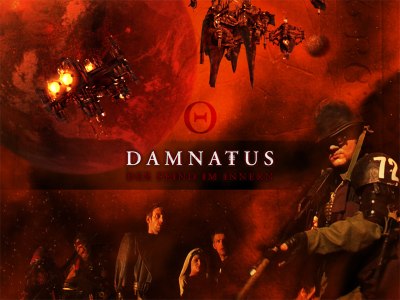 So remember guys when that big brouhaha regarding the German fan-made file Damnatus hit a couple of years ago.

When we last heard the story, the film was consigned to a dark oubliette of secrecy, never to be released.

That is until a little bit ago, when the good ole BoLS emailbox was pointed to this little gem sitting out on Google Videos (which I’m stunned is still up and running in the wake of Youtube). According to the Google date, its been sitting there since February 18th!

Now I never saw Damnatus in its first drafts, so I can’t say one way or the other if this is the real deal. But, whatever it it, its clearly a fan-made production running about 90 minutes.

~Is it possible Damnatus is out of its cage and running free on the tubes? It’s also in un-subtitled German. Ugg…