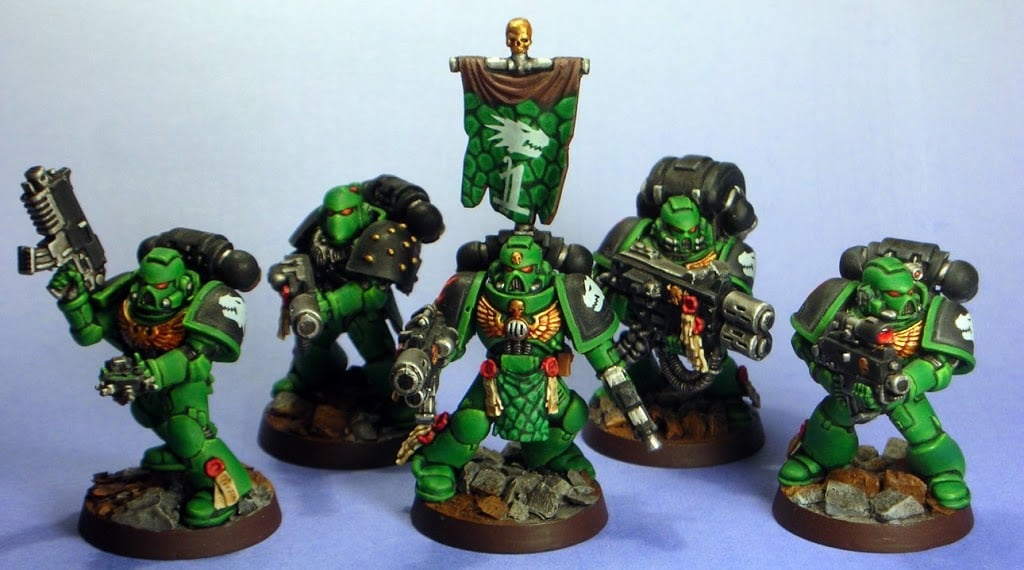 Here are some pics of some of the Salamanders I’ve been painting up for the Badab War this fall.

When I pick an army, 75% of my decision is in how much I like the color scheme. That’s what drew me to the Salamanders: their true green armor with a touch of black, accented with flame patterns. After reading up on some of their background and Vulcan’s nifty ability to make the best weapons in your army (melta/flame weapons and thunder hammers) twin linked or master crafted, I was sold. Rather than leave all those extra ammo pouches and purity seals on the sprue like I usually do (after all, they have no real effect on game play), I saw them as a way to make each marine unique. It also makes it appear that every squad member has a specific role (sniper, electronics, demolition, etc.). I wanted a few of my Salamanders to have mk. 6 “Corvus (Beakie) Armor,” namely special weapons troopers. It only makes sense that the squad members with meticulously cared for, master crafted melta guns should also be the most experienced, veteran troops in the squad. The only real bit of conversion work I had to do on this model (since the current boxed sets come with studded shoulders) was filing down the banding on one of the pauldrons. I also added a smaller version of a Salamander’s mantle to the squad sergeants and squad banners. The scale patterns were painted on by hand rather than sculpted.

~ If you’re interested in learning some of the painting techniques I’ve used on these models, let me know. If there’s enough interest in something (the blending, scroll-work, basing, etc.), I’ll write up a stage by stage article. 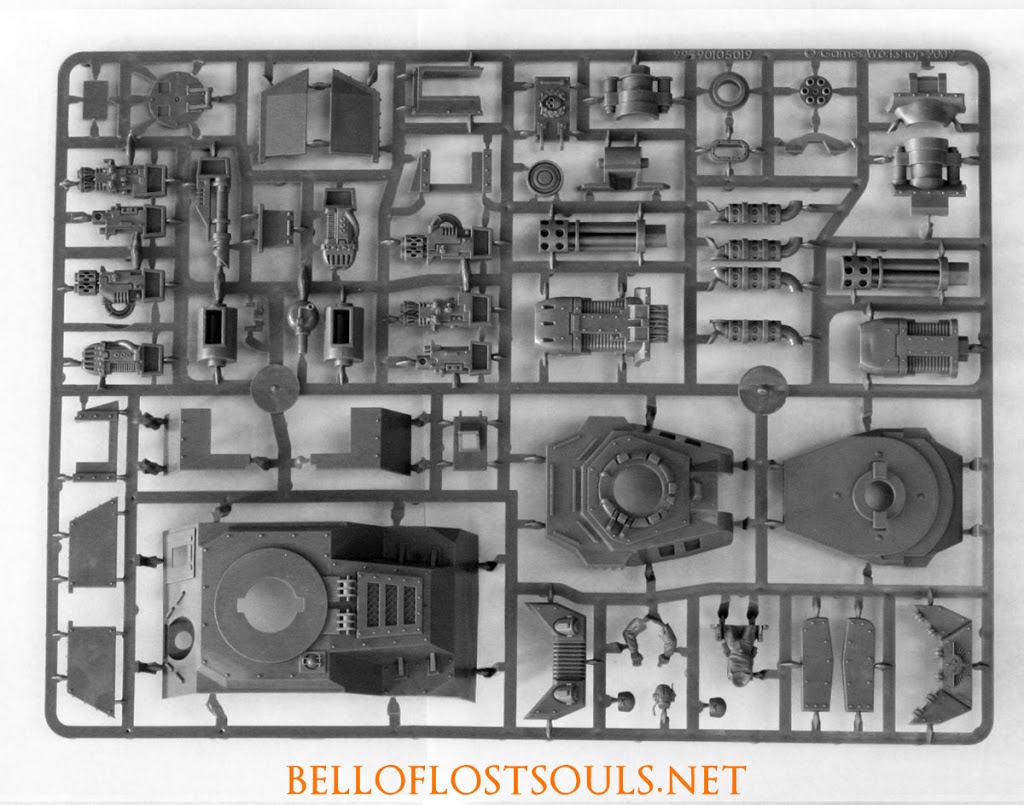