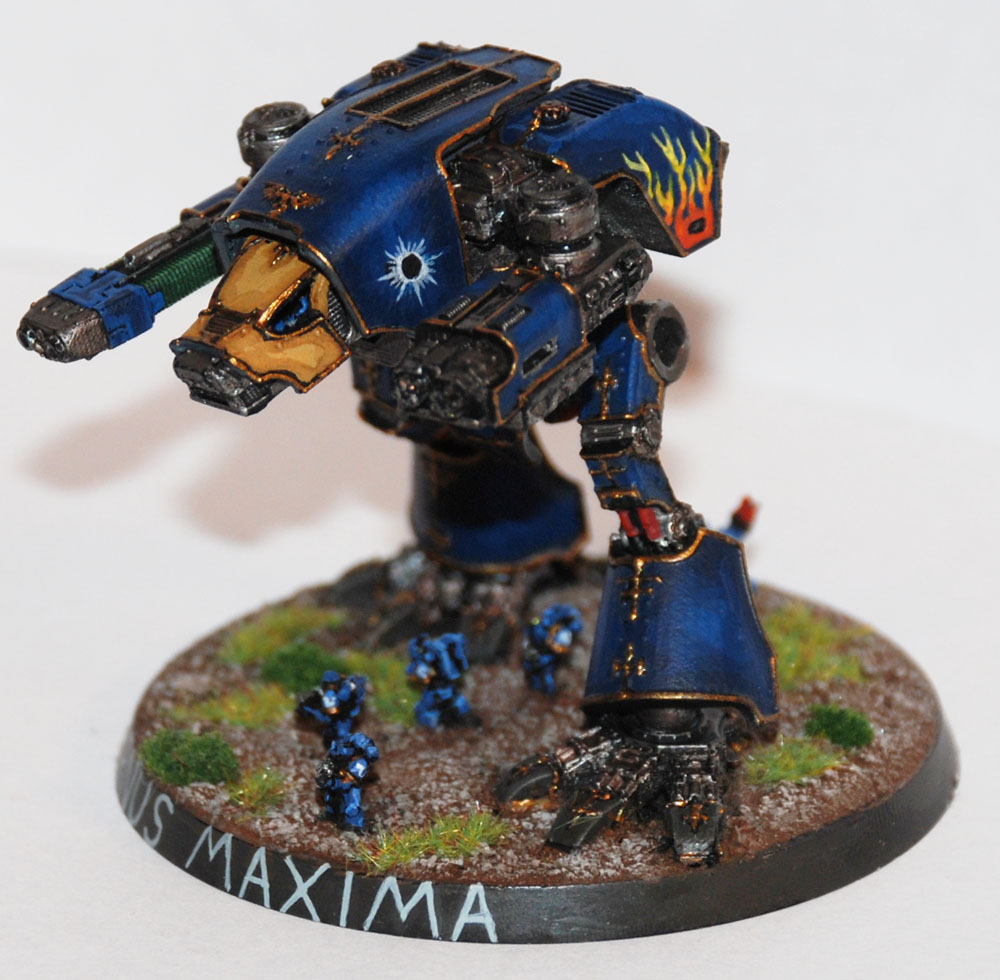 A mate of mine, Evil and Chaos, recently scratch-built a Warhound Titan (Avernus Maxima) for use with Epic:Armageddon. He scratch-built it because the current Mars pattern Warhound miniature is not very good, and the Forge World model is not currently in stock. Open the image and get close to check out the attention to detail. This is a 6mm-scale model, don’t forget–there’s a lot of love in this bad boy. I particularly dig the 2nd Company Ultramarines on the base…I think I’ll be stealing that idea for my own titans in future.

By the way, if you were thinking those Epic-scale Marines look particularly good, it’s because they’re uber-rare Forge World multi-part models.

He even detailed the cockpit and crew. Wicked stuff. The current Mars Pattern Warhound Titan for Epic is shown below for comparison. As you can see, Evil and Chaos’ build is significantly more awesome.