40k ASKEW: Where Does an Old Codex go to Die? 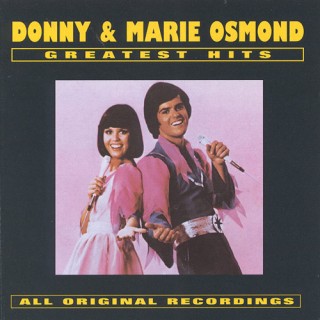 Like the picture above, you might feel like throwing the old Space Wolf codex into a burning pyre to atone for all the past sins of humanity. Or more likely you will put it on some shelf as a reminder of your past deeds on the battle field. Only a week has gone by since the new dex came into our hands and I have already forgotten about the 30 odd pages of the last codex. For generals of old, (old enough to think it was not possible that George Lucas could destroy childhood memories or when dressing from the 80s meant you were at a costume party) you can look back at the stack of out print codices and think what were even in those things?

I am sure just a few weeks ago you can remember complaining about something missing from the new dex, like what are you going to do with a blue Leman Russ battle tank? At least GW could of change the name from Leman Russ to Design Decision. But hey, think about the poor 13th company guy – what is he going to do with all those werewolves?

After just one week the feelings of spite are gone. Then again you could be a Chaos Marine player and never let anyone forget (Gav Thorpe) what has been done to crush your dreams. Still I bet you are fine that your old toys are getting a new lease on life and enjoying the simple joys of not having to wonder if any units have 0-1 availability. Nothing said fun like limiting army builds. If only my Dark Eldar could have access to three squads of Helions then maybe I could prove just how effective they are, wait who am I kidding. Or at the very least have a Green Goblin army.

What did GW do to make us forget? Well for starters leak some ridiculous psychic power that creates a fire storm that could engulf Fenris, at which point you forget you no longer have three cheap power fists in your old Blood Claw packs. Who cares really when you can now one-shot a Carnifex. The older the dex the easier it is for GW to make us happy, who would not be happy with a book three times bigger than the old one. I do miss the front page telling me why I should buy such an army; now we are jumped right into story mode. I also chuckle to myself at the old tactics page telling us how to play the army.

I can’t wait to break into the Space Wolf accessory sprue and use them for other armies I’d rather be playing. Not to mention I cannot wait for the fun having to cobble together three other GW boxes to make Thunderwolf Cavalry or could I just “counts as” using Goblin Wolfriders or maybe I should get GW’s hint and buy ten Canis Wolfborns.

In all honestly, the codex itself looks darn fun. GW really captured the essence of the Space Wolves, not to mention creating a force that plays differently than any other Space Marine army. I cannot wait to see how people field Wolf Guard Packs, I want to make each one different (on a bike, with a jump pack, in termy armor) like some ragtag Space Wolf Dirty Dozen. I’m also really interested in the other powers for the Rune Priests, especially making enemy units roll difficult and dangerous terrain tests, it just sounds mean.

Or you could be already over the Space Wolves. Oooh did you say plastic Gargoyles?

~Go grab your old food stained codices. Do you miss the Foot of Gork cardboard template or is it perhaps the entire Legion of the Damned army? Sit back and remind yourself of those things that gave you joy that you cannot have again. Do you think anything is long overdue for a comeback?

I want to thank the Austin Wargaming Mafia (BoLS) for asking me to join up, like I really had a choice. I’d like to give a shout out to Mkerr for his constant ego petting and making this all possible. Also if you not afraid of worshiping dark gods then come visit me at Blood of Kittens where you can get more of my daily musings. See you guys soon.