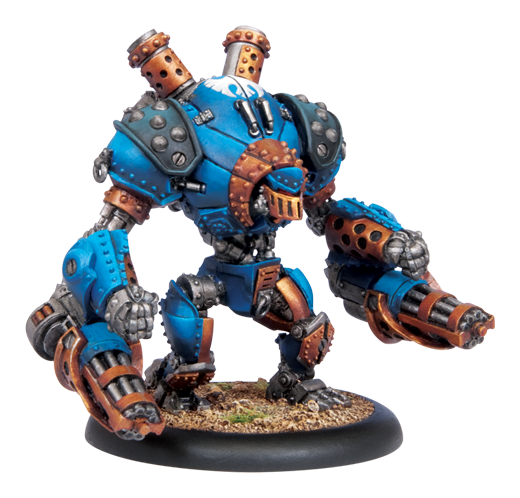 After much anticipation and speculation, Privateer has announced new modular multipart plastic warjack kits for:

Each of these includes options to assemble each kit as one of between 3-4 different warjack variants, and includes all the Stat Cards for the possible buildouts. Release dates and prices unknown.

~The initial painted example photos look pretty sharp, and it would seem that plastic is the way of the future, with now most major miniatures companies working plastic into their ranges. Perhaps we are standing at the beginning of the end of the old-school metal era. Time will tell.