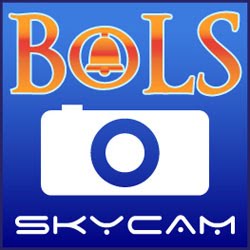 We’ve got a bit of a special treat for you today — a preview of our NEW Skycam Battle Reports! We are always working on new exciting ways to bring you coverage of games and this is our latest creation. We’re still working out the kinks, but I think you’ll grok what we’re trying to accomplish.

Our first BoLS Skycam Battle Report pitted Bigred’s Death Guard against Mkerr’s Blood Angels. These armies are old rivals and have been at each other’s throats since the Horus Heresy days. Here are the army lists:

(If you want to see the battle in all it’s glory, click the “Open in a new window” button for a much larger view.)
Result: Total victory for the Death Guard!

Although both generals played more with the snazzy new Skycam setup than we did with our armies, we managed to have a great time and chalk up another win for the Emperor’s Foulest! (..cough.. ..Bigred cheated.. ..cough..)

Mkerr: “This was one of those games where you keep checking all of the sides of your dice to see if 4s, 5s and 6s were actually printed on them. But any game where I get a couple of charges within Dante and Corbulo’s “Jean Claude Venn Diagram of Death” is a victory in my book! Until next time, Warptime Daemon Prince…”

Bigred: “Ah, nothing gives me more pleasure than killing Dante and Corbulo. Life is all about crushing your enemes, seeing them driven before you and hearing the lamentation of a Blood Angels player that just lost Dante and Corbulo in the same Assault phase.”

So that’s our first Skycam battle report! Thanks for reading/watching and if you have any questions or comments, post them here or send them to me at [email protected]!

~As you can see, we had a ton of fun!  Let us know what you think of the Skycam format and what we can do to improve it.  We plan on bringing it to BoLScon and other major events to give you “in the action” coverage of some of the year’s most important games.  Enjoy everybody!