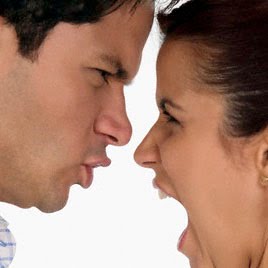 While reading the comments on my recent article I came across several comments pertaining to an old and venerable topic, 40k vs Fantasy, which is better, which should I play? This argument has been going on pretty much since the two systems where first released and has lasted to this very day, leaving both sides very entrenched and often bitter. Both sides have formed stereotypes of the other and have propagated them. Fantasy players generally argue that 40k lacks tactics and is for kids, while veterans and the older crowd prefer the tactically rich environment of WFB. 40K players of course argue that 40k is just as tactical, but more dynamic and fun, lacking the restrictive movement rules of WFB. They often think WFB players are a bunch of stodgy old coots, while 40k players are a younger more active and dynamic crowd. Here are a few quotes that sum up the sides:

“its about tactic, thats what i miss in boring 40 K games, where it is always “pushing a few figures around how u like it, “always get ur 4+ cover save” – do i need armour in firefights?”, “oh i always hit on 4 +, no hit modifications, i need cover, no i have 2 + armour” and throw dices to see who is more luckyer, 40 K is boring and lacks tactics, thats it and nothing else, and everyone who says something else just dont get the truth by staying next to it!” – InquisitorZorn

“Its all between two fractions, one wanna play just the fluff and have a nice time without thinking too much, they play 40 K….these are often kids and people wo just stay, oh how cool, a space marine, how nice the model looks….
the other fraction wanna think much more strategic, is interested in much more than just “line of sight” and “throw more dices lucky”. They play Fantasy and has the same fun…they are mostly the old veteran players” – Zorni

“for some reason, more restrictive equals more tactical. Because you can move any direction you want in 40k, suddenly the tactical options aren’t there? Doesn’t target priority matter? Presenting someone with two equally unfavorable situations, or multiple targets that are all threatening, that they can’t all kill? Positioning yourself in range of your guns but out of assault range, or surrounding a close combat unit with throwaway units to restrict their movement down the table and slow them down….none of those things matter? Sure maybe it’s not a bait-and-flee unit like some fast cavalry, but the premise is the same – sacrifice, target saturation, controlling the field. The movement phase is the most important part of 40k. Movement in fantasy is important, but even in favorable situations a couple bad rolls will completely screw your entire army. 40k is less likely to cost you the game from a single break test, and since more models fight in combat, the odds balance out moreso that good cc units do well against poor cc units.” – Spellbound

“All this talk about Fantasy being for ‘vets’ and 40k for kids is the biggest load of mythcrap I ever come across.Last time I checked, when I gamed up in new York City, and now in Orlando and my local area, adult men and women are playing 40k.” – BuFFo

I apologize for the massive amounts of quotes there but I think it gets the point across well.

The problem that arises with these two types of thinking is that you get a either-or perspective. Why does one system have to better then the other? Both have strong points, both have their appeal, both draw and strong pedigrees and both draw from a large and varied background. Why do players think they have to chose to be in the Fantasy or 40k why can we not play both system? That is the line I have been treading for the past 12 years. I started playing 40k first, I greatly enjoyed it and a year later I made the jump to Fantasy, I enjoyed that also. For the past 11 years I have played both, I have gone to tournaments and GTs for both, I have played in Ard Boyz for both systems, and never have I retreated playing the middle. A true Lord of Change, you never know which one he will go with.

Both systems have a lot to offer to players. Fantasy has a very interesting set of movement rules. 40k has a refreshing freedom of movement. Both call on a different set of tactical skills and will test you in different ways. Some times I feel like marshaling the might of the Imperial Guard, of crushing my enemies beneath the treads of my tanks. On other occasions I feel like unleashing flights of dragons to soar over the enemy ranks and burn them with fire. Some times I feel like cleansing the heretics with the might of the Space Marines. At others I feel like raising an army of undead monsters and overrunning the lands of man. By playing both systems I able to do both.

Many local players have recently made the jump to the other system, Jwolf, Bigred and Goatboy, have all started Fantasy armies this year, after years of playing only 40k, all have greatly enjoyed themselves at the new game. Jwolf’s Lizardmen have become the terror of the local gaming club, while many have admired the elegant snow basing of Bigred’s Dark Elves. Goatboy’s Warriors of Chaos army has gained him respect among both fantasy and 40k players. Several players have made the jump the other way, Jordan Braun for one, last years WFB Ard Boyz champion, has recently started a Space Wolf army, and he is not alone. Indeed most players in my local group now play both systems without regret.

The point is don’t let your preexisting conceptions of the system you don’t play prevent you from trying the game. Maybe the next time you get that new army bug rather then starting a new army of the same system you might consider making the jump to the “other” system. For those you who enjoy the power gaming aspect, consider that you might find a whole new group of people and rules to dominate ruthlessly. Modelers should look at the new wealth of wonderful minis they can work with, while the “fluffier” players can look forward to a new and rich background to explore. If finding players is a problem consider convincing a small group of friends to all make the switch at the same time, maybe by starting an escalation league. It’s a great way to renew old friendships and learn a new system with a group of people who will all be the same “level”. Ultimately its about not limiting yourself and exploring new aspects of the hobby. By bridging the gap we can bring new blood and ideas into both systems, and create a dynamic community. Who knows, you might just see with your fresh eyes a tactic that others have overlooked! Of course many of you may have played the other system in the past and given it up, often editions ago. If so its important to note that both systems have changed and maybe its time to revisit the other system.

~So we have a choice. We can all take sides, declaring ourselves “round basers” or “square basers” or we can remember that ultimately we all use bases.