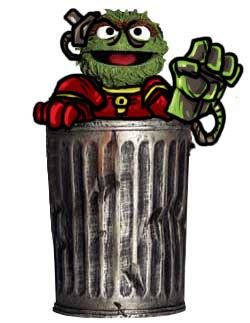 Goatboy here again. How many of you are excited about the upcoming Nids book? I know I am all for a new book that doesn’t deal with ceramite armor plates. What I want to talk about today is some thoughts on what the rumors might mean in the upcoming tournament season.

I don’t want to dissect all the rumors, as I feel that some of them may not pan out as described. Several don’t fall into place with what I feel is GW’s thought process – dropping points cost and creating new mini purchase avenues for armies. This usually means that your old army is either going to double in size or you need more to complete the “unit”. You can see this in the persistent rumors of new changes to the Tyranid warriors as well as the changes to brood sizes for certain monsters. Also the thought on needing two boxes to create one new unit thus “doubling” your purchase.

So here are some thoughts on what we might need to do in the upcoming months if we don’t want to play the all consuming menace.

The Return of Plasma?

With the upcoming launch of a massed monstrous creature army list, does it mean that the old power of plasma might be making a comeback? So far most rumors point to these new beasts being murder in close combat, so the desire to shoot two melta shots and hope for some 1’s when you rush to assault is something that is probably going to go away. Thus the power of plasma to hurt without having the threat of an assault might be something we need to switch too. I don’t think we all need to drop our microwave guns, but it is something we need to consider. I know that a one or two plasma gun squads might do wonders when a Trygon pops up and tries to tell you about the wonder of the hive mind.

Will Powerfists have to be everywhere?

I know when upgrading a character in a squad we usually throw a fist on them. But a lot of the newer armies have started to spam more guys versus equipping a leader with a head crushing cybernetic fist. Will powerfists start to become mandatory with the return of the MC as well as massed 2+ wound creatures? Right now synapse is looking to drop the eternal warrior rule, so strength is going to matter versus Nids once again. So being able to get 3 wounds quickly in a fight is something that might be needed to help sway an assault as well as get rid of something big and nasty that is slowly chewing its way through your troops.

Mech is not Dead.

Running your transports forward will still be a good option. Using them as mobile walls and blast templates will always be a good option versus any horde type list. The lack of consolidation when dealing with an armored box will help let you control the ebb and flow of the game. We have seen some mech-maxed lists floating around and I think they are some pretty good indications on how to deal with the new Xenos menace. Vehicles are still always a pain as they can control the assault by limiting how and what you can hit. Having guys stacked up in a nice row after an explosion is a great way to get an extra shooting attack during your opponents assault phase.

We all know the power of the super assault squad. Will these new armies put an end to it by dominating assault in a way that normal armies can’t handle it? With the push of Monstrous Creatures down our throat and the rumors of multiple units hitting our flanks, will the draw of the super assault unit die? Every codex has lately had some kind of Death Star unit in there and Nids is looking to create some new ones too. Each one has become cheaper then the last so I am seeing the Nids having something that is beyond nasty in there. Is that really bad – assault is one of the few things that we can control pretty well with bluff units as well as sacrificial lambs?

Am I as worried about this codex as I was about the IG one? No, as this book is looking to be a super assault style set up. This army is looking to win the game by engaging the enemy in a way that usually both sides are rolling dice to hurt the other, instead of one rolling to hit and kill and the other rolling just to survive. With the book being handled by the same writer/designer that did the IG codex, I am hoping for a return of every unit being worth while to the overall army, thus allowing you to create lists and builds that fit your style, not just the “best of the net” style. I am hoping with the upcoming codex releases we see a continued build towards armies that are full of cool stuff and decisions that will change your army in a way that isn’t so cookie cutter.

As usual shoot me an email to [email protected] if you have any questions, and I want to hear how you think the nids are going to affect the game. Currently I am building a Space Marine bike army to goof around with. Below are some of the first units for the army. You can see my command squad as well as my Khan. I went with a Viking theme for Khan as I am already going to work on a White Scars army for a client, so I didn’t want to do two of the same army etc. If you like what you see, check me out in the BoLS Bargains section.