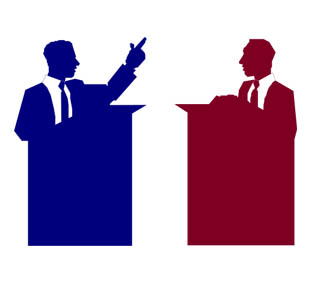 Oh we love to get mail folks, and of course we love to read your well-worded thoughts even when they don’t agree with us. Reader Jim tells what the real skinny is with Wound Allocation rules in 5th Edition. Take it Away Jim!

In a recent article Bigred discussed the implications of 5th edition wound allocation rules. While in the article he’s not a detractor of those rules, like many of the detractors he only looks at a few extreme examples:

Lets take an example from 4th and 5th edition:

One problem with the examples above as being definitive is that the example unit takes 15 wounds from a single enemy unit’s small arms shooting. Possible, but unlikely. A few things that could pull that off would be a full shoota boy mob, a big loota mob, a 50-man combined IG platoon rapid firing (or smaller platoon with FRFSRF) or a squadron of Punishers, and a few of those things don’t count as small arms, and even so the Orks at least would need to be fairly lucky to pull it off. But for the vast majority of times you get shot at you’re not taking that many saves at once.

So let’s look at some other examples, using the same example squad. For the ease of mathhammer, we’ll keep the numbers in easy multiples of six.

4th Edition:
-Unit suffers 12 wounds from small arms.
-Rolls 12 saves (4 saves failed)
-4 models removed, player automatically gets to save the PF sgt or flamer as desired depending on whichever is more advantageous.

5th Edition:
-Unit suffers 12 wounds from small arms.
-Allocates 2 to sgt, 2 to flamer, and 8 to bolter marines.
-On average will fail four saves, and the results are much less predictable than under 4th ed. The possible outcomes:

– All four fails are on the bolter group, resulting in only three models removed and both special models remaining, one more than in the 4th ed example.

-Three fails are on the bolter group and one on one of the special models, leaving one special model remaining (same as in the 4th ed example) except that the player doesn’t get to choose which one survives.

-One fail is on the bolter group and three fails are on the special models. Two models survive again, but both special models are lost. One more model than the 4th ed example survives again, but many players would prefer to keep the PF or flamer alive rather than an extra bolter marine.

-All four fails are on the special marines. Only two marines die, leaving three bolter marines and a cussing marine player.

-End result is much less varied than in 4th ed – sometimes better for player taking the saves, sometimes the same, sometimes worse.

But let’s see what happens when a more common, but still easy to digest (based on d6s) number of wounds comes into play – say the unit takes six wounds from small arms.

Simple and predictable. But what happens these days?

5th Edition:
-Unit takes six wounds.
-Allocates 4 to the bolter marines, one to flamer and one to sgt.
-Rolls saves, on average two should fail. But who? I’m not going to break it down like the 12 wound example above, but suffice it to say that whereas in 4th ed the flamer marine and sgt were safe, now there’s a chance they’ll die. Same number of lost models, but a much greater risk to the power of the unit.

What do all these discussions and examples overlook? Something that was indeed overlooked in many 4th edition games – “torrent of fire” – in 4th ed if a unit took at least as many wounds as it had models, the attacker could nominate one model to be forced to take an individual save. So in all the 4th ed examples Bigred and I presented, you need to also consider the 1-in-3 chance for the flamer or sgt (attacker’s choice) to bite it irrespective of what happens to the rest of the unit.

So what does it all mean?

It means that wound allocation is a mixed bag. Sometimes it works wonders for the defender, allowing you to shunt dangerous wounds off onto schlubs and protect your specialists. But other times it presents a danger to those specialists. One last example:

4th edition:
Unit has not taken enough wounds to allow a model to be singled out under “torrent of fire”, so saves just taken as one group. On average with six 2+ saves, one will fail, and the controlling player can choose whichever he wishes, probably the combi-bolter/power weapon one.

5th edition:
Having to allocate all the wounds to the unique terminators, the controlling player has to make some tough choices. Who does he protect, since he can only ensure one is completely safe? The champion? The icon bearer? The heavy flamer? Again on average he’ll fail one save, but it’s possible this time that it will remove a model he would have preferred to keep. In this instance wound allocation has made the tough individually equipped unit MORE vulnerable than it was in 4th edition.

In conclusion, overall for single-wound models wound allocation is a mixed bag – sometimes advantageous, sometimes dangerous. Over the course of many different situations and save rolls over many turns over multiple games it balances out. It is something that both players have to consider and take into account – do so well and it can help you, ignore it at your peril.

For multi-wound models that can be individually equipped, have a variety of saves including inherent cover, second-chance saves and good mobility (and decent shooting and powerful CC abilities…) it’s a whole ‘nother ballgame…but that’s also another discussion!

~Thank for letting both BoLS and the community hear your thoughts Jim. I’m sure he’s waiting to hear your’s.