EDITORIAL: Spirit of the Game, Part 2 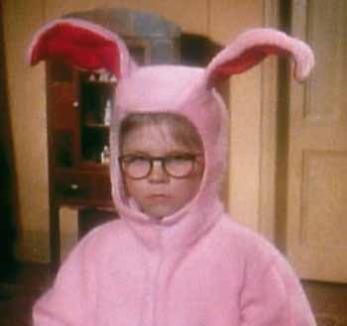 Last week I opened a can of worms by looking at “The Spirit of the Game” circa 1998. In the conclusion of this two-part article, let’s jump forward a decade and hear from Jervis Johnson — and from a few of our most vocal BoLS readers!

In 2007, Jervis Johnson wrote a Standard Bearer article about the soon-to-be-released Apocalypse. Fortunately for us, he took the opportunity to pontificate a bit about “The Spirit of the Game”. If you remember his quote from 1998, you’ll see that Jervis jumps from “be ready to play Warhammer in the right spirit or not at all” to a more reasonable player that considers the implied social contract that we enter into when we play a game.

On the heels of the release of Apocalypse, Jervis was concerned that the expansion might seem like a “license to create the most monstrously unbalanced armies imaginable“. But the developers discovered an interesting phenomena: when they loosened the rules of the game, it forced players to work together to play in a manner that was more consistent with the spirit of the game. They discovered if any player exploited the freedom they were given, the fun just got sucked out of the games. (So does the competitive nature of the game have a lot more to do with the controls put in to curb abuse – like Force Organization and army size restrictions – than the nature of the competitive player? Something to ponder. — Bigred)

As a result, Jervis noted:

“So, one of the first things you need to bring to the table when you play Apocalypse is the right attitude, one that won’t break the social contract between you and the other players.”

Again, Jervis defines the “right attitude” as one that focuses on strongly themed games that emphasize fun over winning at all costs. He acknowledges that playing to win is important, but you shouldn’t allow your desire to win become more important than anything else.

He says the best way to make sure your opponents have as much fun as you do is to talk to them. “Ask them what they want from the game. Talk about the rules you’ll be using, especially things like how terrain and lines of sight will work. If they seem unsure about the rules for anything, then take a bit of time to explain them. Above all, treat your opponent as you like to be treated yourself.“

He closes with “often this will mean that you’ll have to throw caution to the winds and do things because they will make the game more fun for you and your opponents, rather than because they are the most sensible tactical moves to make.” He gives the following example:

“For example, in the last turn of a recent Apocalypse game, Tigurius and a depleted squad of Scouts found themselves about to be charged by Lucius the Eternal backed by a large squad of Chaos Space Marines. The sensible choice would have been to pull back, leaving Lucius with nothing to fight, as Tigurius and his Scouts had little change of surviving if they hung around. A sensible choice, yes, but dull, dull, dull! Instead Tigurius made a desperate last-turn charge and was rewarded with a mighty cheer when he managed to dodge all of Lucius’ attacks (the Chaos player rolled a lot of 1s), and then slay the Chaos Lord with a single blow from his master-crafted force weapon. This was a really memorable event that will stick in the minds of the players long after they’ve forgotten which side won or lost the battle.”

Jervis recognizes that this isn’t for everyone and that there’s nothing wrong with playing Warhammer like it’s any other game, “to be won by any means possible“. But he says that if you do that, you miss out on a lot of the very things that make the game unique.

I’ll close this article with some responses to my questions from part one of this article. Let’s hear from BoLS readers on the Spirit of the Game:

“Low expectations are the key to happiness.” — RealGenius

“When I play a game I like to play the best game I can with the best list I can make and actively choose opponents who do the same. If I win great. If I lose, that’s great too because I still get a good hard-fought game.” — TwoHeartsButOnly1Wound

“Spirit of the Game means playing to win but not curb-stomping your opponent. Be fair and point out his mistakes as well as your own (not just the ones that benefit you either).” — taipan567

“An army that cannot compete is not a fluffy army. It’s a BAD army.” —  BlackSly

“The spirit of the game, to me, is putting my best list, my best sportsmanship, my best attention, and my best tactics on the table. Playing to win doesn’t mean being an A-hat. It means giving my all in the game no matter the outcome.” — rancor709

“I try to always remember the golden rule: ‘It’s Just a Game!’. And with every game, you will have good ones that go in your favor and bad ones where you lose. It’s just part of life. It’s never something to get upset about.” — Jaradakar

“How important is good sportsmanship to the game? It’s everything.” — BuFFo

“To me, the spirit of the game is rejoicing in the background of your army, and seeing your army pull off cinematic moments on the battlefield. Keeping that in mind while I’m playing prevents me from losing sight of why I’m playing the game and ensures that I’ll always have fun. And quite usually, it makes my opponent have a lot of fun too!” — Moriartis

“I make the Rhinos and tanks go Vrooom Vrooom.”— Tynskel

Great responses everyone! They certainly gave me a lot to ponder. I know we’ve only scratched the surface on this concept, so I’ll leave you with one piece of homework. Before you roll any dice in your next game, ask your opponent what he (or she) wants from the game. Share the rules you plan to use and make sure there aren’t any surprises. And do one single awesome thing in the game — don’t consider the tactical importance of the move — only the memory it will create. If you give it a try, I’d love to hear from you!

~As always, you comments are appreciated. You can leave them here or email them directly to [email protected] You can find more Mkerr musings at Chainfist.com.