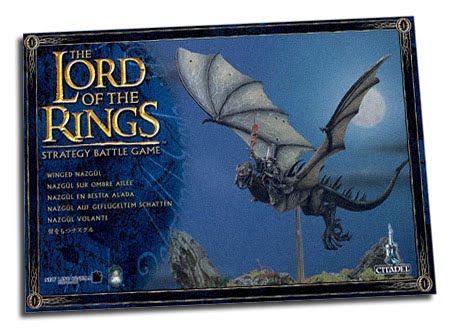 Its been a while, but Games Workshop just released a handful of new minis for War of the Ring, including the fancy new plastic Winged Nazgul.

~It had been quite a while of relative silence on the War of the Ring front, but GW has been adding in some White Dwarf coverage of late for the system.  For the general wargaming community, the plastic flying Nazgul is the intereting thing in this release window, with a lot of potential conversion opportunities just with those wings alone.

After one year, we here at BoLS have to say the WotR system does have some balance issues that can hurt tournament play (more on that in a later article), but nothing that a single page FAQ couldn’t clear up entirely. Tick tick, tick tock… We’re waiting Mr. Vetock.