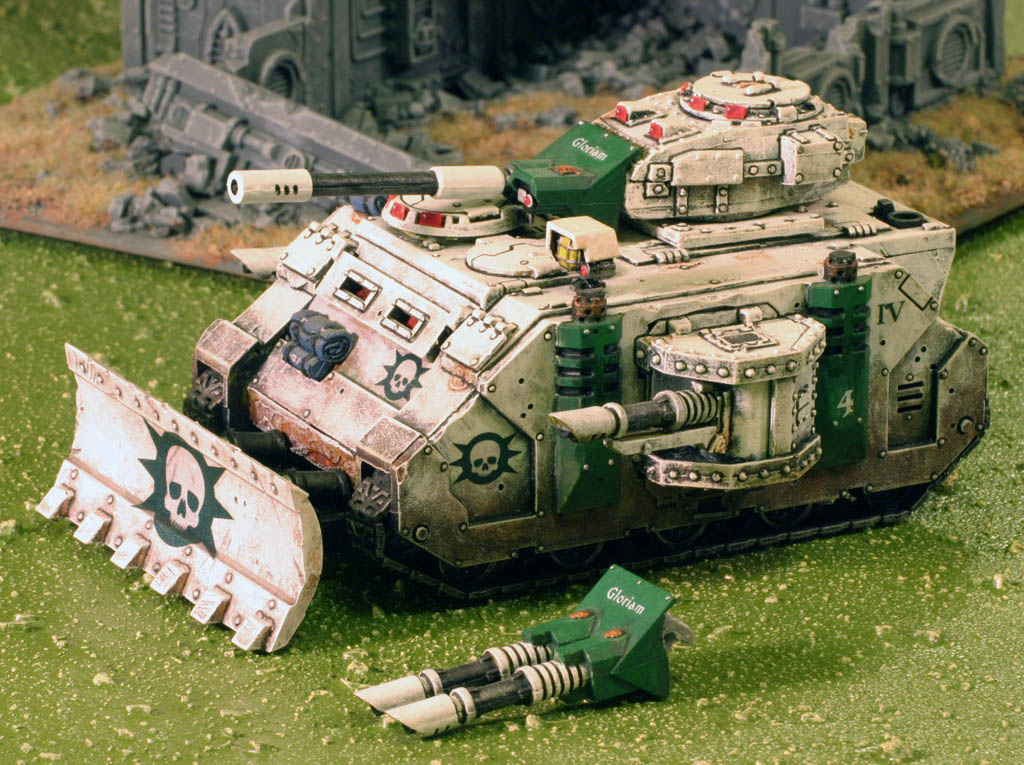 I’ve gotten a few questions regarding my general take on “pre-heresying” minis, so I wanted to walk you through a quick and easy conversion I did for a Predator to get you on the Heresy modeling bandwagon.

Now in general, the bible of pre-heresy ideas, and inspiration is the Horus Heresy: Collected Visions book.  This massive hardback is full color and packed with the history and artwork taking you from the Great Crusade all the way through the Siege of Terra.  Its got it all; original Legion schemes, Dark Mechanicus, Robots, Custodes, Primarches and everything in between.  It’s also a deal on Amazon. So back to my Predator.  I wanted an antiquated feel for the vehicle, but didn’t like the small scale of the old 1st and 2nd edition models.  So my simple solution, was a modern rhino, and an ancient Predator off ebay for about $10. By amazing chance, the old metal sponsons fit snugly in between the Rhino’s side hatch protuberances and handles, so it was effortless to line them up and glue them in place.  The only tricky part of the conversion was a bit of magnetising and glue work to fit the modern weapon manlets into the front space of the old turret. A big beefy dozer blade, nice paintjob, custom decals, and heavy weathering merge the two kits visually, and I was off to the tabletop.

~Yes, I know the lascannon variant is a post-heresy invention, but a Chaos worshipper has just got to have options 🙂