FoW: An Analysis of the Tommie 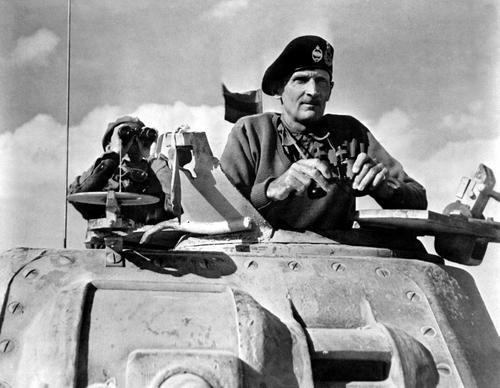 Welcome back Flames of War readers.  Today lets look at the army that first stood up to the Germans, the British.

I find the British list are very Rock, Paper, Scissors. First the British Bulldog and Carry on Sergeant special rules means that once you are locked in Assault, you better kill them all, because the British are not going to blow away due to failed Morale. Night Attacks and Advance Under Darkness really can help British Infantry armies if they have to attack. Tank special rules are great when you can sit back and pop shots. If you have to move, well, at least your Sherman can theoretically have an even fight with Panzer IV-H. Interesting enough, Tow hooks and Tip and Run rules make 6 pdrs enough of a nuisance to consider in a list. Artillery special rules apply if you have 8 guns. Anything less you lose your benefits. But they are well worth it.

One of the great thinks about the british is you can tailor your force as either straight British or one of the Commonwealth nations, allowing a lot of opportunity for a characterful army.

Rifle Company:  B+  Defensive – Fortress Europe, Monty’s Meatgrinder
Plusses-Very solid list with plenty of punch with Artillery and Support platoons.
Has large platoons that help with rookie mistakes. Carriers provides some speed, and Churchills provide nice Heavy Tanks. Crocs are awesome.
Drawbacks – Tends to be very static and reactive, and support platoons are small. Most younger players lose patience with this army and overextend.

Motor Company:  D  Flexible – Fortress Europe
Plusses– Speed can be deadly if you can stay on the board long enough. Your infantry platoons don’t have the mass to stay isolated.
Drawbacks – Generally, considered one of the poorest lists in the game. Very small combat platoons and reliance on Carriers.

Armored Car Squadron:  D+   Flexible – Fortress Europe
Plusses– If you like Armored Cars, then this is the list for you.
Drawbacks – Very expensive, hard to master, not a whole lot of support. Only infantry caught out in the open will be scared.

Armored Company:  B-  Attacking – Fortress Europe – Hell’s Highway – Villers Bocage
Plusses – Shermans with one at AT 13 in the platoons. Semi indirect can help, but usually doesn‘t against other armor. But its tanks, and tanks are fun! Might add some Wolverines for AT 13. However, this list absolutely rocks against infantry.
Drawbacks – It still Shermans, and Shermans have hard time with German Tanks and really limited support.

Armored Recce Squadron (Variation of Armored):  B  Attacking – Fortress Europe – Hell’s Highway – Villers Bocage
Plusses – Shermans with jalopies or Cromwells with FF or Challengers. Cromwells are fast, if you use the speed, you have increase your chance for victory.
Drawbacks – really limited support, but HH or VB list give a bit more . Shermans can be an issue.

Paratroop or Airlanding Company:  A  Defensive – D-1
Plusses – Large F/V Platoons that have some AT properties. Cheap real moneywise. Can handle noob mistakes. If you can squeeze in some smoke making templates, you will do fine.
Drawbacks – Very expensive points wise, ergo small number of platoons

See ya the table….
A guest piece by Bluestroll