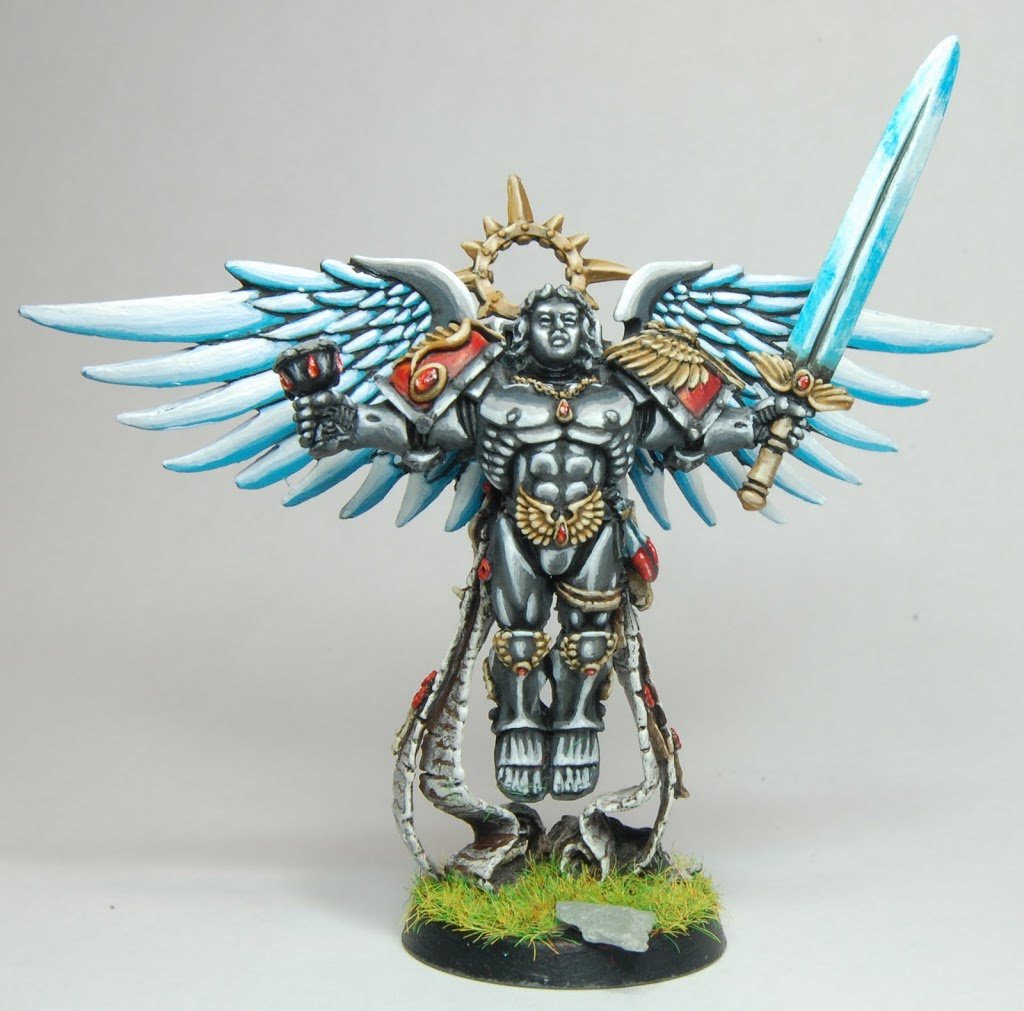 The Blood Angel book is peaking everyones interest now and one of the first models to catch my eye is the Sanguinor.  Here’s how I painted him up.
I’m a huge fan of epic characters and they are by far my favorite things to paint.  This dude is no different.  As soon as I saw the model I knew I wanted to paint one for my Blood Angels army.  So without further adieu…
I decided before I had even purchased the model that I would challenge myself with it.  I would use no metallic paints, sticking to non-metalic-metal techniques that I’ve dabbled with in the past.  I also knew that I did not want to make him gold toned like the book had.  My blood angels force is a little different and I wanted one of the soon-to-be star characters to be different as well.
To be perfectly honest, I wasn’t sure how it was going to come out.  I knew I wanted him to be gray tone and I started out with my new favorite gray primer followed by a wash over the entire model.  This gave me the dark gray that I was looking for, darker than I had actually planned.  I decided to just go with it and started doing the NMM gray tones and knew almost from the start that I was on to something good. I also knew from the start that I would be using blue, followed by increasingly lighter blues, and finally white on the wings.  This matches many of the aquilas I’ve done on the other models as you can see on Lemartes.  I wasn’t originally going to use any gold tones on the model, but after the grey was done, I decided it might actually look good.  I think it does…

The last thing I did was his sword and the gems.  The gems were as easy as ever since they are nearly all blood droplets, standard red tones with some orange-y highlights and some light reflection.  The sword actually took me quite a long time to decide on.  I had really no clues or ideas on what to do.  I even asked for some ideas on my blog.  After taking it all into consideration, and considering my own talent, I decided to do bright blues/turquoises and use blending to bring out the reflections and light.  I took a drive to the game store during lunch, bought every turquoise tone vallejo makes, and promptly forgot them at the office.  So I made my own colors.  I really like the final look. Overall, I’m very happy with the look.  Everything went together very well and I think he looks awesome on the table.  I had intended to use him and my Blood Angels for a fun little event at the LGS, only to realize that I had forgotten to prepare a drop pod for one of my dreadnoughts.  He will have to wait a little longer before he sees any organized events.  I picked up my other primary HQ, Astorath the Grim over the weekend and I’ll be starting on him pretty soon.  I’m looking forward to it.
~Any one else gotten their Blood Angels characters finished?  What sort of looks were you going for?  As always, comments are welcome.  Feel free to visit Bushido40k for more details as well as some additional completed photos and some I took with him a work in progress. 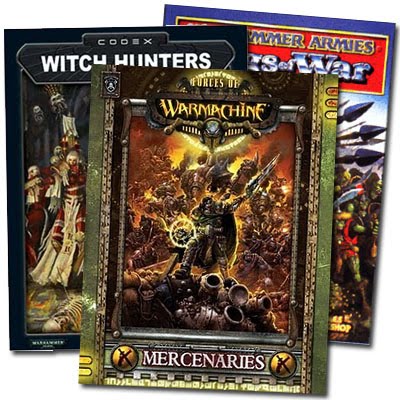