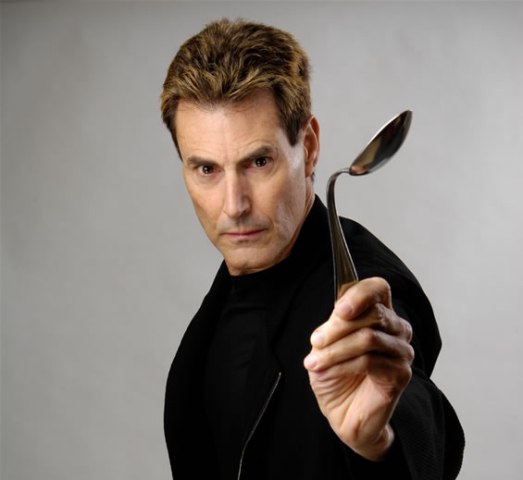 In terms of characters in the 40k universe more than a few of the most powerful and interesting tend to be psykers, and arguably the single most powerful entity in the entire galaxy, the Emperor, also happens to be one of the most powerful psykers we have ever heard of. Psykers and psychic powers are extremely prevalent both throughout the Imperium and among many of the other galactic powers; the Eldar are all psykers, and their most powerful practitioners have power and finesse that humble all but the greatest of human psykers, the Orks are all linked by subconscious psychic fields and their Weirdboyz and manifest this group energy in unusual and potent ways, and Chaos sorcerers wield horrific daemonic abilities.

But one thing that is quite difficult to judge in most cases has been the question of relative power. With the goal of qualifying psychic abilities in absolute terms, the Imperium maintains a scale to measure psychic powers; The Assignment. The Assignment categorizes psychic levels along an exponential scale, and each level corresponds to one of the letters of the Greek alphabet

The Assignment actually theoretically continues to categorize beyond Alpha-Plus, beginning a reverse scaling with Beta-Plus and hypothetically continuing to Omega-Plus. No entity beyond Gamma-Plus has ever been observed (or if they have, there have been no survivors), and it is theorized that beyond Zeta-Plus the entity has no need for a physical body and exists as pure psionic force (The Emperor or the Warp Gods may be examples of such extreme levels of power).

The “bottom” of the Assignment is an inverse, representing anti-psykers (the most extreme examples of which seem to be almost unique to humanity). These rare individuals are psi-inert or even actively impair psychic activity in their vicinity:

In addition to classifications of power, the Imperium also recognizes and categorizes a number of specific psychic disciplines, each one representing a field of different psychic techniques that are based on similar fundamental principles. Psychic abilities in general are exceptionally difficult to master, and usually a practitioner will only be able to become truly proficient with one of these disciplines, a very skilled psyker might become skilled in two such disciplines, and while a talented psyker might dabble in several different disciplines, it is a truly gifted psyker who can truly master more than two.

Biomancy: The ultimate expression of “mind over body,” Biomancy is the discipline concerned with the manipulation and control over living flesh. Biomancers can greatly enhance the performance of their own bodies, or potentially use their gift to heal damaged flesh.

Telepathy: The discipline concerned with directly influencing the mind. Telepaths can read the thoughts of others, and share their own thoughts. Powerful or skilled telepaths can tear whatever knowledge they desire from another’s mind no matter how deeply buried, rewrite their memories, deceive their senses, or even control their bodies like puppets. While subtle, this discipline can be one of the most potent.

Telekinesis: The ability to exert the user’s will as physical force. A telekine can bend the laws of physics with will alone, they can hurl objects with a thought, stop bullets in the air, reverse gravity, or lash out to batter or crush a foe with pure force. A powerful user might crush a tank with a single thought, or might subtly manipulate the tumblers of a lock, or pull the pin from a grenade.

Pyromancy: Perhaps the most outwardly obvious of disciplines, Pyromancy encompasses the creation and/or manipulation of fire. Pyromancy is one of the most unsubtle and also one of the most common of psychic disciplines. While its applications may be limited and generally brutal, they are undeniably potent; pyromancers can hurl balls of psychic fire, or incinerate a foe with a thought.

Daemonology: The art of opening the real universe directly to the Warp, and usually the purview of sorcerers, as the name suggests this is the perilous ability involved in the summoning and binding of daemons. Beyond this, there are many other less obvious potential applications of Daemonology, such as the ability to tear open warp portals or even to effectively “teleport.” As opposed to summoning daemons, the knowledge and practices of Daemonology can be used banish these entities. Relying more than almost any other discipline on occult rituals and study, Daemonology is less dynamic than other disciplines, but no less powerful.

Theosophamy: The subtle and rare art of manipulating the interaction between the Warp and realspace. Theosophamy can be used to seal open warp portals, or calm disquieted Warp currents. Most important to this discipline is degree of control and intricate manipulation, rather than the exertion of raw power.

So with all this in mind, where do you think some of our favorite 40k characters fall on The Assignment? And how do some of the abilities described in the rules and in novels fit into the different disciplines? Do these disciplines have any meaning for non-humans? What about The Assignment, where does the average Eldar farseer fall on that, and how does he/she compare to, say, Eldrad Ulthran? What about Weirdboyz? And where do the powers exerted by the Hive-Mind through synapse creatures fall?If you have a favorite corner of the 40k lore that would like to see featured, or just a lore question you think would interest the community, let me know. Ideas are always welcome.

The End of the The (Leafblower) Affair 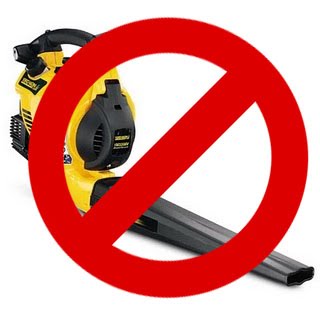