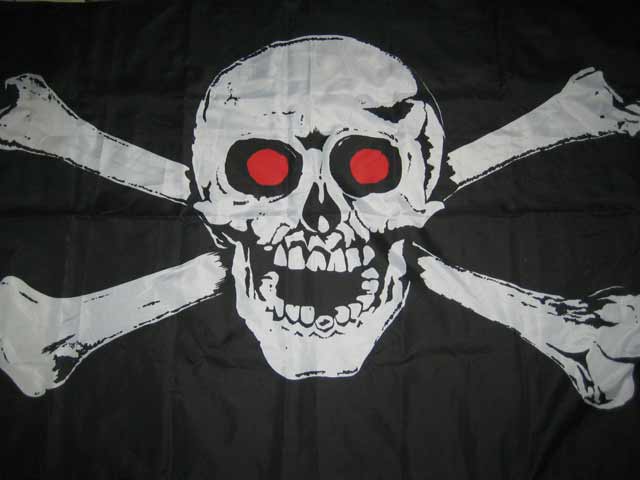 Yes, they do exist. And they are quite intimidating if you have never faced them before. In this four part article series I will describe some of the more popular deathstars and how to fight them on the field.

The three deathstar army books are Vampire Counts, Dark Elves, and Warriors of Chaos. The idea behind a deathstar is to make a unit incredibly tough, ferocious in combat, and worth the majority of victory points in the army. These result in a draw or win if your deathstar lives through the battle because the rest of the army is worth very little in victory points.
To face this kind of an army for the first time can be a daunting task. Using normal tactics such as flee and flank really do not work versus these kinds of units. They are most likely stubborn or do so much damage that even a flank charging the unit will still not lose combat. Today, we look at the vampire counts deathstar. The unit will have a very good save versus shooting or magic through some magical means.
The VC Deathstar
The vampire counts deathstar is mainly built around the Drakenholf banner. This banner gives regeneration to the characters and unit it joins. Combine with the ability to regenerate combat resolution crumbling wounds even static resolution does little to this unit. Throw in some hitty vampire characters such as a dreadlance redfury vampire lord and it’s off to the races. An example of this unit would be a vampire lord and vampire hero with loads of killy powers and items next to a wight king bsb with the drakenholf banner all wrapped in a 9-12ish sized unit of black knights. This unit is worth around 1000+ victory points and can make mince meat of almost anything that it charges. Even hitting it in the flank the unit will most likely have around 4 static res through a warbanner, walking death, and 2 standards.
Advantages:
Usually in T4 troops possibly mounted with a 2+ armor save
Unbreakable
Regenerates any wounds caused to it on a 4+
Access to movement magic
Static res of 4+
Disadvantages:
Depends on characters to do majority of combat wounds
Vampire lord holds army together
If you kill the BSB or destroy the banner the unit loses regen
Flaming attacks ignores the banner
Anti-VC Deathstar Tactics:
Avoidance: If you have the spell defense and some fast moving throw away units this can be a easy way to deal with most deathstars. The VC star does not shoot so it can only gain VP through kills in combat. Deploying further back then usual, making most of your ability to march block the unit, and putting chaff in the way like harpies or chaos hounds will drastically slow the game down for the VC player.
Fire: Metal and fire magic are both good ways to bring pain to this regeneration dependent unit. Burning iron is incredibly good. Lizardmen players with bane head really have little to fear from this unit since they most likely can kill the BSB by turn 3 with burning iron plus bane head. The VC star also fears khorne demonic characters. A bloodthirster with firestorm will make quick work of this unit barring he can dispel the invocations of raising champions. In any case, if you can burn it you can fight it!
Assassination: Another way to fight the VC star is to go for assassination attempts. If you can kill the lord or BSB the rest of the game can be much easier. Models with access to killing blow are a great example of how to hit this unit where it hurts. My personal favorite assassination was when I charged a unit of darkriders, with the killing blow cauldron buff, into the flank of the deathstar. My opponents’ BSB was on that flank. I was able to get 4 dark riders to swing at the BSB scoring 4 hits with hatred and that dastardly 6 popped up.
If you need a big win, this might be the only option. There are always stories going around the local shop when a Vamp lord failed all 3 of his armor and regeneration saves to lose the game. I hope you never have to see this kind of list across the table. But, if you do, now at least you have some ideas on how to brawl with it.
Has the Dickenholf banner ruined your day? Do you play a Deathstar? Tell us your thoughts BoLS about deathstars.