Very few people have been talking about Tyranids and putting them in a lower tier or mid tier list on the tournament scenes. This is a list that I have played before and have had great success in fighting Mech IG lists (including Leafblowers) as well as heavy assault lists. The list is simple to use for newer and advanced players and like other 19th Hole lists gives a basic flexibility that is needed for 5th edition games.

Army Tactics
The basic idea behind this list is to overload a certain area of the board and create so much momentum that you can blow through the rest of your opponent’s army.

Going First: If you are going to go first you hide your Hive Tyrant behind no LoS terrain and wait till the second turn or put yourself into position to take pop shots to blow down transports or high targeted areas. Your Hive Guard starts working on transports while protecting themselves around the Tervigons and Termagaunts. You give your Hive Guard FNP from the Tervigons and run them up in a small block. You use your gargoyles to either deep strike in the back field and harass or run them up a flank to deal with light infantry. The key part comes on round two where you deep strike all your Trygons on one side and deep strike your Zoanthropes into the same side. You should at least get two or three units that will come in reserve with the +1 from the Hive Tyrant. You will hit side and rear armor on vehicles if you position your Trygons correctly. The Trygon prime is just there to keep the other Trygons in check and to bog down a enemy psyker if you deep strike near one. Yes there is a gamble or a risk involved in this one but it will pay off big time in most games.

Going Second: If you are going second or your opponent deploys in reserve that is still great. It leaves you in a position to start grabbing objectives, spawn more troops from the Tervogons and allows you to Deep Strike the Trygons in the middle of the board. You will hold the board with your firebase and when your opponent has tanks come on the board you go after them and pick them off piece meal. What you have to worry about in games like this is the counter assault that people will set you up for. Because if you commit your three Trygons too early to powerful enemy assault units and they are not supported they will break down fast. People will think Trygons can be killed very easily but don’t be fooled with a high toughness its hard to get a lot of weapons to bear on them quick enough to bring more than one down. Especially you deploy on the flank where they can’t get weapons to bear easily.

That is this week’s list, now remember you can tweak and change it if you want for a softer game and there are things you can do to make it harder but its your choice at the end to use it… Otherwise I’d love to hear your thoughts on its design as well as you own tweaks and advice. If you have any special requests for next week’s lists, let’s hear them or you can message me on the BoLS Forum. Darkwynn out! 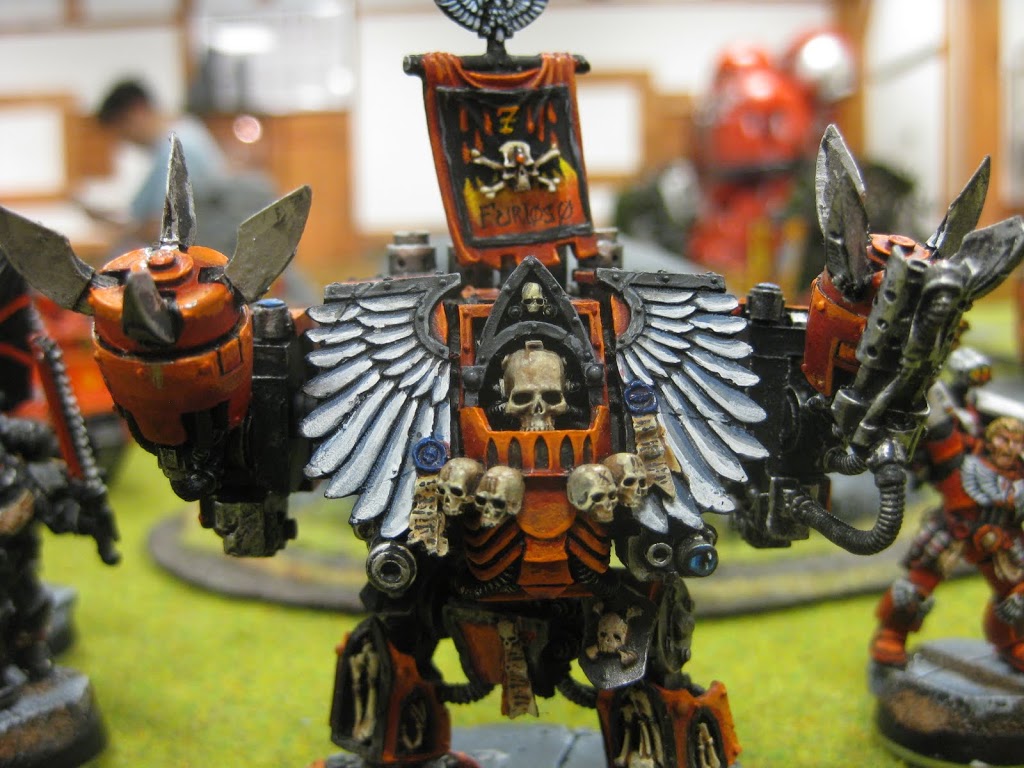