40k Lore: The Nature of Daemons 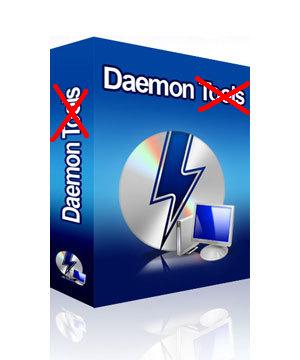 Hey everyone, this time let’s give some thought to nature of 40k Daemons.

First off some real basics that everyone already knows; Daemons are beings of the Immaterium, a cotemporaneous reality parallel to our own whose and reflecting the psychic reflections of things in the “real” universe, they are composed of the coalescence of emotional and psychic “white noise” from the beings in our universe.   We’re all familiar with this already, so is everybody on board so far?  Good, so let’s just step back and ask ourselves what this actually means.

For starters, it should be noted that the term “Chaos” as applied to Daemons is actually a bit misleading.  Daemons are not really an embodiment of chaos per se, in fact in some sense they are the very opposite of it.  The Immaterium, the Warp, the Empyrean, or any one of a host of other names is in many ways anathema to our concept of reality, it is essentially formless, and unshielded exposure to it causes the stuff of our universe to simply cease to have coherent meaning, the mere bleed-off from it causes the laws of our universe to start doing headstands.  In this sense it might be reasonably (if only from the perspective of our reality) be called “Chaos,” but daemons are something altogether different.  They are, by their very nature, order imposed on this reality where order is fundamentally alien, they are ordered constructs that have formed out of the reflections of our own universe, specifically powerful negative emotions such as rage, hate, lust, fear, ambition, etc.  So in a very real sense they are closer to our universe’s laws than they are to the Warp, order and recognizable desires among fundamental disorder.

Despite their at least semi-ordered nature, within the Warp (a reality of thought, concept, and emotion) they are formless, if only because it is a reality where form has no meaning, but “we” try to perceive it from the perspective of our universe we must impose form in order for it to have any meaning.  Thus when we speak of the Skull Throne, we must assume that there is not literally a physical throne of skulls in the Warp, but that this is a concept, a physicalization of an idea, which beings of our reality have imposed on something that they cannot otherwise grasp.  But when Daemons intrude into our reality they do require, and inevitably don a physical form, one that usually exhibits certain shared features depending on which of the Ruinous Powers they are allied with.

So why should this be the case?  Why should the forms taken by beings born into a formless reality be so… familiar and reasonable to the denizens of our reality?  In the case of beings that were once mortal like Daemon Princes this is easy enough to understand, their form is dictated by their mortal understanding of reality, their forms reflect their interpretations and resulting manifestations of the formless concepts of the warp, in much the same way that the “Throne of Skulls” is applying form to formless concept.  Similarly Daemon engines such as Juggernauts and Defilers have gained a foothold in our reality by infusing themselves into purpose built machines.  But what of the other Daemons that were never mortal and are not bound to a piece of our universe that already exists?  Surely a Bloodletter, forged of raw impulses of pure spite and rage, would have no concept of what a Daemon out of our mythology should look like, or even for that matter what a “sword” is, so why should they consistently look like a judeo-christian demon or wield a sword?

To my mind the answer is on our side of the universe.  Such being would have no concept of form on their own, so in order to create one they “borrow” from those beings on our side that they face.  Being essentially thought-stuff their form becomes dictated or at least defined by the expectations and preconceptions of those they face, they take the form that those who summon or fight against them unconsciously offer them.  In this way a Daemon might appear quite different if it were to manifest to a non-human.  In time a Daemon that has been in our universe again and again might grow accustomed to the idea of “form” and becomes used to or comfortable with a particular form, so they might become used to a form inspired by human belief and manifest in that way every time, but for the most part I would imagine that they take their cues from “us,” whoever “us” might be in that particular case.

References:Codex: Chaos Daemons & Daemon HuntersWarhammer 40,000 Rule BookRealms of ChaosAnd a whole lota’ Black Library publications
What do you folks think?  How do Daemons define themselves?  What have your own interpretations lead you to conclude about their nature?  What makes them tick?If you have a favorite corner of the 40k lore that would like to see featured, or just a lore question you think would interest the community, let me know, you can even PM me on the forum if you like.  New ideas are always welcome.