Goatboy’s 40k Thoughts: How Not to Be a Douche. 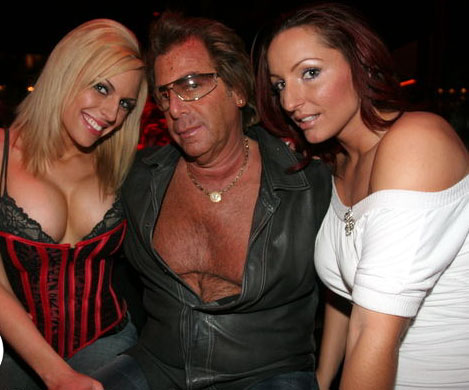 Goatboy here again, sitting at work after finishing a great tournament down in San Antonio, TX. I ended up taking home Best Sportsman (the Davy Crocket) award and want to walk about how to not be “that guy”.

The Alamo 40k GT was a great event, with nice simple missions and just great players. I went 4-1 and overall I was 2nd or 3rd (points coming from just someone telling me) in the overall fields, with the Sportsmanship award being a higher award then 2nd or 3rd overall. I took home a Stompa to add to the collection of unopened Stompas that are crying out for Gork or Mork and wanting to crush some Teef.

The best thing is even with doing well and tabling a lot of my opponents I still gave a fun and exciting game. This is what I really want to talk about today, how to not be a Douche in competitive 40k. First off all, we have to define what a Douche is. There are many different kinds, and we all have played one at some point or another or at least come off as one during a crap game.

Sore Loser/Winner – You know the player, never happy with whatever is rolled. They always seem to be on the verge of just having a hissy fit at the table. Even if things go well, they just never seem to go well enough for them. I guess they want us to cry or something as their armies crush us and make us feel worthless in the realm of plastic army guys

Revenge of the Comp – You have all heard how some players have revenge scored an opponent. Heck sometimes people will brag about how they lowballed a player and cost them the overall win. I want to cost someone the win by beating them on the table, never by checking a bad game vote. Karma always comes back and bits you in the butt.

Playing like a Statue – These are the guys that just don’t seem to interact with you at all. This is a game of High Fantasy/Sci-fi and should be exciting. I know when you are losing things can see kinda crappy, but still it should be fun as you go with the flow. These players just sit there, still and stoic and seem to drain the fun out of everyone around them. I don’t know if they sell it, but who knows with these Fun Vampires.

Now notice how I don’t list anything about having an “unfun”list. I feel if the game allows it, then you shouldn’t complain that it is there. It is a part of the game. List building is essential to the game and hampering something like that can create an unfun environment as others find holes in the so called composition rules you see out and about. But that is for another time. Today I want to help out people just to be more pleasant when throwing plastic dice (and models sometimes).

1. First of all, come to the game with a smile. No one likes to play someone that looks like they haven’t had some quiet time in the bathroom in awhile. Start the game off with a smile and joke. I am lucky that most know me when I play any kind of major tournament. I always come with a smile and a joke starting off the game.

2. Explain everything in your army. You might have played against and with every army GW has but a lot of these players don’t, especially in the early rounds. Explain everything you have and make sure people know the mean pieces in your list. I always tell people about my Wolf Lords and any nonsense that they might do.

3. Make sure to verify all the terrain with your opponent. I always like to go through all the pieces, make sure what is difficult and what constitutes a level. I play a lot of bikes/cavalry and I like to make sure what I can and can’t go up.

4. Have easy to read dice. I don’t know about you but I need to be able to read what you are throwing. I know everyone has their own special type of dice, but please be sure I can read it from my side of the table. Also if you have dice with a symbol for the one or six make sure to tell your opponent. I don’t like to ask “Is that skull good or bad for me?”

5. Make sure your list is easy to read. I know not everyone has Army Builder or some kind of software to showcase your army points, but at least try to make it easy to read. Hiding things in different parts of the list is annoying too. This coincides with number 3 and can easily be done before you even begin to throw down some dice.

6. Offer to help an opponent out when playing the game. This could be by helping them move models, placement of where a model can go, or just making sure he doesn’t forgot the one guy hiding in the building. Helping someone out is a great way to make a game go smoothly, even if it is a competitive slobberknocker who turns down your assistance.

7. When an opponent moves and is obviously trying to give something cover check for him. I know that some terrain makes it impossible to move onto well enough and still keep them from falling down, so just tell your opponent you get that. It is easy and really helps alleviate any pressure when playing the game.

8. When you know your opponent has a unit that can’t shoot or will never be in range, tell him he can roll the run at the same time before he moves. It is frustrating and a time consumer to wait have to move a unit beyond the 2 times that is normal (movement, assault). This one little thing can help speed along the game and give you both more time after the game to check out other armies or get a better lunch.

9. When stomping on an opponent’s army and they are obviously upset, try to help out by making a joke. No one likes a gloating winner and just being empathetic to a bad situation can do wonders in making the game fun.

10. After the game is over give advice if it is wanted. I always try to help people out by giving them ideas on how to run their armies differently or coming at it from another angle. I played a BA player over the weekend and I gave him some advice on how to run his dreadnought. He had a lot more fun with it after that and would tell me of all the nonsense that Blood Taloned jerk would do to his opponents.

The biggest thing I can say to anyone wanting to play competitively is come in with a positive attitude. This is a game of dice and plastic guys. Things can go bad as you roll dice. I like to think all my bad dice rolls means that some kids are miraculously saved from some crazy illness.

So what’s your secret recipe for being the best sportsman you can be?  If you dont have one, get crackin!  Trust me, nobody wants to the “that guy” in the top picture!

JWolf won 3rd best general while Minus67 got a 3rd Best Painted award and our own Aventine got best painted as well as Players Choice award for his Lamenters army. Also a player that comes to Austin a lot, Jon Brock, won best overall. So a big awesome high five to everyone who played. As usual, shoot me an email to [email protected] if you have any questions or comments.

Author: Thomas / Goatboy
Thomas Reidy, aka Goatboy, the ever-evil member of BoLS. I do arts, play 40k, and even paint a lot of stuff. I have been playing Warhammer 40K since the 1990s, and have won multiple national events including Adepticon and GW GTs. I've been writing for BoLS for 15 years. Look at my Instagram to see what I am working on - or working on for someone. I am always doing something hobby related.
Advertisement
Editorials Tournaments Warhammer 40k Warhammer Fantasy
Advertisement 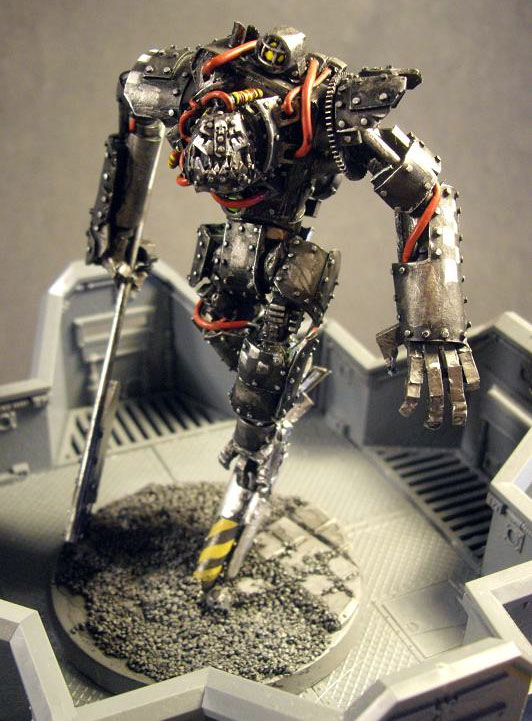