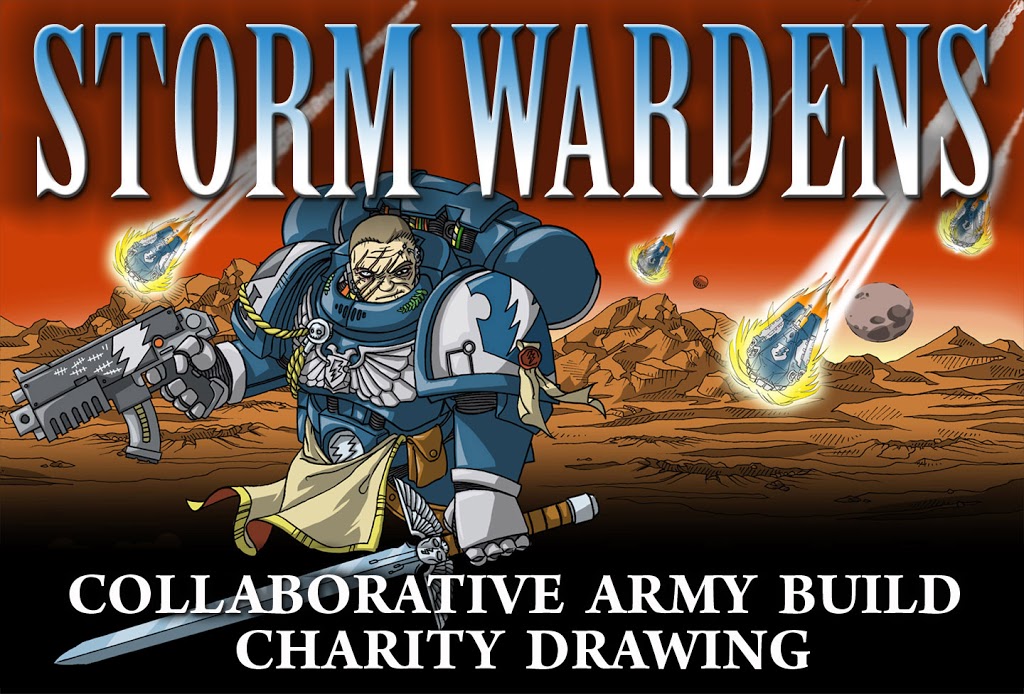 It has certainly been a busy three weeks since the first announcement of “The Great Storm Wardens Project” made it’s way onto the blogosphere. John and Mike from Santa Cruz Warhammer had a vision, a vision of a cadre hobbyists/bloggers coming together to work on a collaborative army build that would be able to be turned into raising money for a charity.
The hobby community has REALLY embraced this idea and is supporting it in amazing ways. Not the least of which is the production of some great models, and some excellent looking swag. You can head to the Storm Wardens Project blog to see a collection of all of the models so far, along with links to the individual blogs that the project team members have going.
More on the project at the end of this post!

Part of my contribution to “The Project” is a squad of Storm Wardens Sternguard Veterans. As everyone knows (or should know). Sternguard Veterans are issued with some pretty tasty ammunition variants that can help them out against a wider variety of opponents (from shells with AP3 to shells that ignore cover saves). To that end I emulated the GW Sternguard models when I converted my squad. Three of the Veterans from that squad can be seen above, all clutching what I have dubbed the SIAM-pattern bolters (Special Issue Ammuntion Magazines).
I’ve had a few folks ask me how I went about building them, so what follows is a simple step-by-step. Step One: Remove the double box clip from the stormbolter and carefully trim all the mold lines and extra detail off. Step Two: Carefully slice the double box clip into two magazines. You’ll need to keep both sides of this one. Step Three: Remove the standard sickle magazine from the bolter. Step Four: Glue one side of the box clip to the bolter in place of the sickle clip. Step Five: Carefully trim the forward sight from the bolter and glue the scope to the top. Step Six: Start bending the thin plasticard using your fingers. You are trying to curve the strip around to make a strap. Step Seven: Once you are happy with the curve, cut it off the rest of the strip at the appropriate length. Cut three small pieces of plasticard from the remaining strip. Step Eight: Glue the strip to your bolter, one end just beneath the muzzle, the other to the bottom of the handgrip. Glue the small pieces of card to the strap, one at each end and the other one third of the way along. These strips will simulate the strap fastenings.

And there you have it, a SIAM-pattern bolter ready to dish out the Emperor’s Vengeance on the Daemon, the Heretic, and the Alien alike.
STORM WARDENS UPDATE
As I said earlier in the post, it has been a pretty hectic three weeks. The community has rallied behind the cause and over 570 people have made a contribution to the Storm Wardens Project and therefore Doctors Without Borders, our chosen charity. But we know there are many more of you out there who want to contribute!
The basic idea is that when you contribute via the Paypal button on our blogs, you are entered in a drawing to receive the entire Storm Wardens army (in the vicinity of 2,000 points) along with a bunch of great swag – such as GF9 Storm Wardens templates, Storm Wardens dice from Chessex, a Battlefoam bag filled with custom cut foam for the army, and even a couple of Storm Wardens T-shirts so you can wear them with pride as you play the army in your FLGS. The army will be fully assembled (mostly converted) and fully painted by some of the most renowned US hobbyists across the blogosphere.
The final drawing takes place on Sunday July 25, on a Special Storm Wardens Edition of Jawaballs Live!
We also have a lot of other prizes being given away over the course of the build, keep an eye out on Santa Cruz Warhammer and From The Warp each week for information about these bonus prizes, contributed by the community.
Every dollar donated goes to Doctors Without Borders (apart from the Paypal fees of course) as all the other swag (including the original models) have been donated by the painters themselves, by their FLGS, or by a list of other great companies. Anyone, anywhere in the world, can contribute – we will ship the prizes anywhere in the world!
So, get yourself over to the Storm Wardens blog and take a look at what you could be the proud recipient of come July 25! 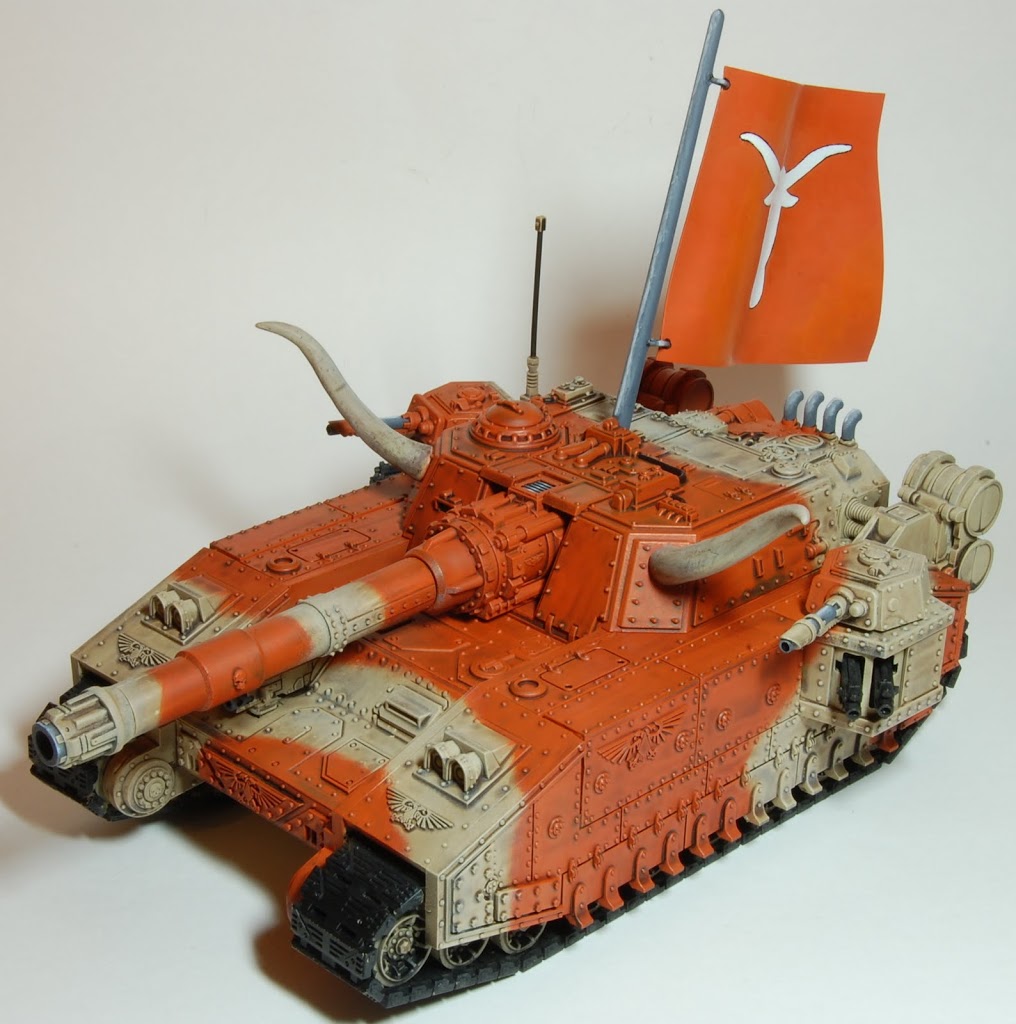