WFB Editorial: Everything You Know is a Lie 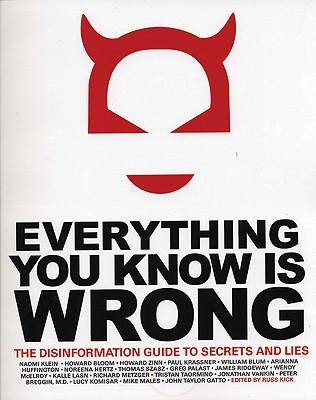 8th Edition Warhammer Fantasy Battles preview copies are finally  in stores for us to read and with its arrival, everything has changed. forget everything you every knew about the game, it is a whole new world.
Over the last few days copies of the new Fantasy book have begun to arrive at FLGS around the nation, and the world. These are our first concrete looks at the new edition of Fantasy and the changes being unleashed upon us by the powers the be. We’ve all been very interested in those changes of course; for many of us it will decide how a game we love and care about will be played. The new edition’s changes will decide its future. For others these changes will decide whether or not they will start playing the game, or return to playing it after a long hiatus. But how big are these changes we are talking about? Just a few weeks ago I stated that they would be the biggest changes to a GW game in over a decade. Many people disagreed with that assessment. Many thought, and continued to think, that the changes are relatively minor.Well having now read the book, I have to say, much as I hate to, that I was wrong. The changes to Fantasy are far BIGGER than even I thought they would be. Everything we once knew, and held dear, about Fantasy has changed. This goes from the basic stuff, like how, and when, you measure things, to bigger things, like what units and even what armies are good. Good players have been reduced to the level of the lowest new player. Games Workshop seems to have done what many considered impossible – fundamentally rebalancing the game without changing the Army Books at all. Of course the dust from all these changes still hasn’t settled, we still have the promised host of Army Book FAQ’s to come, and it remains to be seen how those will effect certain armies and their special abilities and spells. The game that we all once knew so well is a massive unknown to us. And this is a wonderful thing. I am lucky to play with a rather good group of players. Four of us (myself included) have won Best Overall or Best General at a major event, many more of us have placed in major tournaments. We are lucky enough to have Jordan Braun, he’s kind of a big deal, being the best player in the U.S., playing at our store. All of us are confused and at a loss with the new book, we just don’t know what is good any more, or what is bad. But it is wonderful, we had all grown tired with the old fantasy, we knew it too well, it had become boring, well no more. In my view GW has successfully re-invigorated the game. It’s alive, It’s ALIVE!
The point of all this is that the game has forever changed, and now we have to. Players will need to relearn how to play, and try out new and exciting strategies. Far from dumbing down Fantasy, GW has made the game more strategic and interesting and removed the elements of hero-hammer that were destroying the older system. But we have to adapt. Our old habits, our old ways of playing will get us beaten now. The game is so crazy, so different that we are being forced to change. The other day I saw Jwolf lose his first game of the new edition with half his army destroyed in a single turn, because he used a tactic that was a staple of the last edition. Meanwhile his opponent won on accident due to a rule change that neither had noticed. And it’s not just tactics that will have to change, its also army construction, the new rules for building armies are vastly different and will lead to armies that may seem totally crazy to veteran players, but they may be the key to success in the future. Even the smallest members of the family help Bob adjust his army for 8th Edtion
So in light of all the new changes here is my advice to you.
1. Play Lots and Lots of Games. Not only is it the best way to learn the rules and find out whats good and bad, its also the whole point of the game, to be played.
2. Have Fun. Remember no one else knows what they are doing right now so don’t sweat it if you lose or do something stupid, we are all learning the game, and if it can’t be fun then we shouldn’t be playing.
3. Go Crazy. This is a time for experimenting and trying new things (kinda like college). Try out new stuff, take wacky armies, you want to try that unit of 70 greatswords? Go ahead, it’ll be awesome! Don’t let anyone of anything hold you back, at this point in the game the worst thing you can do is be conservative and get stuck playing in a backwards way because you where unwilling to try new stuff out.
4. Proxy (for now). This is the only time anyone will every hear me advocating proxying, but in this situation where we have no idea what is good and what is bad I think it’s OK. Over at my FLGS we have been having a blast trying out new and crazy armies using proxy stuff. I even saw Jordan Bruan using some old metal minotaurs as Empire mortars.
5. Forget Everything. Start over, learn it fresh, savor the newness, learning every rule anew, understanding the subtle changes in the way combat and magic work. by doing this you will really learn the new game, really get into and really master it. Remember, you are now as experienced as every other WFB player on the planet. And remember whatever else changes we still have Witch Elves
Well that’s it for today. The game has changed and for the better. I have seen the future of Warhammer Fantasy and it is a bright new world out there for us players, so go out there and enjoy it!
Alright, all you guys int he comments, have you had a chance to look at the new book? What do you guy’s like about it? Hate about it? What do you think the biggest changes are, and have you found any small hidden changes what will really effect the game? Remember the future is yours!

WFB: Premeasuring and its Symptoms 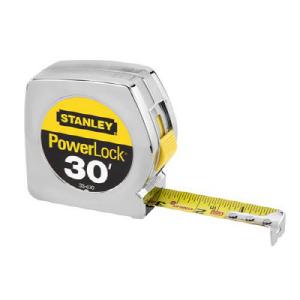