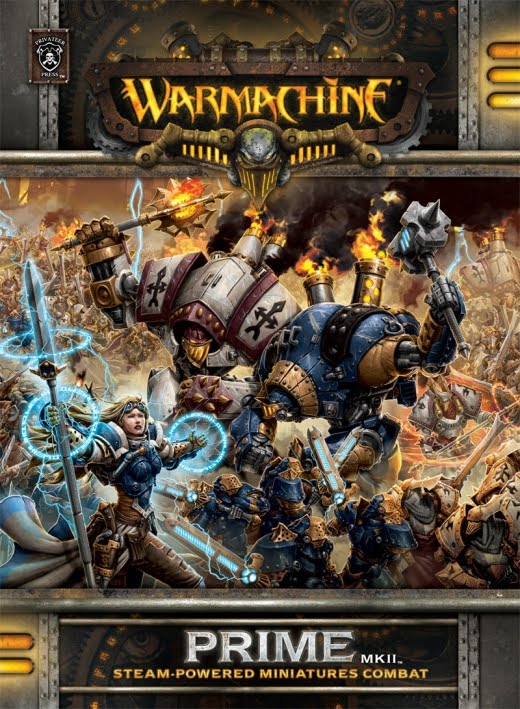 The intense rivalry, and even hatred, between Khador and Cygnar stretches back roughly 400 years to the Corvis Treaties.  Mistrust and conflict has existed between peoples from the lands now known as Khador and Cygnar for millenia, however the modern rivalry between the two peoples was born at the end of the Orgoth oppression.

Rebel groups from across Western Immoren and the Rhulic dwarves came together as the Iron Alliance.  Their greatest work was to design and create the first colossals- giant Warjacks, requiring half-a-dozen or more wizards to control.  However, many of the northern rebel groups were left out of these plans.  Thus were the first seeds of mistrust sown.  The Khards, as those northern people were known, managed to steal the plans and begin construction of their own colossals.  However, somehow, the Orgoth learned of the hidden northern factories.  They swept in and annihilated the unfinished machines, as well as the freedom fighters as an example to the rest of the enslaved population.  Khadorans blamed the other members of the Alliance for revealing the factories as a means of distracting the Orgoth from their own locations.  The Rhul-folk and Cynarans deny any responsibility.  Whatever the truth, it was the beginning of four hundred years of bloodshed.

With the completed colossals, Western Immoren was finally able to liberate themselves from the Orgoth tyranny.  Eight hundred years of oppression was over, and the people began to rebuild.  The leaders of the disparate rebel groups came together again to draw up the treaties that would define the borders between the nations, the Corvis Treaties.  As part of these treaties the Khards were forced to relinquish control of several regions they had controlled before the coming of the Orgoth, including what is now Lael and northern Cygnar.  The nation of Cygnar, which had historically been parts of several different kingdoms, was the area hardest hit by the occupation, and was formed as one nation.  Khador was the largest nation, by far, but much of it was nearly inhospitable.  Natural resources were, and still are, far away from the major cities and difficult to both extract and transport.  Meanwhile, Cygnars fertile farmlands and resources are all within easy reach of her cities.

This did not sit well with the new nation of Khador.  The Khadorans felt betrayed by the other members of the Iron Alliance, as well as by their own leaders who had agreed to the terms of the Corvis Treaties.  Tensions continued to rise as both nations fortified their mutual border.  Within a half century, the Khadoran leaders who had signed the treaty, as well as all of their descendants, were dead, and the nation felt itself no longer bound by the agreement.  The first colossal war began in 250AR, and with it, the first of many Khadoran attempts over the subsequent centuries to reclaim their ‘lost lands’.  The Thornwood War, The Coin War, the Siege of Midfast, and the Lael-Khadoran War all followed.  All were victories for Cygnar and her allies; Khadoran forces defeated by superior Cygnaran technology, a little luck, and the strength of the alliance between Cygar, Ord, and Lael.

But Khador is continuing an unprecedented modernization program.  The current war began in the winter of 604AR.  Lael was quickly defeated in the surprise attack.  and the new nation of Menoth attacks from Cygnar’s southern borders.  But Khador faces its own threats, and it remains to be seen which side will emerge triumphant.

This is the first in a series of articles shedding light on the rich history and background of the Iron Kingdoms.  Comments and requests are welcome. -Lux 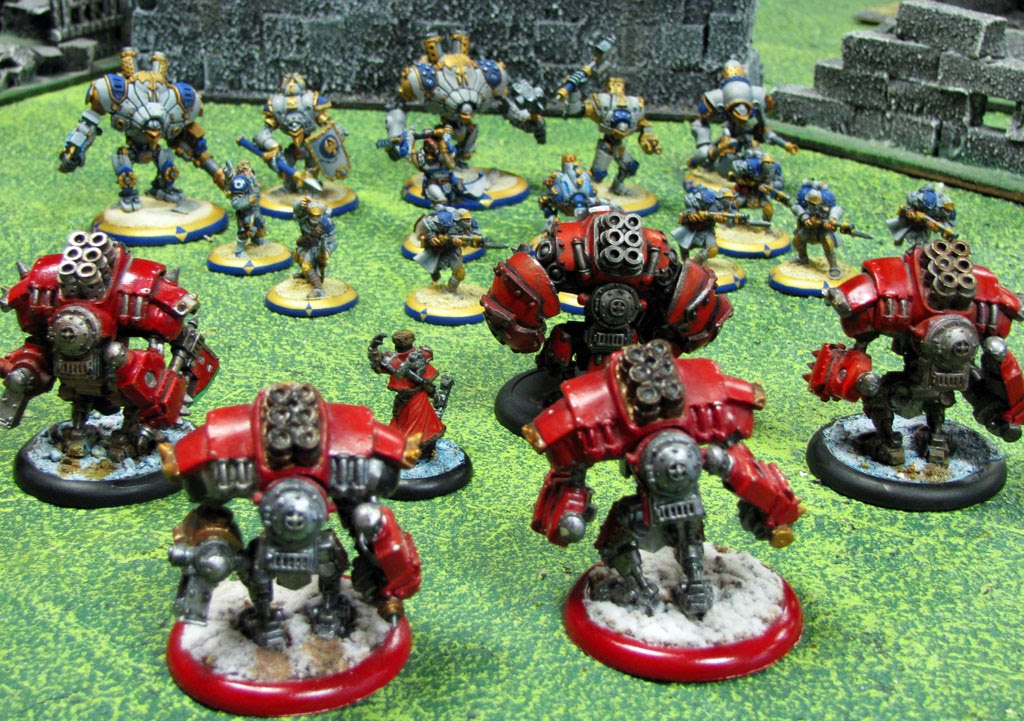