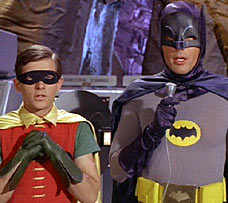 The FAQs that update the fantasy books from 7th to 8th edition have been released. There is a whole bunch of chatter on how all these new changes are taking effect among the fantasy forums. Here is a condensed highlight of things that got better.

Beastmen:
-The hunters spear is now a thrown weapon! This takes away some of the massive penalties to hit is use to suffer from.
-Beastmen BSB’s can now take 50 points of gifts and a magical banner. This gives the BSB a little more utility.

Bretonnia:
-Lance formation questions have been cleared up and how supporting attacks work with it.
-Damsels can cast magic missiles from the 2nd rank. Life and Beast don’t have to many ,but, still useful.
-Virtue of Heroism is now Heroic Killing Blow. They also removed the line about: can’t be combined with magic weapons. I feel that this virtue is almost a must in any bretonian army now!

Demons:
-You no longer make enemy demons stubborn with your banner of Chaos Glory.

Dark Elves:
The DE faq is loaded with treasures. There have been some sweeping changes from loss of hatred for mounts, the way ring of hotek works, to cauldron toughness, and of course even how the hydra wounds are allocated. Check this one out if you play DE or fight against them often!

Dwarfs:
-The Anvil is now T10 similar to the cauldron and casket. Master Engineers have been cleared up on how they work with machines now.

Empire:
-The Empire Engineer is truly a MASTER OF BALLISTICS. The changes to this guy is amazing! With this guy around , Empire have some of the most accurate machines to date. Poor Dwarfs. The Stank is now T10. This makes even the mighty bloodthirster need 6’s to wound it. A rather particularly nasty change. The Aldreds Casket can now steal summon spells unlike before.

High Elves:
-Well a whole lot of people were arguing if high elf great weapons get ASL(Always strike last).
The answer is a resounding no. Making swordmasters and white lions very scary in combat vs lower initiative opponents.

Lizardmen:
-Cupped hands is tightened up a bit. Razadons and Salamanders gained monster and handler rules.

Ogre Kingdoms:
-Gut magic now is one of the easiest to cast lores. Also, with the RiP(Remain in Play) rules being changed you can now have multiple gut buffs up at once on a single unit.

Skaven:
-This faq is still gigantic in length and addresses so many issues consider looking at it for yourself. Some highlights are that Skaven get to add their LD to steadfast,and the Doomwheel seems to have been cleaned up. It works similar to other random movement units now.

Tomb Kings:
-Here in Austin no one really knew how Tomb King magic worked. Well, now we do. It works the same just that Liches count as level 3 for HLP and level 1 LP for dispelling purposes. Supporting attacks can be used in conjunction with the smite incantation. The casket is now T10 and is one unit I definitely want to try with the true line of sight rules. As a dedicated Tomb Kings player I am happy with how they turned out, even though I can’t smite with the Destroyer of Eternities any more.

Vampire Counts:
-The Black Coach is the magic sponge that we all thought it would be. Please ignore people that say Ethereals don’t suffer from crumbling. Staff of Damnation is very powerful in 8th and it now works with charging lances! Most of these updates were just reprints from 7th.

Warriors of Chaos:
-Nothing really shiny for Warriors.

Wood Elves:
-Pretty low on the totem poll with how 8th works and this FAQ doesn’t do much to help. On the bright side you can now field a Treeman Ancient and 2 Treeman. These FAQ’s have been updated a few times since this article was written. It looks like GW is at least listening to some feedback.

With these new T10 warmachines can they suffer multiwounds? Can a cannon kill a Casket or Anvil in one shot?

The Flame Cannon was rare to see on the field before. Now, without the extended 0″ to 12″ guess it probably will never be fielded again.

With the Slann’s extra dice says it can’t go above 12 in the power pool. No inclination if they mean the power pool is 12 max for the phase or at any one instance in time.

Only one big’un unit is disappointing to see for O+G. And still no fix for savage big’uns getting a magic banner.

The Corpse Cart receives thunderstomp yet the Chaos Warshrine does not…

Wood Elves further hurt by Wild Riders mounts not being effected by rules and no real benefits.

If your a dark elf player you might consider this whole FAQ demoralizing.

I really don’t like the way how they resolved simultaneous effects with whoever’s turn it is gets to choose. But, if will definitely be another thing to use to your advantage on the tabletop!

So, BoLS how did the FAQ’s effect your army? Do you think your army is better or worse after FAQ’s? Please tell us your thoughts.

Author: Revenant
Revenant is a veteran tabletop wargamer with over 10 years of experience. His specialty is Privateer Press' Warmachine & Hordes gamesystem. He began writing for BoLS in 2009.
Advertisement
Editorials Warhammer Fantasy
Advertisement