WFB: Rebuttal, Vampire Counts are a Top Tier Army, and Here’s Why! 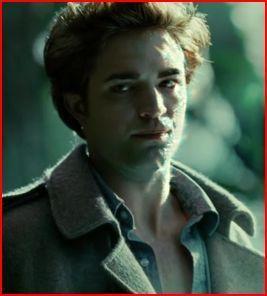 Recently some doubt has been cast on the postion of the Vampire Counts as a top tier army, well by my Team Edward T-shirt I disagree! Read on the find out why.

The other day my esteemed colleague HERO, posted up an excellent article laying out his thoughts on the various Warhammer armies and how they line up power wise in 8th edition. Now in general I agree with most of his well laid out thoughts, but there are a few exceptions. Mainly I disagree with his assessment of the top tier armies, but as I have already put forth my thoughts on who, Empire, is best I won’t rehash that debate here. Similarly the strengths of one of my other top tier armies have already been discussed by the esteemed Strangleweb. No what I want to talk about today is Vampire Counts, my other top tier pick, which HERO has placed as a mid tier army. And since for some reason HERO never brought up his doubts for discussion at the most recent BOLS writers retreat, I am going to do that here. A group picture from our last BOLS writers retreat
Now its true that some of the old advantages that Vampire Counts had have been nerfed, the changes to fear and terror are a real blow to the ol’ Counts, and players who relied on them to win games will have to change strategies. Similarity the ability to always strike back has hurt of of the more powerful units like Blood Knights, who after all are only T4 with a 2+ save, meaning that those 55 pts guys are going to be taking losses fairly often now. Changes to magic also mean a change in strategies, while the changes to army composition mean most undead players are going to have to start with a lot more core units then they are used to. But all that being said, change is just change, and is not always bad. I fully feel that VC are still a top tier army, and here are a few reasons why.
1. Vampires and Magic She can cast a spell on me any day
Even with the new changes to the magic phase Vampire Counts remians one of the most powerful casting armies in the game. Firstly the Lore of Vampires is still one of the most powerful magic lores around, with a large number of good spells. With the removal of Unseen Lurker from the core book, Vanhel’s Danse Macabre is one of the few remaining movement spells. More importantly it allows you to charge, but is not random, with pre-measuring this can be a very very powerful spell. In addition to Dance all vampires, regardless of what lore they take, know Invocation of Nehek, so they can all replenish units. The ability to cast a few important spells more then once in a turn helps vampires get around the new rule that you can only know a spell once. And the changes to remains in play spells has made Curse of Years even better then it already was. Necromancers are a super cheap caster option now, and with the new comp rules I predict seeing a few more of them.  They are now a cheap, 55pt, way of getting an extra Vanhel’s into the army; since they buy spells they can get around the one of each spell rule. Conversely they can be taken to give you a few extra chances to heal a unit. They will put a spell on you, willing or not.
Vampires also have some really amazing power and magic item options for casting. Master of the Black Arts is a power for 50pts that adds +2 power dice to the caster pool, and can be taken on multiple vamps. With the new magic rules this is now one of the most powerful upgrades around, since at 2500 pts you can easily take 3 hero vamps and a lord vamp and put this power on 2 or 3 of them. What this means is that on the average roll of 7 for power dice the you will in fact get 12 dice while your opponent gets 4, pretty brutal. Forbidden Lore, which allows the vamp to know all the spells of any of the 8 main lores (save for life) is also a very powerful ability, giveing the vampire player some real flexibility. Meanwhile the Book of Arkhan is yet another way to get an extra Danse Macabre in the amry, and one you don’t have to worry about miscasting with too much. All in all Vampire magic is truly spectacular this edition.
2. Mannfred Von Carstein He’s clearly in sunlight, and yet I see no sparkling, what gives?
It may seem odd to place so much emphasis on one special character, but Mannfred Von Carstein is truly one of, if not the, best lords in the game, and a huge boon for vampire players. Firstly he is fairly reasonably priced, at least compared to what he does, and can easily be taken in a army. Due to the expense of Vampire Lords you would hard pressed to fit two into an army anyway, so if you want a cast lord, Mannfred is your guy. First the basics, he’s a lvl 4 caster, that in addition adds +2 power dice to your pool, in addition he knows 14 spells, all 7 Vampire spells, and all 7 death spells, more then any other caster in the game. And becuase he dosent get to pick lore or roll for spells he gets around the one of each spell per army rules, awesome! At this point all this Mannfred talk should have you all doubting your Team Edward loyalties, but wait there’s more! The true team Edward
On top of all the casting abilities, Mannfred also wears armor that gives him 5 (5!) wounds, making him pretty hard to kill. He also wields the Sword of Unholy Power, which allows him to add extra power or dispel dice to the pool based on the number of wounds he did in close combat, again with the new magic rules a very powerful item. Mannfred can also in addition buy any two arcane items he wishes. He could for instance take both the Skull Staff (+1 to cast and dispel) and the identical item in the BRB for a total of +6 to cast and dispel. On top of all that Mannfred remains a Vampire Lord and is quite formidable in combat. He is overall a amazing choice for a vampire player.
3. Grave Guard I couldn’t find any funny pictures Grave Guard, so here’s the lovely Kate Beckinsale
and shes a vampire, in a grave! So that counts, right? Look just take it and be happy
With the new changes to combat Grave Guard have become one of the best combat units in the game. At a very reasonable 12 pts they can readily be fielded in large blocks and have a sold stat line and good armor save. Give them the Banner of the Barrows for +1 to hit and they hit most things on a 3+ (put a guy with the Helm of Commandntment near by and they hit most things on a  +2). Wight Kings are also super good now, and go well with the unit. Put your BSB in here and give the unit hatred, or a 4+ ward vs shooting and magic, or regeneration, all of them are super good options. I would advise taking them as a big unit, and taking advantage of the horde rule for more attacks. The ability to heal the unit is also super powerful, and should not be forgotten. The real strength of the unit however is of course killing blow. Aside from the potential to kill massive amounts of basic troops it means that pretty much any character that gets into combat with the Grave Guard will die. If in horde formation it means that at minimum each character will be taking 9 attacks, hitting on a 3+ means 6 will hit, and one will be killing blow. Even if the character has a ward save and passes it the fact that the guard are unbreakable means the same thing will happen next turn. At the end of the day I can’t think of anything that would get past a unit of 60 Grave Guard. Well maybe one or two things…
Well those are only a few reasons Undead are still a stop tier army, but I’m pretty much out of time here. They’ve still got plenty of other strengths, Cairn Wraiths are still good, Ghouls make awesome core units, The -1 to cast from corpse carts is super good now. And we should never forget that being undead is still good, and fear and terror are still powerful weapons. At the end of the day Vampire Counts still have amazing magic and cans till pack a super punch in close combat. So all in all I think Vampires are one of the 3 best armies, though the good vampire builds have I think changed. So remember keep playing, keep arguing, and most importantly….. Thats all for this time Boyz and Girls. I hope by the time your read this your all enjoying your brand new copies of the 8th edition rule book, its a great read! Anyway if you disagree with me, think I’m awesome, have any questions or want to debate (with each other) whether team Edward or team Mannfred is better, well that’s why we raised the comment section form the grave for you! See you there!