WFB: Why 8th Has Made Empire the Best Army 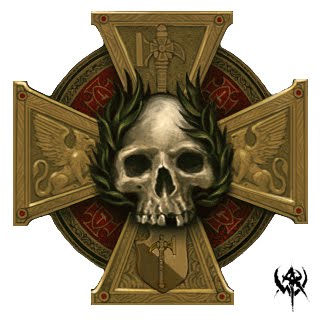 The great change is upon us Warhammer fans! 8th is here, we have read it, we have digested it and now it is time to see how the armies are lining up after the change.  There is a new sheriff in town.
The first thing that we all have to realize, and that many have not yet realized, is that everyone’s armies have to change and change a lot to work with 8th edition. The major changes to the army composition rules mean that not only are most armies illegal now, but also obsolete. These changes, along with the greater and lesser rule changes mean that the balance of power among the various armies has shifted. Because of this I assert that the Empire, is now, quite likely the best army, and has overall gained the most from the new edition. Many of the same strengths that the Empire possessed in 7th remain, but the new changes have also given them some powerful new ones, and have removed many of the old weaknesses. So here are five reasons I think the Empire is now the best.
1. Empire Wizards T
That wizard must not be very bright, she set her self on fire!
The Empire has always had solid wizards, while not able to match some of the master wizards in sheer power, they where cheap and able to pick any of the 8th lores which give them an advantage over many other races. Now however with the revamping of the Lores of Magic in the main rule book being able to pick from all 8 is a major advantage and allows the Empire to put some real power on the field. The Empire wizards are also very cost effective, at 2500 pts, which is looking like it will be the new standard, the Empire can field 2 lvl 4 wizards, and still have points for a General of the Empire. Instead of that or in addition they can also take up to 4 lvl 2s, giving them some serious magical punch. Empire also have some good equipment options for their wizards. Van Horstmann’s Speculum, which allows its user to switch stats with an enemy, remains a good choice. The Seal of Destruction, which functions as a dispel scroll and stops the spell from ever being cast again on a 4+ is a good choice now that Dispel scrolls are one per army. Finally the Rod of Power, which allows the user to save power/dispel dice for the next turn will be very important with the new magic rules.
2. Artillery Oh man, we are soooo doomed.
The above picture is not an exaggeration, that is what Empire artillery will look like in 8th edition. It can, and will blow you away. The removal of guessing means that artillery fire has become very accurate, even the lowest noob can now land his shots square on top of your units. Even better (or worse depending on your point of view) is the removal of partials, meaning that when you land that spot on hit, you’ll hit even more enemies. These changes have made the Hellstorm Rocket Battery, with its S5 large template a deadly weapon now. With the new compostion rules an Empire army can now field 3 cannons, 3 mortars, 2 Hellstorms and 2 Hellblasters, a deadly force. Now obviously not every Empire army will take all those guns, but I predict that it will be very few Empire armies that don’t have at least one cannon.
3. Greatswords.
This once horrible unit maybe seeing a major comeback in 8th Edition. While Greatswords has long suffered from many problems the biggest was never getting to strike back, and not having enough attacks to matter when they did. Now those problems are gone. The ability to always (or almost always) attack back combined with the 2nd ranks supporting attacks means that Greatswords can now actually put out some damage, two ranks of S5 attacks is nothing to scoff at. The fact that Greatswords are always stubborn now means that you can if you want, field them 10 wide, to gain the horde rule, allowing for 3 ranks to attack. Get that big unit in there and it should stick around while dishing out some serious hurt to the enemy, 30 S5 attacks to the front could put some guys in a world of hurt. Moreover the change to composition means that that you no longer have to sacrifice a cannon to take some Greatswords, you an take both.
4. Lots of cheap guys with guns. “So they said to me, even though we fight for the Empire, all the Stormtroopers belong in 40k, so that is where we’re going”
The Empire has a lot of cheap troops, and in 8th with its emphasis on big blocks of infantry, that pays off majorly. The question most people are now asking themselves is whether or not those bigs blocks, which admittedly will stick around for a long time, will actually kill anything. For many armies this is a good question, for Empire the real question is, should I ever take any core infantry that isn’t a handgunner or crossbowmen? Lets look at the facts, both of these choices are 2 points more then the close combat infantry. They lack any armor, but for empire infantry the best armor you’ll get is a 5+, which means against most things its really a 6+, which is really fairly insignificant in the big picture. The ranged infantry will hit a little worse in close combat, but Empire infantry never hits very hard at all, so again not a big lose, and they will hit back in 2 ranks, so they may ever kill anything. to make up for these loses you gain a whole lot now.
The ability to fire in two ranks means that you can fit a lot more shooty troops in a smaller area, and put out a lot more firepower now. It also means that ranking up your ranged troops is OK, and will make them stubborn, so that maybe your knights can come save them. The mission, Battle for the Pass is fought longways, so your troops will get a lot of time to shot at the enemy. The real point is that now you have to take a lot of core, so why not take ranged troops, in the 3 turns of shooting they get they should more then make back that 2 extra points.
5. Knights of the Empire OK, really Star Wars? Is there anything you haven’t stolen from Fantasy?
The only reason not to fill your core up with ranged units is becuase your filling it up with the cheap and useful Empire Knights. A cheap unit, with a 1+ save and lances, the Knight has always been a staple of Empire armies, and will continue to be in the future. These guys can hit hard and stick around, and are cheap enough to be fielded in units with ranks, unlike the knights of other armies. More importantly the fact that they can be core is a huge boon for them, how about just spending all your core points on knights and having a whole army with 1+ saves, sounds pretty good. The fact that stone throwers no longer take away your armor save is a huge boon for knights and makes them much more survivable.
Empire Inner Circle Knights also got a lot better this edition. The ability to attack in two ranks in a huge boost, and makes the boost to straight all the better, these guys are real killers on the charge now. In addition with the comp changes taking some Inner Circle Knights no longer means you have to give up some of the big guns, you can have your cake, and eat it. There are some pretty good spells for casting on knights now also. The basic Lore of Beasts Spell, which is easier to cast on knights, gives the whole units +1S and +1T, making them super deadly. The Lore of Light has a spell to give them all +1A and Always Strike First, and another Lore of Light Spell makes them harder to shoot. Try taking 30 of these guys, for the horde rule so they attack in all 3 ranks, plop a Warrior priest in there for hatred, and then buff them a bit and watch these guys rip through pretty much any unit in the game.

You can tell those other guys aren’t real Empire Knights, they don’t have ridiculous helmets, and can see.
So those are just a few of the reasons Empire is a strong contender for top dog. Put them all together and you can build some nasty armies. Throw in Steamtanks, detachments, cheap characters, good magic items and all the other wacky stuff that Empire can do and it will be brutal. A lot of the missions will really help Empire out also. As mentioned Battle for the Pass is a long ways fight, which really rewards the shooting capabilities of the Empire. Having lots of cheap units with banners will also really help them in some battles. The changes to terrain mean that its now much harder to hide from Empire shooting and magic, while buildings will be an Empire Generals best friend. Of course the new edition is still, well new, and it remains to be seen just how everything will fall out. Most importantly we are still waiting for the army FAQs to come out, some surprises in there could change everything again. So remember keep playing, keep arguing, and most importantly….. FOR THE EMPIRE!
Well Boyz and Girls that all for this week. I hope you all have gotten some chances to try out 8th now and have been experimenting with stuff. Who do you think has benefited most for the new Edition? Think I’m wrong about Empire being the best? Well that’s what Sigmar made the comments section for! 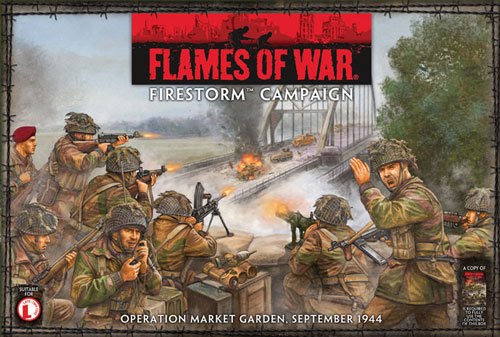