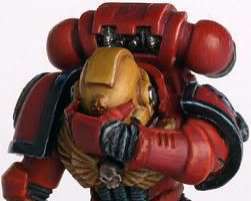 Just over two years ago, in an unpredicted and horrifying move cheating was legalized in 40K. How did this happen? Two words, Wound Allocation.

That’s right my friends, two years ago Warhammer 40,000 5th edition was released, and something subtle and nefarious found its way into the ruleset. It seemed like such an innocent little rule at first glance. This rule was, again I assume, never intended to be used to allow people to cheat, and yet it like Anakin Skywalker, was used and turned to evil. The rule I speak off is the often debated and controversial wound allocation system. Now last week I called out true Line of Sight. I said it was killing our games, I said it was a plague upon wargaming, and I stand by that. But for me TLoS is a major plague on all wargaming, not just 40k. Wound Allocation is only a major problem for 40K. But in that limited scope, and by limited I mean the most popular and played wargame of all time, it is most likely the most serious flaw. That’s right, I said it, Wound Allocation is the single biggest flaw in 40K at this moment. Why, and how has it made cheating legal you might ask? Well lets look at the facts.

Wound Allocation Was Supposed to Help the Shooter
When 5th Edition was released all the interviews and production notes agreed, wound allocation was in the game to help the shooting player. Wound allocation had been added to the game to allow for the chance that the shooting player might kill one of the target squad’s important members. This was seen as a huge positive, a move away from the old style of play where the last model in a squad was also the most important, normally the sergeant or special weapon guy. Wound allocation was put into the game to replace the older “torrent of fire” rule which allowed the shooting player to force saves to be taken on a model of his choice if he did enough hits. But in the face of canny players this new rule backfired. Torrent of Fire could be negated by the special “Neo” rule if the shooter did too many hits
Many People Don’t Actually Use Wound Allocation
The first major strike against wound allocation is that many, many people don’t actually use it, or like the gym, use it infrequently. The truth is the wound allocation rules are a bit complicated and slow the game down. Because of this many people just skip the allocation step. Its something I see a lot. “Oh you did 10 wounds?” rolls ten saves together “Well I failed four, so I guess these four guys die”. That’s common occurrence, and unless the squad was all exactly the same, its wrong. It in fact leads to the very thing wound allocation was made to stop, the most important members of a squad being the last to die. Because the rules are complex and unpopular they didn’t get used much, especially by newer players which is a major strike against them. Furthermore unlike TLoS, which many people say simplified the game, wound allocation just made it more complicated. The Ork version of the 40k rule is much simpler in comparison
Wound Allocation Slows The Game Down
Another major problem with wound allocation is that is slows the game down. Unlike the old system where you rolled saves and then pulled guys as you wanted, wound allocation makes you take the time to allocate the wounds. While this slows the game down a bit, the fact that you then have to roll saves separately slows the game down even more. While every instance of wound allocation doesn’t really take all that much time, doing it over and over again in the course of a game does tend to slow things down a bit. Worse so since many people just ignore wound allocation, this means you often have to stop and explain how it works. Many times in tournaments I have seen this bring games to a halt. This is the second major strike against wound allocation. Now these are both bad things about the rule, but not quite cheating.
Wound Allocation Actually Helps The Target, Not The Shooter
Ah yes, the cheating. So remember how wound allocation was supposed to help the shooter? Well it really doesn’t – instead knowing the wound allocation rules well almost always helps the defender. One major case of this is with multi-wound model units. Remember a few years ago when Nob Bikers where the terror of the tournament world (they are still pretty annoying)? Well they were so good in large part because of the wound allocation rules. Ideally with a multi-wound unit like Nob Bikers you would have to kill whole models, and that is clearly the intention of the rules. However players where able to find a loophole in the wound allocation rules to get around this. Namely the fact that is every model in the unit is equipped differently, which is possible in Nob Bikers you don’t actually have to kill whole models. Instead by exploiting the rules you could put one wound on every one of your Nobs before actually killing any of them. This is pretty much how I felt when I first leaned that
An even worse exploitation of the wound allocation rules, and this is really what I would call cheating, is the ability to just make wound vanish, just go away. Here an example of what I mean:

6 Space Marines (a Sergeant, a meltagunner, a guy with a lascanon, and 3 normal Marines) get shot by an Imperial Guard veteran squad. The Marines take 6 lasgun wounds and 6 wounds from plasma guns. Now your first instinct is to say “man they took 6 wound from weapons that ignore their saves, they should all die.” And that makes sense. But then in comes wound allocation. The defending player knows the wound allocation rules, so he allocates two lasgun wounds each to the sergeant, the meltagunner and the guy with the lascannon. Meanwhile the 3 normal marines take the 6 plasma gun wounds. So the normal guys all die, but there is a good chance the special guys all walk away unhurt after making their saves. And those three extra plasma gun wounds that should have killed the squad? They vanish into thin air, victims of black magic voodoo. Though Black Magic does has it’s upsides
So lets look at everything that is wrong with that example. Firstly wound allocation failed in all it’s stated goals, it helped the defender and not the shooter, and it failed to get rid of the special guys while killing all the normal troops. Secondly it allowed the defending player to ignore wounds to his squad that should have killed people. Thirdly it was far more complicated than a simple, they took 6 wounds that ignore their armor, they die, rule would have been. And finally here’s the big kicker, it means the shooting player made a big mistake by firing all his weapons. See the IG player would have been better off just firing his plasma guns, with only the 6 plasma gun wounds the whole enemy squad would have died, by shooting his lasguns as well he actually saved his enemy. And that’s just wrong. In no system should shooting your enemy more times actually make it more likely he survives. It doesn’t make any sense from either a logical perspective or a game play perspective. It’s just bad.
So those are just a quick few reasons why wound allocation is a huge, huge problem in 40k right now. Now I know it may seem like I just don’t like change, like I just really want to go back to an older system. Well that’s not true. While I admit I really liked the old system of Torrent of Fire, that doesn’t mean I want to go back to it, I think almost any other system would be better then the current one. And that’s really the point I guess, the current wound allocation system is bad, really bad. It doesn’t achieve what it was meant to, it slows the game down, and it very easily and legally, exploited. And it’s something we should talk about. Hiding our heads in the sand, saying things like “well that’s the rules, we can’t do anything about it” won’t actually help. Talking about it, admitting that its a bad rule will help, telling people its a bad rule will help. Finding ways to house rule around it will help, short term and long term. So that’s what I aim to do from now on, when I find a bad rule, wound allocation, TLoS, whatever, I’m never going to ignore it, I’m going to talk about. I hope you all will join me in talking about it, because remember at the end of the day it’s our hobby. Quitting or keeping quiet won’t help a thing, talking, arguing, about it just might. Or at least it’ll make me feel a little better. Imagining Star Wars and 40k crossovers also makes me feel better
Alright friends, that’s all of this time. So lets hear your thoughts on wound allocation in 5th edition. Do you like it? Hate it? Love it? What would you rather see instead of it, a return to Torrent of Fire? A new rule-mechanic you’ve thought up? Lets here it all. And as always if you want to argue with me, have an idea, or just plain think I’m wrong, well that’s what the comment section is for. 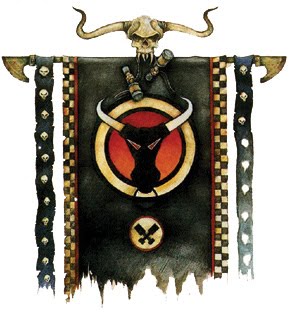