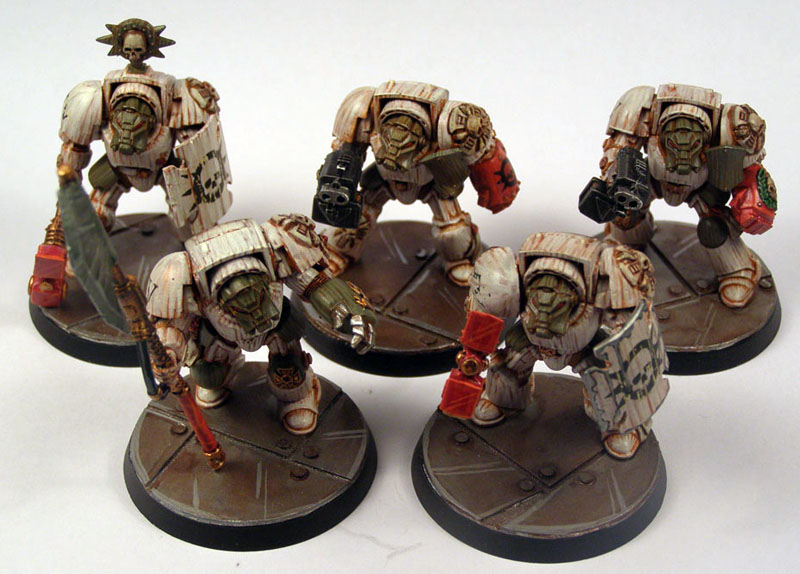 Its Friday evening, and its time to talk about Space Marine Termys.  Not the new fancy close assault ones, but the old school shooty ones… Gather round and bring your opinion!

So you rarely see squads of standard termys in Space Marine lists these days.  It seems every first company veteran has thrown his stormbolter in the trash heap and picked up his hammer and shield.

But I’m starting to practice running an army that relies on a big squad of 10 standard termys with some nice unit attachments and an IC to hold the center of my line.  The jury is still out, but I’m liking what I’m seeing.  I won’t give away exactly what my buildout is right now, but cyclones are a cheap way to get a quad ML dev squad piggybacked on a mobile, well armored platform at a fraction of their standard heavy support cost.

Add in other tricks from the codex and things get even better.

This is an open thread regarding your opinions and ideas on how to best use the termys in the current metagame.  I want to hear your unit buildouts, who you run with or near the units and how they perform in your armies.  Go to it folks!  Us inquiring Chapter Masters want to hear what’s happening out there on the tabletop.