Editorial: How True Line of Sight is Killing Our Games 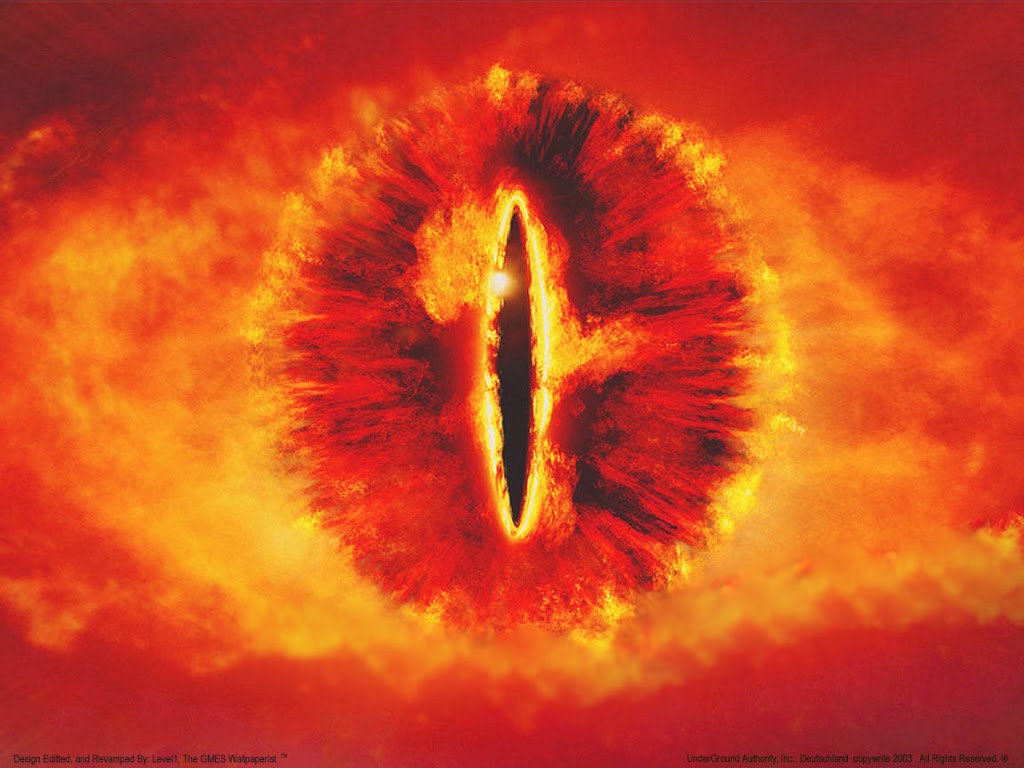 Lately a new menace has begun to threaten the games we know and love so much. What’s this new threat you ask? Well its greater than the religious nuts or the rising price of metals and there’s a big hint in the title about it, so read on for more.

True line of sight is the new big thing. Both 40k and Warhammer Fantasy have in their most recent additions moved to this system and it seems to be the new up and coming thing. It is a very simple concept at heart. Basically, if the model can “see” what is trying to see, then it can in fact see it. Simple, easy, effective, realistic, at least at first glance.True line of sight has begun to replace more abstracted systems that GW and other games systems used in the past. Gone are rules like size categories and only being able to see through 6 inches of woods. Now what you see is what you see, its simple. But its killing our games, it is overall one of the worse things to happen to wargaming, ever. True LoS is the Jar Jar of Wargaming
Why True Line of Sight In the First Place?
Legend (or possible a White Dwarf article?) has it that one day some of the design big wigs, walked in a game store. While they where going around watching some of the games being played they saw something they couldn’t stand. They some guy trying to shoot at his friends Land Raider. I assumed what happened afterwards was this:
“Ah ha!” the designer thought to himself  “He’s got him now, that Land Raider will never survive being shot at by a missile launcher!”
He was however surprised when the owner of the Land Raider calmly stated “I’m sorry my good man, but you just can not do that at all. You see my Land Raider is behind these woods hear, and according to the by-laws of our game that means you cannot see me.”
Our startled designer looked down and saw that between the dreaded missile launcher and the doomed Land Raider was a base, WITH ONLY A SINGLE TREE ON IT, meant to represent a whole forest. Aghast at this turn of events he swore to himself that he would fix this glaring problem in the next edition. I assume this is pretty much what everyone in England wears to game stores
So in short we have true LoS because the powers that be got tired of people playing with bad terrain and wanted to force players, and stores, to get better terrain. Terrain that was accurate and really represented the battlefields. On top of all this true LoS was seen as a simpler way of doing LoS and required less thinking than an abstracted system. Finally they wanted to make the game more “cinematic” and thought it would be cool for guys to shot through units, gaps, windows and whatever. All of this sounded like a good idea, but in the end it back fired. Much like Darkwynn’s pre ETC smack talk
Whats so bad about true LoS anyway?
First off, true LoS causes the most arguments of any rule in the rule book, period. This is not just a problem for tournament players, in comes up in friendly pick up games just as much as in major events. In fact I would say that about 80% of all games of 40k or WFB 8th, have at least one LoS argument. I’m sure many of you have seen this happen, or even had it happen to you. In an abstract system it’s easy to make sure things are hidden, or that you can’t see through some random window or under a tank. But in true LoS it’s possible for all of that to happen. Players constantly argue over whether or not they can see a target. This takes time away from arguing over ether 6 or 8 was the better looking one
Another strike against true LoS is that it is a pain for modeling. In an abstract system models can do pretty much what ever they want with their model and its cool. Want to make a super tall Dreadnought? That’s cool all walkers are size x anyway. Want to model all your guardsmen as kneeling, or only show their heads sticking our of a swampy base? That’s awesome, all infantry is size x, so it doesn’t matter. But it true LoS all of these are actually problems. Your super cool tall Dreadnought? Well it’s going to be seen by everything. Your kneeling guardsmen? Well that’s kinda cheating since it makes them a lot easier to hide. As an example of this in the Marcharian Crusade Campaign we put on a while back I played the Barac Pioneers. The special character for the Pioneers was supposed to have some kind of floating throne, so I modeled him on a giant floating command throne. Unfortunately this made him taller them a Lemon Russ Battle Tank, due to the flying base I put him on. Now my mediocre Guard character can be seen over a giant tank, very annoying. And yet still not as annoying as Jar Jar
True LoS insults our imagination
True LoS, is simply put, an insult. Remember how all this started, that whole one tree on a base is a forest thing? Well see those players were using their imagination to fill in that base with a full woods. But according to the rules makers that’s no good, we can’t do that, we can’t actually imagine those things, everything has to be exactly as it looks, or else it won’t work. But this is only with terrain. Gamers are really good at imagining things. For instance we can imagine that this: We can imagine all that, but we cannot, under any circumstances imagine that this: Is supposed to be this: And that my friends, is an insult.
True LoS is actually less realistic
Part of the attraction to true LoS, is that it is supposedly more realistic, after all if your model can see it then it would be able to see it in real life right? Well not really. See our model battlefields are supposed to be abstract representations of a real battlefield, not perfect copies. A lot of things that real battlefields have are lacking from the table top. For instance the average gaming table might have raised portions to represent hills and the like, but they only rarely can have depressed portions. Real battlefields have dips and gullies and all kinds of places to hide that the table top doesn’t.
It gets even worse when you start talking about lighting and smoke and dust. Table tops are generally well lit and free of smoke and dust, unless you play in a cigar club (which could explain a lot). Battlefields are not. the philosophy behind true LoS seems to think a battle looks like this: Notice how there is a lot of smoke that makes it hard to see things? Yeah that happen in a battle. Abstract terrain can sort of simulate this effect, that’s why for instance you wouldn’t be able to shot through woods, they are smokey and fully of shadows and hard to see through. True LoS ignore this. True LoS also lets your models do stupid things they wouldn’t actually do. Now some of you army types out there might correct me, but as far as I know shooting through open doors in your own tanks is not actually a tactic that people use regularly in real life. But this is actually something that true LoS allows, shooting through drop pods is a very common thing. I have even seen a guy depoly his troops out of a Rhino, open the doors so he could shoot through and then close them so he couldn’t be shot back out. Luckily he got what he deserved for that. So that’s just a few reasons why true LoS is killing our games. I could go about other reasons, about how it hasn’t made us get better terrain, just made the terrain we have useless. About how it is costing major tournaments, a bunch of money to replace their old non-true LoS friendly terrain. About how it makes the game harder to get into because you can’t just throw down some book for hills and felt cutouts for forest any more. I could go on about a ton of reasons, but I won’t, not this time. See remember we gamers can’t imagine things well and I really don’t want to cause anyone any pain from trying to think to hard or anything.

This picture of Jewel Staite should help to take your mind off imagining unrealistic things things, or not

Maybe I’m just over reacting to a trend I see, maybe I’m the only one who see a lot of arguments, maybe, heck almost certainly, I’m totally crazy. But as far as I am concerned True LoS is a needless and harmful addition to wargaming. It’s a greater threat to our continued enjoyment of the games than a wife and kids or even the Leafblower. I know a lot of gaming groups have already begun to house rule things to help with some of the problems, such as not being able to see through forest and the like. But these are only temporary and not very good, fixes. At the end of the day I see a problem, but don’t have a solution’s yet, maybe you guys can help?

All right lads and lassies, that’s all for this time. What are your thoughts LoS? Am I over reacting? Crazy? (Yes) Is it a good thing? A bad thing?  A meh thing? Well if you’ve got comments or questions, think I’m wrong or want to argue with me, that’s why we have a comments section. So we can imgine we are having a real conversation , so lets here it from you guys! 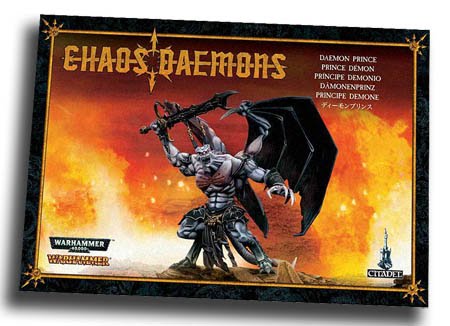