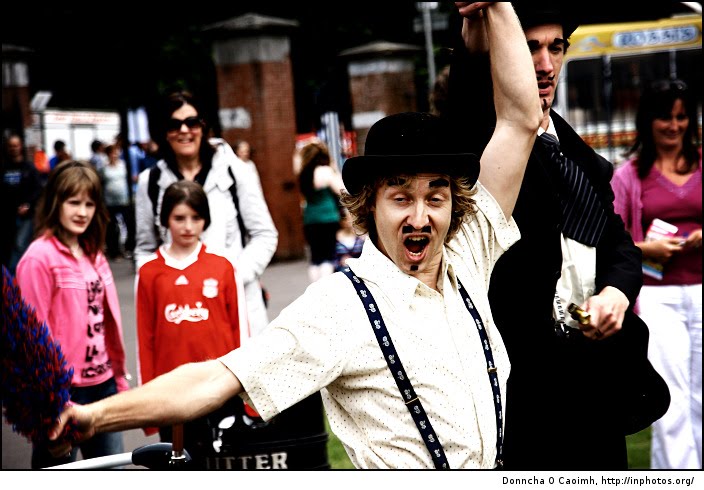 Goatboy here again, wanting to talk about tournaments in a very abstract way. I know I am known for building rather aggressive lists, hellbent of pulling you down into a Goat layered hell. So instead of just talking about how to win a tournament, I want to talk about what kind of tournaments people seem to like and my own opinions on them.

I think in everyl “tournaments” there is always a form of competition. No matter what people say, getting the most points wins and getting these points IS the competition. Whether it is having an awesome painted army or being the king of plastic grey minis, each event is competitive. I don’t know about you, but anything I go to and try to win is competitive. I am trying to win more plastic goodies. The question is what kind of competition am I looking at.

Beauty Pageant Events
I think we all know what these are. These are the events where painting gives more points then any single game would every give you. These are the events where you sometimes see uncommon armies winning out in the end. Now of course a good general can overcome an army’s weaknesses but most of the time these events have some kind of kick ass army that looks awesome win when obviously the 5-0 stompfest guy is left without any prizes other then a slight grumble at his WAAC prowess. These events are usually a ton of fun because the “pressure” of producing an ass whuppin’ is a lot less. Also in a lot of ways, you get to see a lot of armies that inspire you to create cool stuff with your own army – or at least pay someone to make it for you. I personally don’t go to these that often because if I don’t want to spend a full edition painting and converting my army up to a high enough standard to feel like I could compete.  I bet Michael Strange can eat these events up like candy!

Heavily Comped Events
If you have to have your list approved before you play then you know that this is a comp heavy event. The competition is still high in these things as obviously you will need to be good, even with the handicap of a non optimized list. These events will normally still have the high quality player winning in the end and normally the usual “best” armies towards the upper end of the tournament standings. The biggest misconception of these events is that there is a lack of competition. The art of list building and still creating something that is effective and still fun producing is what drives me to enjoy these events. It is one thing to have complete access to all your tools, but it is another for you to have to truly figure out and find that perfect balance of interesting as well as effective in a list. A lot of times I feel this is where a great general can outshine his army by making people scratch their heads at the list choices and still manage to pull off wins.

Wacky Tournaments
Here you have the tournaments that are normally defined by rules and missions that break the norm. You might have something like each table has its own mission rules or missions that make you feel like you are not playing the normal game. There might be a strange point limit too or at least some other kind of funky option like a sideboard or other crazy rules. These tournaments can be a lot of fun as they break you out of the norm you are used too and helps you look back at the game at hand and come from different and interesting angles. A lot of the time the competition will be lacking as trying to fit into oddball games can be a lot more difficult then a normal game of throwing d6’s. I’ve played in these from time to time and have found them to be enjoyable. I don’t worry if I lose as much and just look at the fact I get a day away from house work or laundry.

“Competitive” Events
Here is where you start to get a lot of attitude from some groups of players. I differ from them in that I don’t believe that only these type of events are competitive as I feel anything labeling themselves as a tournament is competitive in its own way. If you’ve been reading online you can see how these events will start to pop up all over as people want to try to be a competitive environment. To be competitive the thought is that only the battle points matter as paint, sportsmanship, and whatever else mean nothing in the grand scheme of kicking butt. I am somewhat torn on this, as I feel painting and sportsmanship is still an important factor. Now I don’t want the paint score to win the tournament for someone. I just don’t want to see an unpainted army take the top prize. 3 colors isn’t hard to do and I can easily tell anyone how to efficiently finish an army. As a competitive player I do enjoy these events as they let me not pull punches and come at the game as a competitor when most of the time I am just looking at having a few good hours of BSing and throwing dice.

Final Thoughts
So here you have all of these events – so the question is how do you score all of this too? That is another thing that is causing headaches to TO’s everywhere as they try to figure out the best way to “judge” these wins. Do you do a W/L/D type of thing or Battle Points? I haven’t played the W/L/D styled event so I can’t truly judge what is the best at this time but with Adepticon adopting this event I won’t be able to dodge this style of tournament. So what do you think is the best event and best scoring system? What makes you want to shell out 300+ dollars to fly to a strange city and become king of the plastic minis? Oh and the picture is from when I typed in “Winner” in google search.

Author: Thomas / Goatboy
Thomas Reidy, aka Goatboy, the ever-evil member of BoLS. I do arts, play 40k, and even paint a lot of stuff. I have been playing Warhammer 40K since the 1990s, and have won multiple national events including Adepticon and GW GTs. I've been writing for BoLS for 15 years. Look at my Instagram to see what I am working on - or working on for someone. I am always doing something hobby related.
Advertisement
Tournaments Wargames
Advertisement 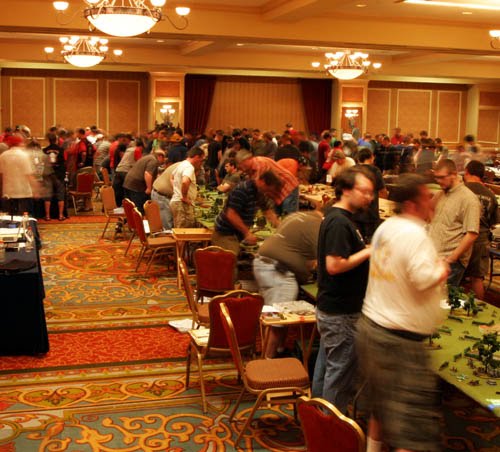