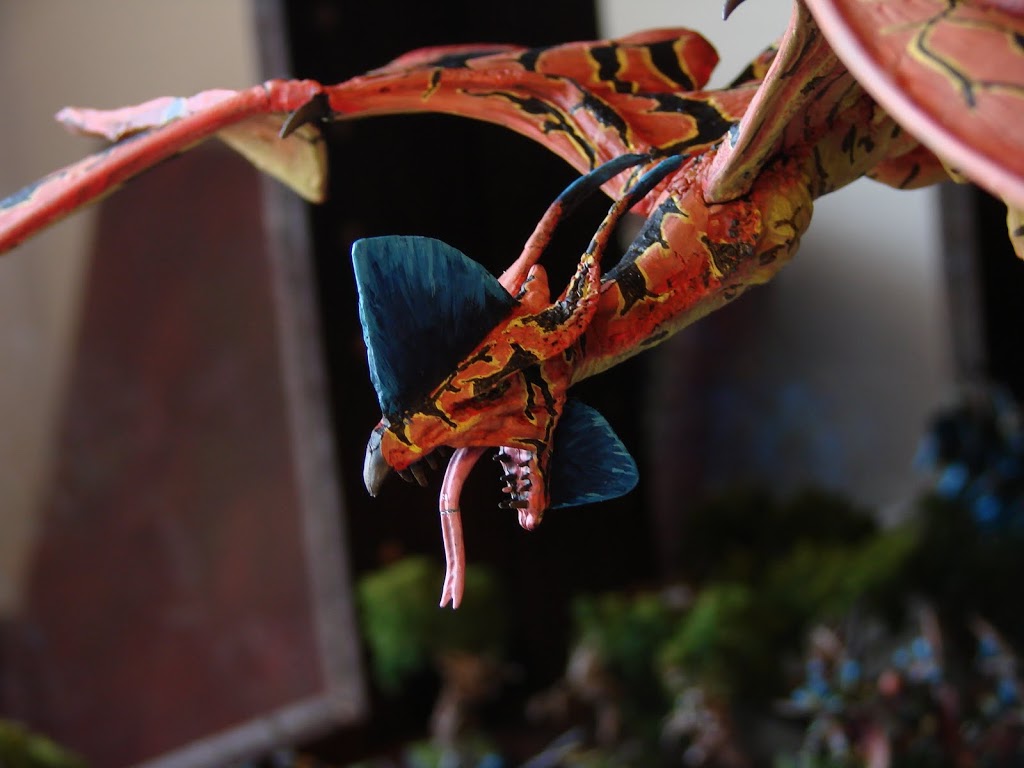 I had several requests for more photos and information about the Wood Elf army I played at Wargames Con. Ryan, their creator, was nice enough to share the background behind the army and some great photos. I’ll go through the units, with some thumbnails for your enjoyment. In 7th Edition, I fielded two units of Wild Riders, either 5 or 6 wide. In 8th, I don’t trust fast cavalry as much, and plan on only fielding one unit of five.

The horses are the wood elf horses, with extra legs either glued on and puttied to look good, or new legs completely resculpted on. The heads were trimmed to be the correct size, and greenstuff was applied on top for the crest. The antannae are armature wire with greenstuff on top. The Dryads were the first models I painted for the army, as I wasn’t sure of the theme at the time, but wanted to have paint on something. I’ve always been sad that dryads seem to look like dead trees, so I added foliage to the tops of them to make them seem more alive. It has since backfired – the foliage takes up too much room, and they won’t rank up as required in 8th Edition! Until I feel inspired to rectify the situation, I fear they may not see much action. Of the entire army, this is the one I get the most questions and comments about. There’s a great deal of greenstuff on the model, so I’ve even included a “WIP” picture showing a bit of the work that went into the wing.

The Leonopteryix started life as a High Elf Star Dragon. The wings were sawn apart and rotated, to add the space between each “leaf” of them. A fourth leaf was sculpted to help them sweep forward like the Leonopteryx of the movie.

The neck was significantly shortened, and the crests were sculpted onto the head with some armature support.

The model itself is was originally mounted on a 40mm base, with the Star Dragon rock formation at the bottom .The hollow rock is filled with lead, and a long coat hanger is used to attach the model to the base. A weighted styrofoam rock prevents the model from inverting itself, since most of the weight is in the wings and the model wants to flip over when it’s perched on the wire. After a few pretty bad falls at Capital City Carnage and WARGames CON, I mounted the 40mm base onto a 50mm to increase its footprint. I then added even more lead weight to the base, to bring the center of gravity down, and re-flocked the base. Since then, it has only fallen over once (and that because it was on loan to someone who wasn’t used to moving it).

For travel, the Leonopteryix slides off his base, and travels flat. The base is stored at the top of the army case. There are thirty Glade Guard I can draw upon in battle. In 7th Edition, I ran them in 3 units of 10. In 8th, I have dropped this to two units of 10, to clear up room for Eternal Guard and some other fun toys.

The Glade Guard in trees began life as Scouts, but were quickly integrated into a ranked unit. The bows are strung with beading thread, and the nocked arrows are bits from the GW Giant kit. The Death Star, and core of the 8th edition army – 39 Eternal Guard. No themed conversion work, they’re just wood elves painted blue. About the only noteworthy part of the unit is the banner, which was painted to resemble the movie poster. Mountain Banshees (Warhawk Riders)
As impressive as the Great Eagle is, I feel like these guys were even more work. The Banshees began as Lizardmen Terradons. The wingtips were clipped off, and wire armature was drilled into the sides of the wings to allow the ‘fingers’ to come off. The remainder of the wings were sculpted.

The head was ground down, and then rescuplted to match the faces of the Banshees in the film. The rear fins were also done with armature wire and green stuff.

From there, the Warhawk Rider models were mounted and connected to the mounts with armature wire drilled into the backs of their heads. The Wardancers were the first unit converted with the Avatar theme, but there is very little work done on them. Their backs were drilled out, and armature wire was inserted. The wire was then greenstuffed into tails. The addition of tails did give me some help in emphasizing the motion of the models, by further exaggerating their movement. The treeman – a beautiful resin model by Ultraforge. There’s not much conversion work on her (at the moment), but I am working on a fiber-optic rig that I would like to mount to her back, for a “tree of memory” feel. For now, though, all that has been done is the addition of foliage.

The only non-brown paint on the model is her eyes, which were painted blue to reflect the LEDs on the army movement board. My Alter Highborn, usually fielded with the Bow of Loren and Arcane Bodkins. I’d debated giving him a machine gun, but in the end opted for multiple arrows on a bow instead. I wouldn’t want anyone accusing me of using a 40k model. He got a lot of use in 7th Edition, but the new rulebook lores make taking a level 3 or 4 so much more tempting. My second Highborn, fielded with the Rhymer’s Harp and an Annoyance of Netlings. The 8th Edition emphasis on large block of infantry makes a lord who can give an entire unit a 5+ Ward save a very potent option. She usually sits in the “Death Star” of Eternal Guard, making a very hard to kill, Stubborn unit. The Spellweaver has recently been promoted from a L2 Spellsinger (where she spent her entire 7th Edition Career). Now, she is typically fielded as a Level 4 with the Lore of Life, and various arcane items (Wand of Witch Elm or Divination Orb for dispel, or the Ranu’s Heartstone to prevent miscasts). A Reaper dryad sculpted by Werner Klocke. I fit his work into my armies wherever I can, for obvious reasons. A Waywatcher Hero. I used him occasionally as a sniper, but he has since fallen into disfavor. Missing half your shots when you need a 2+ to hit does that. First off, I have to say that I hated this model when I got it. I hated the pose, I hated the way the banner went around his head, and I hated the Games Worskhop, “Look at me, I’m yelling!” syndrome. After painting it, those things aren’t really as noticeable.

The banner design is taken from the old Wood Elves rulebook, though the tree has been modified to reflect the Avatar hometree.

I generally give him a War Banner and add him to the Eternal Guard. With the Highborn, that gives me 40 Eternal Guard, with a 5+ Ward Save and a Stubborn, rerollable Leadership 10. Death Star, anyone?”

Want to see/read more?
There is a cache of great photos and some more information on Ryan’s website.
Advertisement

Author: The Girl
The Girl is a tabletop Games & miniatures professional with over 15 years of experience in the industry. Her specialty is the world of Games Workshop's Warhammer lines of products. She began writing for BoLS in 2010.
Advertisement
Conversions Miniatures Painting Warhammer Fantasy Wood Elves
Advertisement 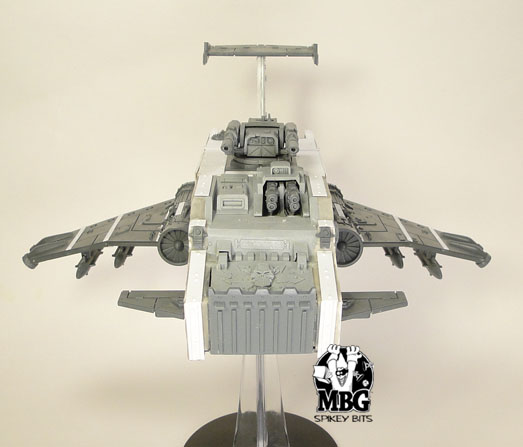