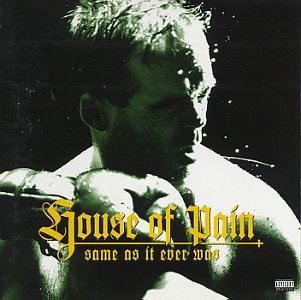 So I am sure most people have read, seen, or at least heard about the Dark Eldar codex. There is an interesting new racial ability, Power from Pain, and it has some very interesting possibilities.

What it basically does is it allows a unit to generate a pain token – a token that generates special abilities. The first Pain token gives you FNP. The second gives you FNP and Furious Charge. The third gives you FNP, Furious Charge, and Fearless. All in all it is pretty nifty and creates a nice new thing for the new Xenos army on the block. Now the question I have and what I think works is that the only thing Power From Pain special rule does is let you create a Pain Token. The actual use and effect of the Pain Token is a flat static ability that is conferred from mere ownership of the token, not the rule Power from Pain itself.

So now what does this mean? Well you have to look at how Pain Tokens can be delivered to a unit. When an IC joins a unit with a Pain Token or brings one to them the basically get to use the Token at that point. Now when the IC leaves you are supposed to split the Pain Tokens between the two groups. Obviously if you have 2, one goes to the IC and the other goes to the unit. Now when you have only one, you get to choose who gets it. This is where things get interesting as you are able to give a unit a Pain Token, they get the abilities of the pain token, and you get to have some fun bringing the pain.

Lets look at some units that can benefit from this. This is something that some people have brought up as well as a kind of under the radar unit. Of course since it is a rather large and kinda annoying conversion unit it might not be seen on the table top that much, but still it is something to think about. Others are kinda strange as we still need to see how they work and if they are even worth it on the table top.

So the Beastmasters are different this time around. They now get 3 different kinds of beasts. Also the unit is no longer one Beastmaster and some crappy looking models, it is instead 1-5 Beastmasters with 3 strange units. Lets look at each of the units and give a little pro and con.

Clawed fiends – Strength and Toughness 5 as well as having 4 starting wounds. They also have a special rule – Bestial Fury – that gives then an additional attack for each wound they have lost. They start off with 4 attacks base and are a great wound soak for no auto killing wounds. You can only start off with one of these guys per Beastmaster. Conversion ideas – The Thing in the Woods or maybe a Chaos Spawn?

Khymerae – These are shadow creatures that have a 4+ invulnerable/Always in cover save. They have 3 attacks base and have a Strength of 4. You can have up to 5 per Beastmaster meaning you will always have a “cover save” even in the open. Conversion ideas – Chaos Warhounds painted Black and shadowy.

Razorwing Flocks – These are another interesting unit as they are another wound sink with 5 wounds but are only Strength and Toughness 3. The neat thing is they have the Rending special rule as well as 5 attacks each and you can get up to 2 per Beastmaster. Crazy Bat Creatures!.

So with the ability to dump 5 Beastmasters in a unit you get some crazy amount of wounds and attacks with a rather large, cover granting unit. Add in the ability to start off the unit with a Haemonculus and you already have a Pain Token on the unit and some always awesome FNP action.

I was mistaken with the beastmasters able to take all the beasts. A single Beastmaster can take one type of unit – so you can’t get all the craziness below. What you can do is set up different types of Beastmasters to utilize different needs.

You go with usually 2 wound dumps with the clawed fiends, 1 batch of Cover saves with the Shadow hounds, and 4 batches of Birds to get a good amount of attacks. This also helps you with being a more controllable unit as well as cheaper unit.

Total = 260pts – much cheaper and probably much more worth it as a “Surprise” out of the webway portal. You move 6, fleet d6 and have a 12 inch assault – usually meaning you get to hit someone without getting shot at. Of course if someone is on a floor above, well that just means they are jerks :).

Another interesting combo with the Pain Token technology is utilizing them and Harlies. Just imaging your dancing Space Elves getting two saves against some jerkfaces massed bolter fire. I am not sure if it is worth it but it is still something to think about, especially with an attached Archon getting all up in your face and calling your Momma fat.

Of course the question is will the Design Studio nerf this in an upcoming FAQ? I am not sure. I can see them saying that only units with Power from Pain can benefit from a Pain Token. With some of the above units you can see things getting a little out of hand sometimes too. In some ways I hope not as it gives Dark Eldar a new advantage that is rather interesting and pretty game changing.

A special shoutout goes to reader Oz for getting the gears turning on this one.

What do you think? I had to be convinced it worked that way and after rereading the rules it comes across as pretty much cut and dry. The generation of the Pain Token comes from the ability Power from Pain. The use of it is universal as the Pain Token itself generates the rule as well as the abilities granted by the number you have. Tell me what you think as well as some of the combos you can devise with the new upcoming Dark Eldar.

Author: Thomas / Goatboy
Thomas Reidy, aka Goatboy, the ever-evil member of BoLS. I do arts, play 40k, and even paint a lot of stuff. I have been playing Warhammer 40K since the 1990s, and have won multiple national events including Adepticon and GW GTs. I've been writing for BoLS for 15 years. Look at my Instagram to see what I am working on - or working on for someone. I am always doing something hobby related.
Advertisement
Dark Eldar - Drukhari Editorials Rules Warhammer 40k
Advertisement