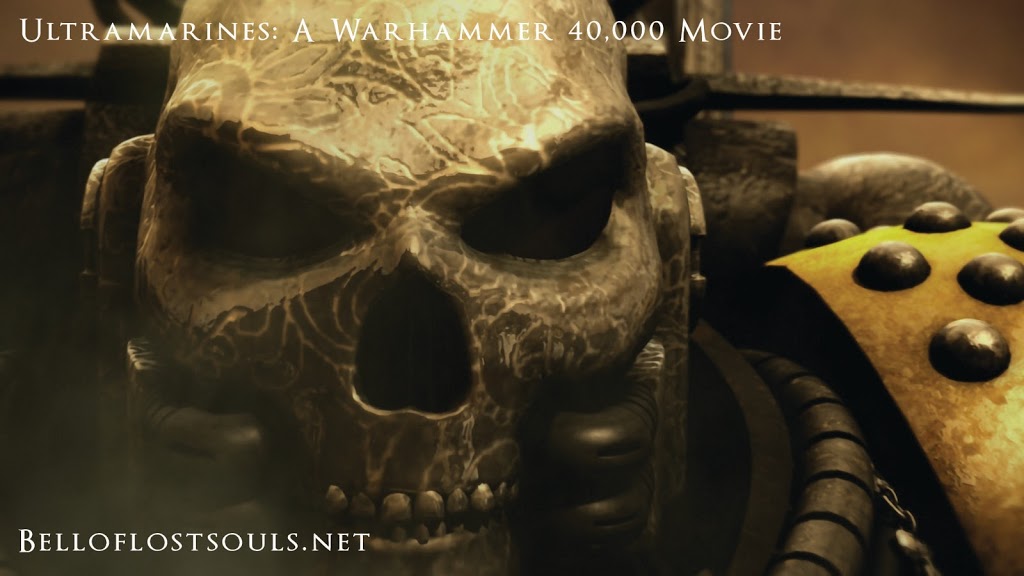 Spanky Harrison and AdamHarry got to see the upcoming Ultramarines Movie and want to share their non-spoilery first impressions.

I have to say, I was drawn to the screening more by the offer of free food than the desire to see the movie. My expectations were pretty low based on the trailer I had seen. Luckily for me, Ultramarines turned out to be way better than the first trailer suggests. The animation is certainly not Avatar, and it has its rough spots, but it also has a few scenes where it really shines. (a certain helmet – see above-  in particular really stands out) The gore and violence is well done, and manages to convey the brutality of the setting without feeling gratuitous. Ultimately (ha ha, pun) I can say this about the animation: It is good enough that it doesn’t distract you from whats going on, and the cool parts look pretty cool.

The plot was really well done, and considering that the screenplay was written by Dan Abnett, that’s not too much of a surprise. Unfortunately, I don’t feel like the movie really leveraged many of the things that I think are cool about Space Marines very well. (Their brutal strength and size, superhuman durability, and the fact that their guns shoot explody bullets) However, I do think that Ultramarines’ interpretation of the bolter is a move in the right direction compared to previous material. Even so, they do still manage to highlight many cool things about the Space Marines, including the role of the apothecary, as well as the relationships between marines of different chapters. The story also has a pretty cool twist/trope subversion that is very 40k, and really manages to make a statement about the setting’s attitude as a whole, compared to the more garden variety sci-fi out there.

All in all, I must say I was pleasantly surprised, and would love to see Codex pictures get another shot with a bigger budget and more time. This film was good, and I think Codex could do even bigger and better things if given the chance.

Let’s get the bad stuff out of the way because it will be fast. First the first trailer didn’t paint this film in a good light. While the animation wasn’t ground breaking, it was good. There are some rough spots, BUT, whatever. For what it is, a first crack at the 40K IP, I know it’s just the start of something awesome.

That being said, the animation did actually have some really sweet shots, too. As far as the voice acting it’s top notch. You really get a sense for the characters personalities. I also appreciated the realistic scale of the conflict ( a single squad answering a distress call for a planet really makes you feel the power and responsibility that every single Space Marine must bear). I don’t want to get into it too much but this movie had some great “HECK YA!! ” moments. There are even a few “Oh Snap” moments that kept it interesting. It caught me off guard on a few occasions which is a tribute to the story and the writing. The plot was good, there was good character development and the build up/pay off seemed approprate. I really enjoyed this movie!

Overall, buy this movie. Split it with your buds if you have to, but BUY the movie… It’s totally something you’re going to watch again and again with your friends, your gaming group, and your girlfriend…ok may not that last one.  It’s the perfect stocking stuffer for any of your favorite gamers. I can’t wait till the next one!  I know its gonna be on a loop at our club nights from now on.

Ultramarines – A Warhammer 40,000 Movie is available for order from Codex Pictures here.
Every copy comes with all this stuff and ships out on November 29th.  You can also follow along with this review thread in the Lounge. 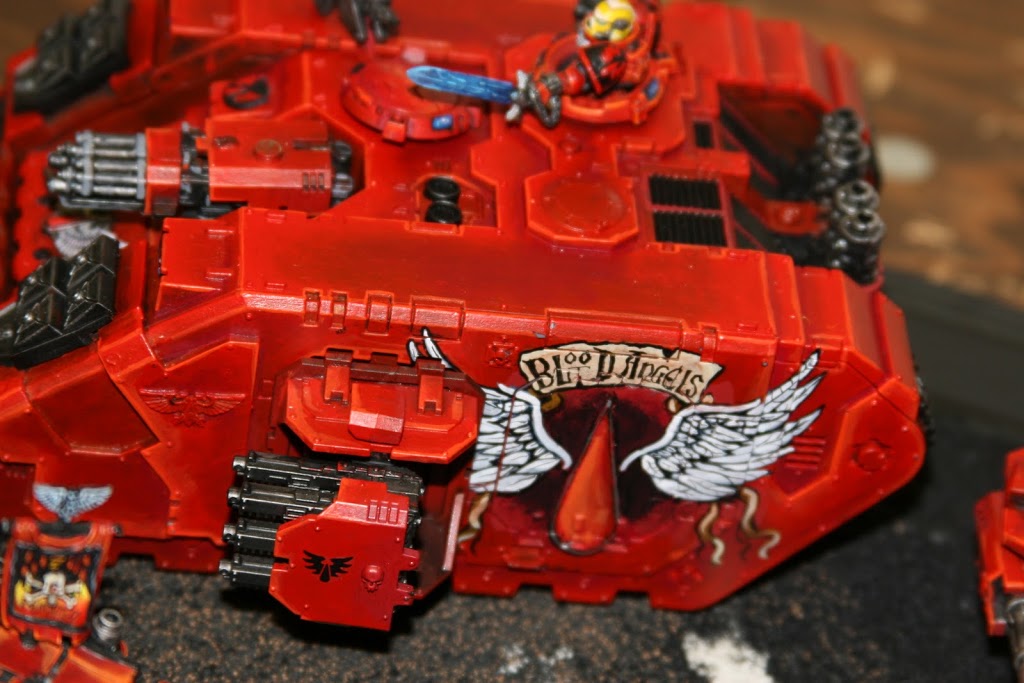