Guest Editorial: Why Battlepoints are Gimping Your Tournaments 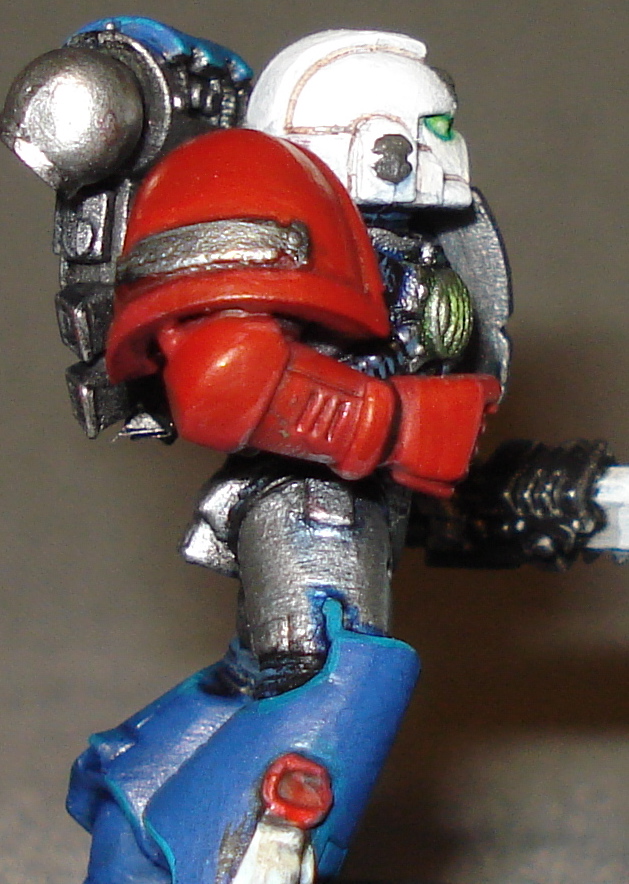 Brent here, the ne’er-do-well wargamer turned Tuesday’s columnist (yea, I know) here on Bell, and the voice behind the somewhat popular hobby blog, Strictly Average.  I’m bringing you a fantastic Guest Article today from the guys over at the Back 40K.

There’s a quick word from the sponsor… me… but for the terminally impatient and those who can’t stand to hear me yammer, skip to the article, Why Battlepoints are Gimping Your Tournaments.

The Problem with Random Sniping

Still here?  There were a few conversations last week, specifically the chats with liquiddark and the Arch_Inquisitor, which I’ve thought about long past the point it was probably healthy.  In each case, on different subjects, they illustrated then defended their point of view.  It was food for thought and I picked the bones.

They probably hoped I’d choke, but someone with hair like mine just sticks around.  The point is, I’ve given it a lot of thought and came to a rather uncomfortable conclusion: I’ve been a bit of a butt.

I won’t waste time on specifics, but a few times over the past month I took took some cheap shots at Comp, thereby throwing my objectivity out the window.  The way I did it, divorced from some larger point, precluded any argument or debate.  Further – and most grievously – I didn’t offer any sort of solution to the problem.

The reason I love attending tournaments is meeting people and drooling over their toys, so frankly I’d hate a tournament scene that valued competitive play over all other facets of the hobby.  It’s a serious subject, which in the future I’ll treat seriously.

My first effort to that end was reaching out to Sandwyrm, Farmpunk, and the other gents from the Back 40K, who’ve been discussing the subject on their (very awesome, worth checking out) blog.  Now, their solutions may not be yours – that’s okay too!  Feel free to comment, and if you have a point of view on the subject you think would make a great article, touch base with me – maybe we can give it some exposure. Why Battlepoints Are Gimping Your Tournaments

It’s a plain fact that 40K tourneys have a bad rap amongst the greater 40K community. They’re often seen as nothing but an excuse for WAAC (Win At All Costs) players to throw fun out the window and bring the most “broken” or “spammy” combos they can to grind other players into the dirt. Certainly, the most common experience for new players attending a tourney for the first time is to lose two or more of their games. Often very, very, badly. Which, when combined with the tension of a typical event, will often sour them on ever going to another tourney again.

But is it the competitive players that are responsible for this perception, or is the result of a flawed competitive system?

I’d argue it’s the latter. GW created the WAAC seal-beating phenomenon. Not the players. They did this by creating a flawed tournament format that others continue to blindly mimic.

Back in the mist-shrouded age of the late 80’s and early 90’s, GW started running competitive events to help build interest in the hobby. It was (and still is) a marketing tool. So they handed the responsibility for it over to the sales department instead of the design studio. Who suddenly had to figure out how to run an event of 60 or more people.

The first problem they faced was that 40K takes a while to play. Back in 2nd edition, it wasn’t unusual for a casual game of 2000 points to last 6-8 hours. Things are better now, but 2 hours is about the minimum amount of time that you can reliably get a 2K game done in; and then only if neither army is a foot hoard. In which case you might only get through turn 3 or 4 before your time is up.

So as you can imagine, this limits the number of rounds that you can have in a day to just 3-4. Which represents 6-8 hours of playing plus 2-3 hours of breaks.

Their solution was Battle Points.

But There Was A Problem…

The first few events probably went well enough. But over time the organizers started noticing a worrying problem. Their events were attracting not only competitive gamers, but what would later be known as the WAAC gamer. The guys who like to beat their opponents’ faces into the dirt and/or cheat. What’s more, these guys were winning the events! Uh oh, thought the organizers, we need to fix this. So they started adding in non-game scores (soft scores) to the battlepoint total. Things like painting scores and player-scored sportsmanship. In an attempt to encourage better behavior at their events and keep the WAACers from winning so much.

But that only encouraged cheating. Players started bringing armies that they didn’t paint themselves, while many others would “chipmunk” the sportsmanship scores of opponents that beat them in order to screw them out of the top prizes.

On top of this, we eventually got composition scoring. An attempt to further limit players from taking certain units that were considered overpowered. Problem was, comp just became another part of the game. Meaning that the same players who had figured out the game were able to figure out and exploit comp to their advantage. While the more casual players were the only ones hurt.

And Here We Are…

Two years into 5th Edition, we’ve finally reached a tipping point where Comp is being abandoned in favor of playing by the rules as they are. Part of that is GW writing better, more balanced codices with lots of build choices. But it’s also dawning on people that Comp never really worked all that well in the first place. Much less now, with the ability of almost any 5th Edition codex to get around any restriction due to their larger variety of effective units.

That still leaves soft scores. But attacking soft-scoring doesn’t get to the root of the problem. Which is:

Think about it for a moment. No, really think about it. Battle Points award variable scores based on how badly you beat your opponent. They encourage you to win BIG. What’s a baby seal? It’s an inexperienced player with an uncompetitive list. If you want to win a BP-scored tourney therefore, the best thing you can do is to absolutely annihilate 3 – 4 baby seals. That will give you the maximum possible number of battle points at the end of the tourney.

Whatever you do, you don’t want to go up against strong players until the very end, if at all. Because if you have a couple of closely fought wins the seal-beaters will advance right past you to the top of the rankings. Adding soft-scores into the equation doesn’t change this fact. It just makes sure that the richest, most two-faced players will tend to be the ones that win your tourney. Rich, because they’ll be paying someone else to paint their army. Two-faced because they need to beat a baby seal senseless while making the seal believe they’re the nicest person in the world. Lest they lose out on those sportsmanship scores while cheating others out of theirs. What do we call this type of person? A Politician.

So to summarize, 40K tournaments tend to be a mess of an event where new players are beaten senseless, truly competitive players are passed over, and where the best general award goes to the luckiest politician. Yeah, that sounds fair.

So What Do We Do Instead?

What we do instead is to stop using Battlepoints to determine the winner of a tourney and go by win/loss instead. This removes the incentives to act badly and pummel helpless opponents. Because now it’s OK to ease up on a weak player that you’ve already beaten. This lets you relax and enjoy a closer game where you can actually give some tips to the other player.

We’ve had 3 win/loss tourneys here in Indy over the past year, of which I attended two. Both of those tourneys (neither of which I won) were easily the best tournaments I’ve ever attended. Because everyone was relaxed and playful instead of on edge all the time.

There was much less worrying about match-ups, since a close game wouldn’t knock you out of the running. I had no problems with opponents cheating me, as I’ve had problems with at EVERY other event I’ve attended. There was no worrying about soft scores, no yelling at other tables, nothing. It was quite pleasant all around, even for the baby seals. Who should all go away with good stories to tell instead of bad ones. Thereby growing the tournament scene.

But What About The Undefeated Players?

Simple. Either hold another round to eliminate ties or just split the prize support between them. I’d much rather have multiple winners at a fun, fair event than a single winner from an unfair stress-fest.

If it really bugs you, hold a short quiz or something else gameshow-ish in front of the other players to determine who gets the certificate. But DO NOT give this person any more prize support than the other undefeated players. Else it’s not fun anymore.

“Hey I Know, We’ll Do Win/Loss But Break Ties With Battlepoints!”

Nope, bad idea. Because you’re still telling your top players that they need to club seals. This will also make your results more dependent on matchups. Plus your Baby Seals will still leave with bad stories about your event instead of good ones.

So lets clean up the tourney scene and make it fun for everyone by ditching Battle Points.

Well, I’ve had Porky Poster and the Back 40K dudes as guests; everyone involved wiped their feet at the door, so I’d be happy to welcome them back at some point soon.  What I’m after isn’t agreement, it’s a point of view, well-thought out and well-spoken.  If you’ve got the goods and believe the community would benefit, let me know.


So, thoughts?  Comments?  Hugs and gropings?  Give it up, folks!