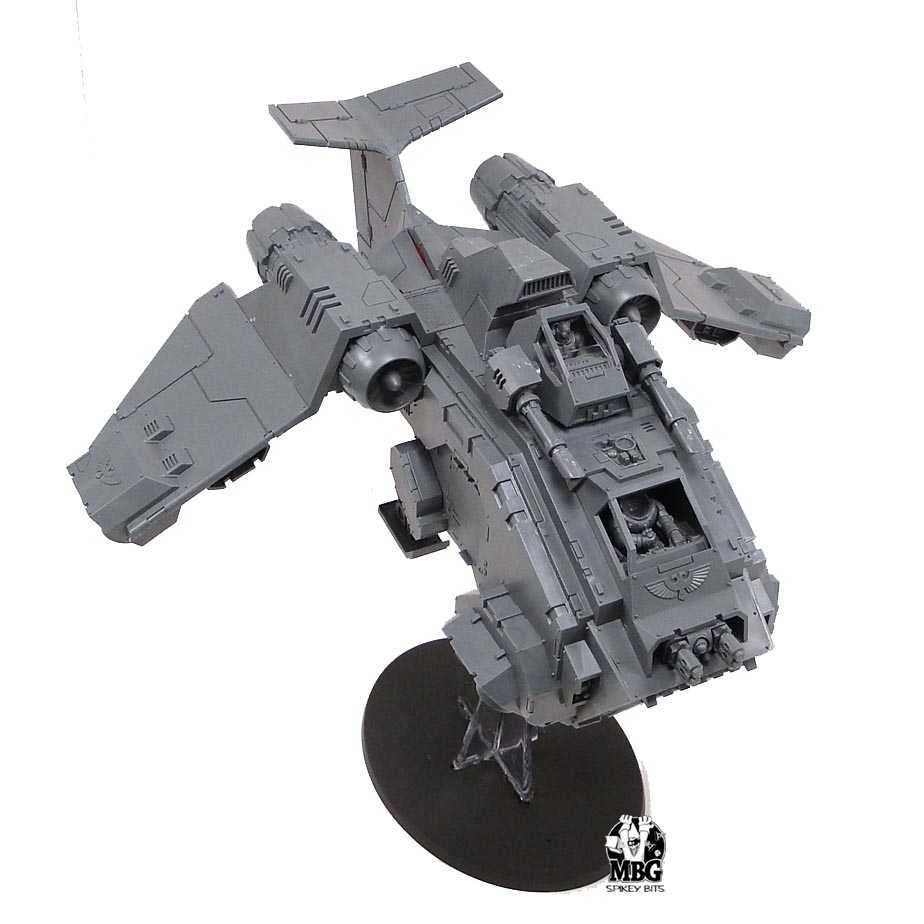 MBG here with my review of the new Stormraven (I had to take down the first post due to some mis-communication, so with the releases of Grey Knights I though it was time to revisit this kit)!

Like it or love it the new kit is here. I started right in on the assembly, after we got our black box in (containing the Furioso, and the Stormraven), and I had a field day with this thing.

Here’s my review, as well as some conversion food for thoughts.  I’ve rated the kit on a scale of 5 Stars or Spikeys for this post.

Kit Layout and Instructions
The box itself is huge, battleforce size even, and contains a ton of extra options as well as a Valkyrie flight stand.  First off the whole kit goes together quite well, the new computer design system that Games Workshop is using seems to be a boon for model quality, and tolerances.

The instructions were a bit vague in some places (which has been kinda normal for their bigger kits lately), and more than once I had to triple check my assembly.  I was however somewhat distracted as I chose to put this model together in the middle of my game store, during a busy weekend.  GW also tends to do a White Dwarf spread or website articles that are more in depth for these bigger releases, so that will help out as well.

I am also working on another post to go live shortly that will have some hints that I hope will allow anyone picking up the kit to get the best assembly possible.
4 of 5 Spikeys The model itself is pretty sweet.  It’s got details just about everywhere, another testament to GW’s computer design, and has IMHO raised the bar for new plastic bits. There is a plastic servitor, twin weapon options, moving VTOL thrusters and  ramps, and a fully detailed enclosed cockpit.  It even comes with two new clear glass canopies, NICE.

I really like the cutting edge/ innovative feel to the kit, but I was a bit disappointed that there was no mechanism to hold a dreadnought (not that you can’t convert one).  There is a bit of detail on the underside of the tail section that suggests the dreadnought goes there via grapple, but it seems to be kinda phoned in

I would have liked to see more on that, but you can’t win them all I suppose. I mean its a plastic Space Marine skimmer, how much can you really complain about that??!!  I hope this kit will end up being be a successful stepping stone to a plastic Thunderhawk sometime in the future.

I know there has been a huge debate on the internets on the overall look of the kit, but I’ll go on record saying I like it. Here’s why- it fits the Space Marine aircraft “theme”. Look at the Forge World Caestus Assault Ram, and then compare the two- heck compare it to the Thunderhawk. I think its safe to say they all share a similar style.
3-1/2 Spikeys As I was building the kit and the initial shape started to form- my mind started to spin with weapon variants. So I had to try to attach any bits I could to the frame.

As you can see the hatches will support the predator sponsons, which is very nice. I couldn’t however get the Baal Predator Heavy Bolters/ Flamers to fit, or larger bulkier Land Raider ones- which of course is understandable they are inherently different.

Another nice feature of the kit is that it will hold Forge World hatches, as well as the normal rhino hatches.  Up top the turret ring is just a little too small to handle the standard Marine gun turrets, but you can bore it out slightly to make it work.

Overall the sky’s the limit on conversions here, and I have quite a few ideas already myself. No, no, not Orky Stormravens- maybe Chaos, but not Orky ones, yet.
4-1/2 of 5 Spikeys

So overall that’s 4 out of 5 Spikeys! Not too shabby for a kit that’s generating a lot of buzz.

Checkout the pictures below. So what do you really think of the Stormraven now that it’s been out for a while? Don’t be shy.

Author: Robert B
Robert is a veteran tabletop and miniatures gamer, and writer with over 20 years of experience. His specialtiesies are the worlds of Game's Workshop's Warhammer. He began writing for BoLS In 2010.
Advertisement
Blood Angels Grey Knights Miniatures Review Warhammer 40k
Advertisement 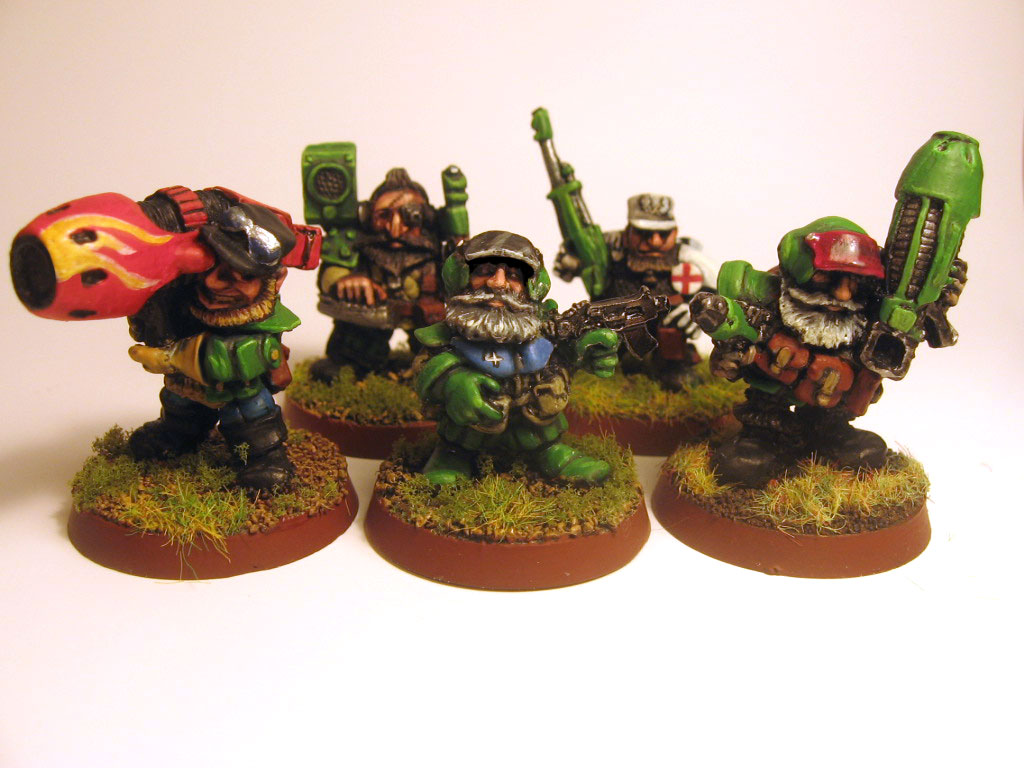