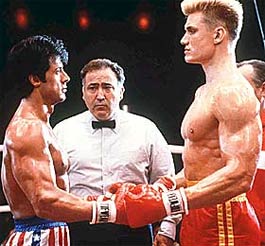 I want a good clean fight… Aww who am I kidding? Let’s get it on!

Mr. Black here, dear readers, and I already know what you’re thinking: “What is this crap? Those units serve different roles altogether!”/ “Obviously the Death Company are better” / “Wow Mr. Black is dreamy!”, but let’s actually take a look at the breakdown for these two units and see if the odds are exactly as stacked as would initially be believed! “Treat them with honour, my Brothers. Not because they will bring us victory this day, but because their fate will one day be ours.“

The Death Company are the raging, “I AM SANGUINIUS!” berserkers of the Blood Angels, boasting Feel No Pain, Furious Charge, and WS: 5 right out of the gate they bring a tough-as-nails and hit-like-a-truck one-two combo to the fight. What’s the catch? Well despite being a Troop Choice their Black Rage special rule keeps them from scoring, as well as forcing the Rage special rule upon them, meaning that should they move then it must be towards the closest enemy, which consequently leads to a lot of baiting techniques if against a seasoned opponent. Last on the list they also have Relentless, which means they can fire while moving…  nice addition but in most scenarios it just won’t come into play, as the usual armament is Pistol + Close Combat Weapon.

Indirectly, the Death Company also benefit from a Chaplain more-so than any other Marine, taking even more advantage of his Litanies of Hate ability to re-roll not only misses To Hit but To Wound as well, truly making them a horrifying force on the charge!

Vanguard Veterans
“For The Emperor! For Sanguinius!“
The Vanguard, mostly known for their Heroic Intervention ability, but we’re not talking about that today. No, here we’re speaking of just the standard Rhino-based unit, set aside from normal marines for their ability to access special weapons and armament as well as having two attacks base. No unique special rules to work off of, no higher Weapon Skill or anything, just slightly better than the usual marine for slightly higher cost. So what’s the big deal? Well, as most marine players know, it’s the gear that makes the unit, and having access to nearly all special weapon options can make a unit deadly: Keep them cheap with a few sets of Power Weapons, Lightning Claws and use them as a mobile strike force or deck them out with the works, packing Storm Shields, Thunderhammers/Fists, and whatever else you want to make them a true tabletop threat, if you have a build then the Vanguard can probably accomplish it.
+Multitude of Weapon Loadouts
+Base Two Attacks
+Fast Attack
-Need a Sanguinary Priest for best effect
-Heroic Intervention is useless without costly Jump Packs.
The Fight!

So let’s take two comparatively priced/loaded units and see what we get:
Chaplain+Death Company (x7) (Rhino, Power Weapon x2, Thunder Hammer): 350 pts.
Sang. Priest (Power Fist)+Vanguard (Rhino, Lightning Claw x2, Storm Shield x2): 350 pts.
Pretty similar aren’t they? The Death Company take Power Weapons while the Vanguard choose two singular Lightning Claws, meaning, on the charge, the Vanguard have six power weapon attacks, re-rolling wounds, and two Power Fist attacks, hitting on threes. Meanwhile the Death Company bolster twelve power weapon attacks, eight of which re-rolling wounds, and three Thunder Hammer attacks. But does weight of attacks win out in the end? Let’s run through some scenarios…
On the Charge
The winner here is the Death Company, and by a long shot. The addition of the Chaplain, and thus re-rolling attacks and wounds is causing the slope here… And yes, that’s technically relying on another unit, for I can’t see Death Company without a Chaplain of some sort, and if the Vanguards get to use a Priest, the Death Company get a Chaplain. The only issue that may arise here is the Death Company may be too good at their job: We all know you never want to kill a unit during your assault phase, you want to finish them off in the opponents, least you be riddled with bullets/lasers/bio-whatever in the next shooting phase. Still, given that, the Death Company take the category for their sheer killing potential. Point to the Death Company.
Getting Charged
Here I have to say the Vanguard take the prize, but that’s mainly due to our load-out. See, the Death Company rely on the Chaplain for their re-rolls, which means it only works on the charge, meanwhile, given that we have kitted them with Lightning Claws, the Vanguard still maintain their re-roll to wound (well, at least the Lighting Claws will…), and both units will have Feel No Pain. Difference here is the Vanguard have the capacity to lose their benefit should the Priest get killed… Savvy players would choose to leave the Priest in the nearby Rhino, thus saving him from harm, good plan and all, but we’re also losing the Power Fist attacks we gave him… Basically, in the above build, I’m making him to get right up there in the fight rather than shout prayers from the loudspeakers. Last to consider is Fearless vs. And They Shall Know No Fear- I have to say here this goes immediately to the Vanguard (from a “already in combat” standpoint), avoiding No Retreat! saves from a passed leadership check is nice, and they can always regroup unless the opponent chases them (likely), but even then you’re causing the opponent to do what you want them to do with the unit and not leave it to go run rampant elsewhere.
It’s pretty close here, nether unit pulling a huge advantage:  The Vanguard can lose Feel No Pain here but at the same time will probably take fewer loses due to the Storm Shields. Then factor in ATSKNF and I believe the Vanguard pull a head. Point to them.

Survivability
Last category and we’re moving into it with a tie, both the Vanguard and the Death Company holding their own… So combat a side, how survivable are the units in question? Both start with Feel No Pain, but the Vanguard have the ability to lose it- not looking good. To counter this, however, you have two Storm Shields in the unit, thus allowing them to survive those nasty Plasmagun/low AP hits should cover not be available, something the Death Company don’t have. Other than this the Death Company will be subject to Rage, forcing them to move towards unfavorable targets, not a huge blow to their survivability, as they can kill most anything they come across, but still a factor that must be considered.

So what weighs heavier on the scale? The constant Feel No Pain or the ability to take 3++ saves? Does the invulnerable help much in the cover-rich environment of 5th Edition? It does in combat, but we’re specifically looking outside that here… So, who wins the category?

~Yep! Sorry kiddies, but we’re leaving this open ended this week and opening up the comments section for personal opinions. I’ve given my own and tried to weigh the pros and cons of each unit against each other, and as you can see the fight is pretty close. Sure, the Death Company will win in raw damage output, but once everything else is factored in who really comes out on top? Let’s hear your opinions on the subject! 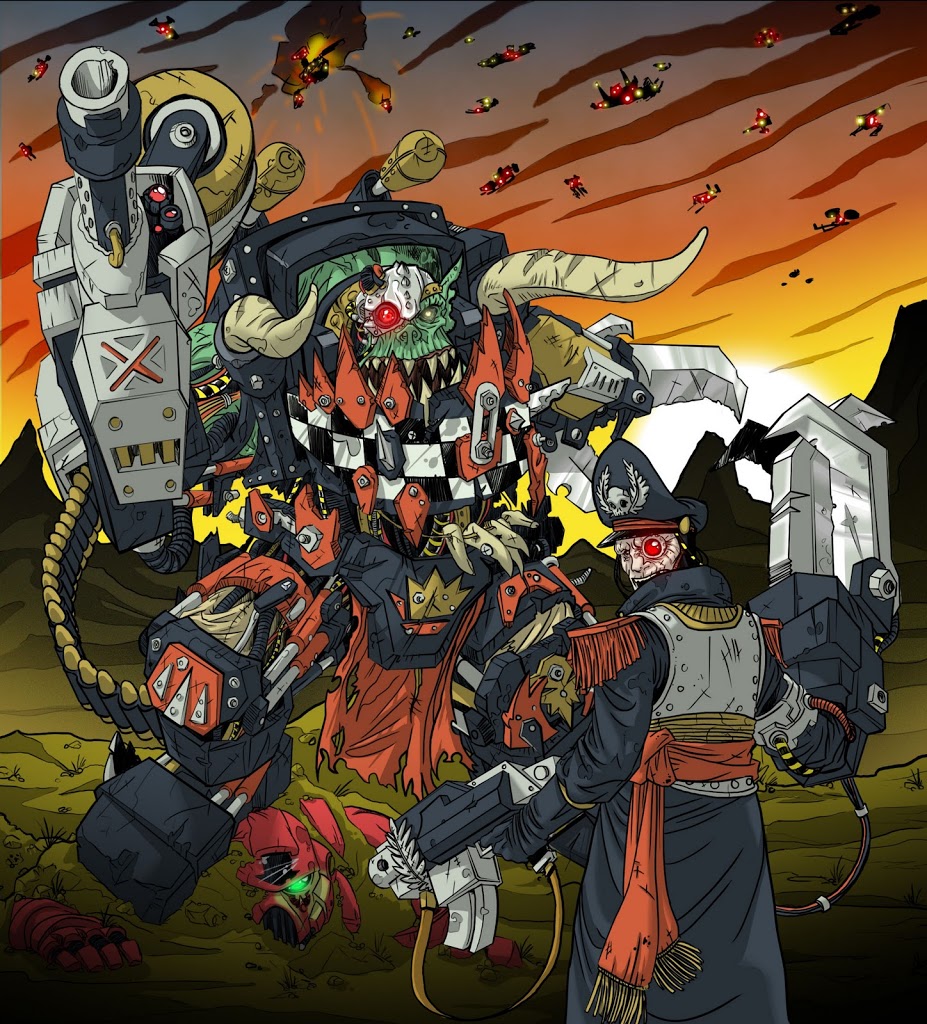