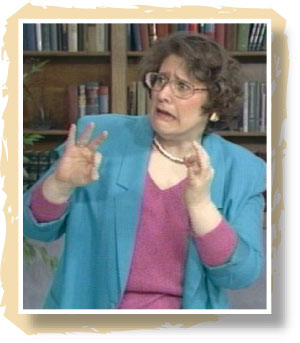 Goatboy here – somewhat rested from the Adepticon weekend.  We have a new book about to hit the game pretty hard and I would like to take this time to look at what I feel is a new shift in army building – going big.

The winner of Adepticon – Tony – played a fairly basic Space Wolves list. Lots of guys covering the board and being able to saturate fire as needed. This is a big change as instead of creating small paper gun tanks he went with a more solid plan of having as many boots on the table as he could. This let him have a better chance of hitting the average. As we all know 40k is all about hitting your average. How many games can you play that normally have you throwing 30+ dice a turn shooting, assaulting, or doing whatever you army wants to do. These large amount of dice rolls help make the game feel better. Think about it like this – yes Mephiston is a bad ass – but you know if you cause him 6 wounds he will most likely fail 1. Mix that in with the ability to cause a hell of a lot more and you got a way to deal with a supposed “monster”. This is what I like about the game and is what makes me start to look at weight of dice versus highly specialized units.

Now don’t get me wrong a death start/specialized unit has its place in the game. I like to use mine as bait material and create unfortunate choices for the opponent. Thus I create drama and try to make them pay more attention then they should as the rest of my army gets into place and starts to grind the gears of my army’s death machine. This is how I usually start to think of my lists and hopefully find the “sweet” spot and create an army that is both enjoyable for me as well as something fun to play against. It is one of the reasons I don’t play IG as I feel sometimes it is a no fun match for both parties. Yes we can have fun shooting stuff and laying templates down but in the end it just ends up being the same game over and over. You either die before you get there or I get there and have fun tearing up your guys in t-shirts.

So to get back onto the topic – I think quantity is starting to get better then quality. Lately the new armies are getting amazing troop choices. They are starting to not become as specialized and designed to be a “good” choice for your list. I know we all need troops but with some armies it feels like you just want to take the bare minimum because it hurts your overall effectiveness. I think this new shift is a good thing as more troops just create more exciting games. When you have more options to score you can do a lot more when trying to complete whatever missions you need for the win.

I am planning on finishing up my Grey Knights army for an upcoming event in May. I am trying to throw down with 40+ troops in the army and try to push the overall quantity theme in the list with the new codex. Will it work? Who the hell knows as more than likely that tournament will be one of the first times I play them. I don’t like Grey armies (mine is silver!) so I won’t be throwing them down till I have the main bit finished to a standard I like. I will post the lists up as I get closer to my goal.

Have you been adding more troops to your armies? Are you starting to look at quantity over quality in your lists? Are you tired of marines armies? I played 4 at Adepticon and it really has me wanting to see more Xenos. Does this post make me look fat?