Grey Knights – Are They Too Boring? 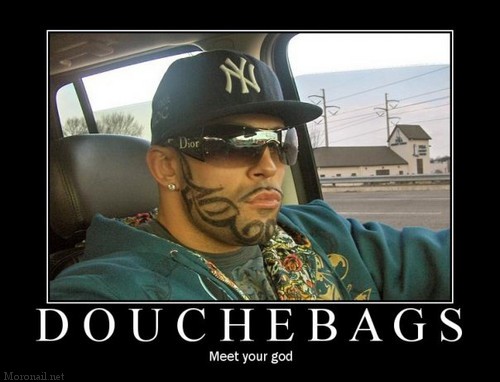 Goatboy here. I’ve been brainstorming Grey Knight lists and have started to come to the conclusion that while the codex look to be of good power they also look to be rather boring.

I know the new book hasn’t even been felt on the game scene beyond some proxy Battle Reports and way too much Theory Hammering. I just want to look at it from an army builder perspective and go into how I think this might be a rather boring book with limited builds.

HQ
Let’s start with the HQ section. A lot of the time I start my builds in the middle with creating a good scoring base with troops. With the Grey Knights book it really starts at the top of the tree and goes down as you create the army and hopefully have points left for decent roots. This is a book full of Utility HQ’s. What I mean by utility is that all the HQ’s are designed to make your army work better. You can see this in 3 options allowing for new troops types as well as most of the other options having powers that are not designed to kick your opponent in the mommy/daddy place but instead make the rest of your army kick that place really hard.

To give you a different look – lets take CSM. Most of the Special Characters are not army enhancing tools as they are more causing direct damage. There are only a few actual true Utility Characters (Fabius) as all the others are designed to go punch something in some way. Wolves have a good mixture of both with Rune Priests having some offensive might but really shine in the utility of leadership 10 and pysker protection. They also have Wolf Priests that make a unit better as well as probably some of the most offensive bar none Special Characters in the game with Wolf Lords. They also probably have the best utility Special Character in Logan and his DBag gang of friends.

So with Grey Knights it all starts at the HQ’s. Yes I know every army is limited to 2 but this army just screams for having more. You need Psychic defense? Well be prepared for that extra pricy Librarian to take out a nice chunk of your army. You want to run cheap guys wearing tshirts and having special weapons you have to take a somewhat ineffective Inquisitor. You want to take “old” Grey Knight like guys guess you have to basically play at 150 points less with a walking “ultimate” punch ninja – Crowe.

The heavy amount of front end issues with the book makes for a rather annoying set of army build issues. Yes you will see the Draigo nonsense but most likely we will end up seeing Coteaz and friends because it showcases the cheapest options as well as broadest options in the book. I bet we will see lots of Crowe/Coteaz dbag team ups in the coming months. The biggest boring issue is that I feel a lot of these options are great utility options but really need an army to make them work. We usually see more offensive guys at these points levels and with this army they are not going to take on entire units by themselves and come out ahead in the end.


ELITES
Once we move from HQ’s we start to get into the Elites section. Here we have another can of worms just like the Dark Eldar. How many Dark Eldar lists do you see that usually have 3 Elites choices? It is the same with the Orks too. Grey Knights also have this issue mixed in with a huge price tag. Purifiers are awesome. It doesn’t take much of a player to see doing extra wounds before combat and mixing in a large enough number of “spec” weapons to actually do something is a good thing. After that you a bad ass assassin choice as well as GW finally fixing Techmarines into becoming something neat *cough – rad grenades*. All of these options cost a good deal of points and leave you with very little in the way of creating a solid base for your army to work off of.

TROOPS
Now we get to the troops section and we don’t have a whole lot to play with. For all those that don’t think the game has moved to a 2000 point level then please reread this book. It just screams for 2000 points just like the Dark Eldar do. There isn’t the elegant point system the marine book was where somehow the army just flowed from each point limit to the next. The amount of bloat at the top just gives you so much less to work with. You mix this in with a rather heavy points cost on some of your basic guys and you are not going to have a lot of boots on the table. One turn of bad rolling and you will packing up your army to the next round. Yes terminators as troops is pretty good – but we all know it only really works when they have a 3+ inv save and one of their guys is throwing out strength 8 flying fists of death. This is where the HQ’s come in and you can create some more troop options that help out but still limit you in that your army will most likely look like everyone else’s. Oh you are playing Purifiers again eh? Aren’t their supposed to be like only 40 or so because they are so special?


FAST & HEAVY
From here we get into the end game of the lists with FA and Heavy. We get two FA options in the book – one is very expensive without the cool missiles and the other is basically more expensive troops that don’t score. The one good thing in Interceptors is that yes they can screw a Drop pod army. But is that really good? I mean to take one option that specially hurts one specific army style is rather – well dickish. I know I was writing up lists with them but every time I thought about the game scenario I just thought – How is this fun for them and me? I get to kill things on a 1 or 2 with Warp Quake and make the game extremely confrontational as well as just crappy to play. We all like our models to do stuff and having your entire unit die on a dice roll is just not my idea of having fun. Yes I could not cast the power but not using all your models abilities is also not that much fun as you play your opponent with kiddie gloves on too.

But enough of that rant with the FA options so limited it really feels like you shouldn’t take any. Yes we all want to play a small army that is easy to paint up but really how much fun are you going to have when your Ravens fall out of the sky and your Paladins are left to walk around looking for some kind of snack to eat. Where are the Speeders? You would think they would have some kind of crazy speeder options. Wouldn’t Grey Knight bikers be neat too? I felt like they really drop the ball on the FA options in this book – almost like they really wanted to push that Stormraven kit.

Heavy Support is another annoying set of choices in this book. At this point all Land Raiders should just be Dedicated Transport options. Yes I know we could see a crap ton on the table top but it really looks cool right? I know they threw one of the best dreadnought options in the game at this force org choice but they could have worked a bit better on some of the options. Why would you not take a vehicle that can ignore shaken/stunned as well as throw out 4 TWL S:8 shots. Don’t we know what Missile Launchers do to the game when you can spam out a ton of them? I think they are a bit too cheap but you don’t see me complaining as I throw down at least 2 on the table top for any game. The Purgation squad sounds good but I would have rather seen them somewhere else as they cost too much when compared to the “better” options. The DreadKnight – while neat – has some of the worst weapon options in the game. The Heavy Psycannon shoots a template? Why couldn’t it shoot 6 shots? That would have been neat and you could have this monster 6 barrel gatling gun thing off the shoulder so he looks like some kind of crazy War Machine like guy.

Conclusions
I don’t know I just feel like this new codex could have used more depth in the army instead of only the topheavy HQ area. Where are the predators? Where are the normal Marine staples? I know why they don’t have storm shields but really I would love to have some options. I mean we see so many in Marine builds why can’t they have some in the book? I just feel that overall the options are rather limited. I still think the Dark Eldar book is a fantastic toolkit had so many elegant avenues for creation that we are still discovering different play styles within the book. Will the Grey Knights be effective? Hell yes. Will it start to look the same after while? Probably.

What do you think about the book? The best quote from one of my articles was I ruined the game 2 months before it comes out and I want to know if you guys have found other things that just scream jerkface in our newest codex?
Subscribe to our newsletter!
Get Tabletop, RPG & Pop Culture news delivered directly to your inbox.
By subscribing you agree to our Terms of Use and Privacy Policy. 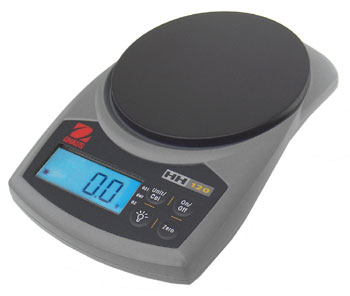