How the Internet Has Made Me Paranoid 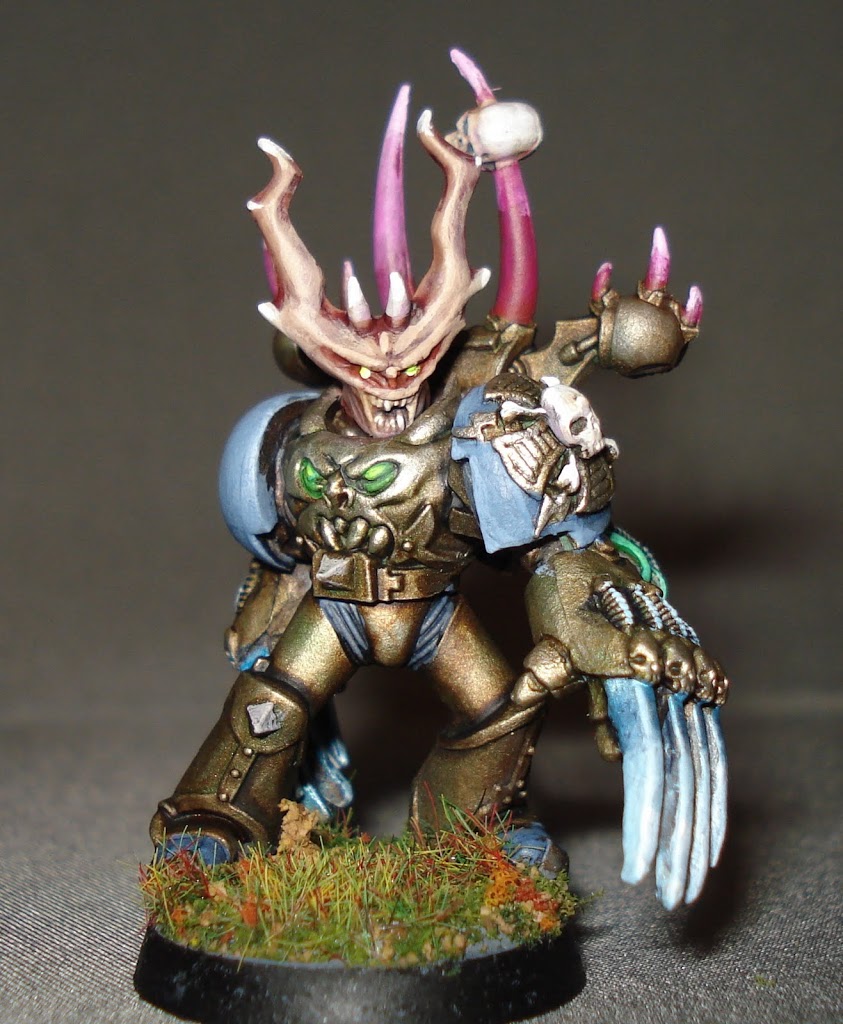 I’d write a lead-in, but you make me nervous.  In fact, I’m fairly sure you’re going to misunderstand practically everything I write… and it’s entirely possible you’re going to yell at me.
Or the online equivalent.  It used to be the ‘all-caps equals yelling’ thing – now it’s like ‘sticks and stones may break my bones but your words will cost me therapy.’

Brent here!  Hello again boys and girls, children and Unicorns of…
…let’s start there.
I’m Fairly Sure the Internet Has a Mood Disorder
I’ve written over 30 articles for Bell of Lost Souls, not including Guest Posts, and most of them have included the tagline ‘...children and Unicorns of all ages.’  For whatever reason, it’s one of the things some of you have chosen to hate me for.
But how many of you know what it means?
So, I’ve been Stalking Jawaballs Since 2009 – and no, I’m not going to apologize for that one – and at the beginning of last year he started referencing girl gamers, calling them Unicorns.
You see, it was around the time of the infernally evil article Mkerr wrote called ‘Anatomy of a Girl Gamer.’  Remember that one?  Try this formula: take one cute girl who’s got a fixation with cosplay and plays the occasional game of Warhammer 40K, think up a vaguely dirty title referencing said girl’s… anatomy, and finally write the darn thing – heck, it writes itself!
Add all that up then unleash it on an unsuspecting public.  Yea, that was Mkerr’s evil brainchild.  It probably still holds the record for most comments for a Bell article.  It makes me sick, sick, SICK!
I wish I’d thought of it.  (You may be interested to know the girl no longer plays 40K.  Go figure!)
Anyway, girl-gamers were all the rage and some bright soul tried to coin the term ‘Unicorns’ as a blanket term.  I took umbrage with it on the grounds women who gamed weren’t girl-gamers but gamers… see how clever I am?  Turns out, not so much.  I’d outsmarted myself.  I wrote an article on Strictly Average on the subject…
…and ultimately ended up chatting with a transgender girl.  You see, she identified with the symbolism of the Unicorn, and as my wife put it, “Brent, if a girl wants to be a beautiful, magical creature, who the hell are you to tell her she doesn’t exist?”
Who indeed?  I started using Unicorns as a term for anyone in the GLBT community, and I used it in my tagline as a show of support.  I never advertised it, until now I suppose, but somehow I didn’t need to.  It spread, and many members of that community have written me over the last year.
I’ve appreciated all those letters, and the random hate I’ve received upon occasion for doing it pales in comparison to the stigma these young people have to live with because they were born different.
People usually have a reason for what they do.
Look At All The Cluster B!
Here’s my favorite example of random internet hate: Fluffy Vs Competitive.  Or better yet, FAAP or WAAC.
Meaning, of course, Fluffy at any Price and Win at all Cost.  I genuinely don’t get this one.
On one hand, you have guys that value the background, and they’re probably going to go out of their way to make sure they build a well-represented and well-painted army. Winning is secondary to these guys.
On the other hand, you have those dudes who play to win.  Chances are they’re playing the newest, most dangerous Codexes.  It’s possible they don’t have a painted army – or maybe it’s painted in the minimum three colors required of most tournaments.  Bottom line, these guys get their enjoyment from playing tough opposition and maybe coming out on top.
There you have it.  It’s like Westside Story here, and everywhere you look these two schools of thought are squaring off in well-cheorographed fight routines, complete with singing and dancing.
And whining and bitching.
C’mon!  People are rarely one thing or the other; most of us are in-between.  There’s a bit of each of these camps in all of us.
The problem is the constant stereotyping.  If you’re FAAP, then winning is supposed to be secondary to folks lining up to admire your work… except who likes to lose all the time?
If you’re WAAC then you’re willing to cheat – except most people are fairly honest, and true competitors aren’t going to feel good about a cheap win. I’d Like My Medicinal Intervention, Please…
Why do we go to extremes online when we don’t believe in extremes in real life?
Extremes are polarizing… and that’s not always a bad thing.  We like to identify with like-minded people, after all – except online these divisions seem to be more pronounced, more personal.
40k Tournament Etiquette: Meta Tactics and Why I Don’t Like Them
I give you EXHIBIT A!  *Key Law and Order Theme*
For the record, I stayed way, way out of this one… but I also found it extremely interesting.  At its core, TPM was advocating a standardized army list to avoid confusion and folks like Sandwyrm (from the Back 40K) were pointing out those lists can be just as confusing.
That’s pretty much it, right?  What am I missing?  We needed almost 550 comments to get us there?  Were minds changed?
One of the reasons I didn’t comment was ’cause nobody likes it when you try and raise both hands.  You see, I’ve seen the types of players TPM was referring to – while it may sound farfetched to you, there are those guys out there who turn in a list like this:
Chaos Lord 195
Squad Xeon 220
Rhino 50
Squad Alpharius 195
Rhino 55
Rustbucket 150
And so on.  (I made the numbers up, so don’t read into them.)  Point is, how many different things could this be?  There are no details here.

I know a player who was given a list like this and said, “Okay, I’ll take the Army Builder version,” and got it!  Later, the player admitted it was a tactic he and some friend use for the slight advantage is usually gives them because folks are rarely willing to hold up the game by asking for details.  He was willing to give this a go because he thought it was perfectly appropriate to try.  It was just another tactic.

There’s a reason TPM was worked up – these kind of things happen.
Still, Army Builder’s format can lead to some confusion, and it’s not always correct.  Further, is is appropriate to ask independent tournaments to universally support a company and a program not everyone wants to buy?  It may not be a workable solution.
Despite the internet-drama, isn’t this a conversation that could be had?  Did it have to be acrimonious? Get to the Bottom Line Already!
Despite all the talkie-talk, this boils down to a very simply rule of thumb: if Ye Ol’ Blogosphere can screw it up, it will.
The Internet is a media rich format in many ways, but it’s also very new.  We literally have a substantial portion of human knowledge at our fingertips… and we still manage to make ourselves misunderstood.  Because the converse is also true, and the Internet is also extremely media poor.
Body language and tone make up much of the meaning in our conversations; lacking that, it’s very easy for folks to misunderstand intent.
And intent is important.  We can forgive each other a lot if we understand there’s no animosity.  Face to face, that’s easy.  Online… not so much.
For myself, I recognized this ages ago (it’s sorta my job), and it’s half the reason I use so many extra words.  I like to give off the most conversational tone I can in the written word.  I also overuse exclamation points, just to drive home that I’m not pissed in any way, shape, or form!
I think we could all do one another a favor… assume the guy, girl, child, or Unicorn on the other end of the computer isn’t a world-class jerk just trying to yank your chain…
…let’s instead all start with the assumption that the person whose words you’re reading is happy and healthy, and willing to get along.
I should probably mention, the pictures I used in this article are from my Brotherhood army… and yea, it was meant to be a Counts-As Space Wolves force.  Any guesses why I quit working on this one?
If you answered, Goatboy made it dangerous than you’re a winner!  You guys do manage to let us know when something has been overplayed, and I listened.
There’s probably far too much crammed into this article, so have a go at any or all of it!  I’ll take your thoughts, your comments, and… well, you know. 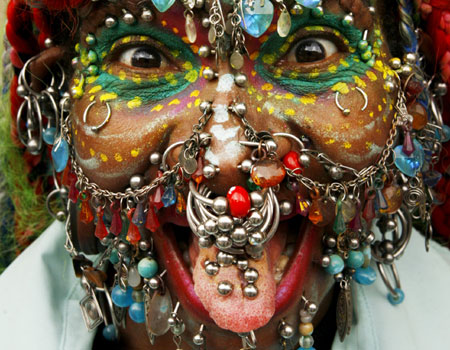