The BoLS video battlereports continue. This week we have a 2,400 point Capture and Control featuring Aventine’s Lamenters and Caldera’s Dark Eldar. This week we are trying a couple new features due to an increase in requests for analysis. Can Lelith and her murderous Kabal put down these long lost sons of Sanguinius? Also special thanks for Bushidoredpanda for rescuing this *lost* battle report from our old dead Flip videocamera – he’s part Mekboy!

Subscribe to the BoLS YouTube Channel
Overview
This was an interesting match-up. These two armies have the same over-arcing themes (speed and combat), though it seems the Dark Eldar player leveraged these better, both in army list and battlefield execution. It seems Aventine put too much in reserve to attack the Dark Eldar objective, and didn’t have enough of an anchor on his own objective. This meant that when the Dark Eldar proved to be superior in combat at mid-field, there was no second or third option for the Lamenters player to stop the Dark Eldar scoring units from coming to his objective. More importantly, Aventine failed to include any scoring units in the force he sent at the enemy objective, meaning even if he had wiped out the Dark Eldar on their objective, he would have still lost 1-0.

Men of the Match
Dark Eldar: Yellow squad Wyche. She passed a ton of go to ground saves by herself, then took the objective, and won me the game. Sometimes the award goes to a defensive player.

Lamenters: ‘Baal’ Predator. I didn’t have a lot of great performers, but this one did great after it had its gun blown off turn 1. It rammed and wrecked a Venom and killed most of the Incubi inside, then it went and sat on the Dark Eldar objective until Turn 6. If I hadn’t buckled in the middle, his performance would really shine.

~Comments are welcome guys! What did you think of the new features? You can expect many more battle reports and videos featuring all aspects of the hobby from your favorite writers, and more. Get on in there and let us know what you liked, wanted to see me improve, and of course Monday-morning quarterbacking is always great fun after a battle report. 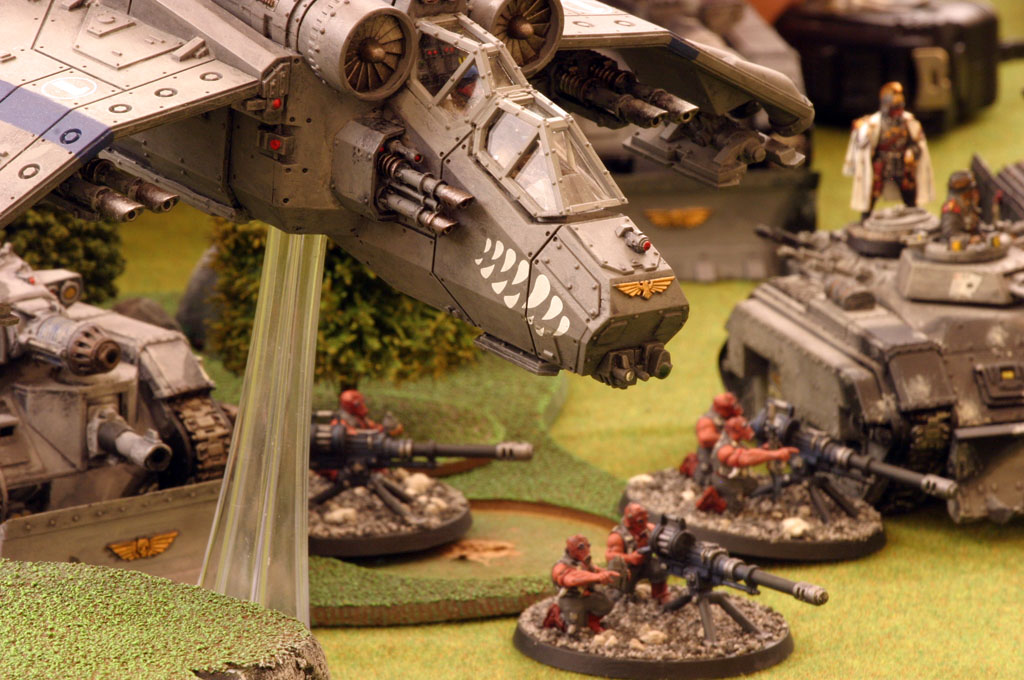