“Imperial Inquisitors question him just because they find him so interesting.”

Hola! Internet… Its the weekend, and that means it is time for the Lounge Recap.  Sit back and enjoy the show.

JUST THE FACTS MA’M:
– The Nerd rage over GW’s switch to resin continues…this time in Poll format!  LINK
– Skragger bring up a great thread which asks about your favourite rules in previous editions of 40k. LINK
– The Space Marine Video game collectors edition is unveiled and it has a purity seal! LINK
– Rumors come in from Warseer about a new Sisters of Battle Codex coming in by year end. LINK
– “Greybies” hit the scene… Tournaments will never be the same! LINK
– Machinator proves that he is the chosen of the Machine god. LINK


THE DIRTY DETAILS:
– This week the Nerd rage continued about the switch to resin and the resulting price increase.  There were several threads created on this topic and most will be merged/ cleaned out today, but the one I found most interesting was by Eldargal.  The lady of the lounge posted up a nice little poll to see what everyone thought about the change from metal to resin.  Here are the results:
(With 70 votes total)
54.29% – Yes, I approve of the switch to resin
27.14% – I want to wait and see before making a judgement
10.00% – Meh, indifference is indifferent
8.57% – No, I don’t like it at all.

This is interesting because a lot of the most vocal people seem to be doing nothing but complaining about the switch…. Looks like the squeaky wheel in is the minority.

– Skragger brought up a good topic on which rules from old editions we like best. Some of the best suggestions were: overwatch (2nd Ed. Rule that allowed you to forgo shooting in your turn to fire at your opponent in their turn.) Another old time mention wasn’t a rule… But it deserved to be included anyhow… Human bombs! Yes,that is right. Imperial guard used to be able to use human bombs to throw at the enemy.

– Most of you know by now that preorders for the long-awaited Space Marine video game are up. Well, what you might not know is that the collectors edition comes with all sorts of goodies, including a life size purity seal… I know I will be getting the collectors edition just for the purity seal… I can’t wait for this game to come out! I’m just curious how the online multiplayer is going to work… What I wouldn’t give for an online experience like halo reach!

– As always, rumors are abound in the forums. This time the rumors are centered around the possibility of the sisters codex dropping soon. Some dates were thrown around for the release were late summer or early fall. I personally have the feeling of “I’ll believe it when I see it.”. I think it just doesn’t feel right and that Necrons are the next on the pipeline… But that is just my feeling. Some of the other rumors are that the codex will be a PDF/ white dwarf codex, much like the old Blood Angels PDF dex/ white dwarf article. If that is the case I will have to give a giant facepalm to GW… Who apparently learned nothing from the previous try at a PDF codex.

– What do you get when you mix a baby and a dread knight? Well a greyby of course… Not much more to say about that except that you just simply need to follow the link above.

– Machinator is the undisputed king of vehicle conversions. This week he creates Mk.1 Rhinos and Predators. Seriously his work is amazing! I am thinking of doing something like this for my Heresy era Custodes army… Let’s see if I can get him to do a Grav-Rhino for me ;).

Well that is it for this week. I hope you all enjoyed the recap. Head on over and check out the lounge, the water is warm (mostly around goatboy).

Did you see a thread or post that deserves to be in the recap? If so shoot me an email at [email protected] 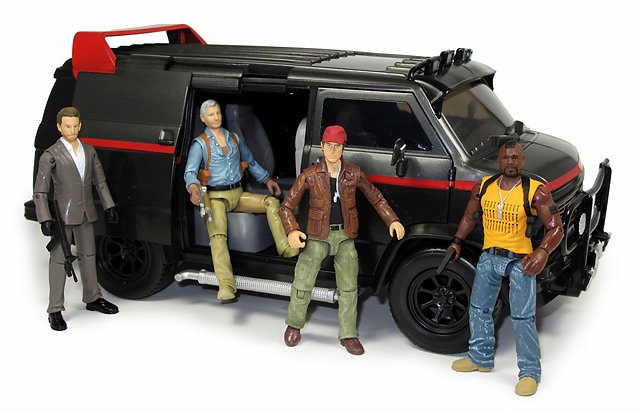