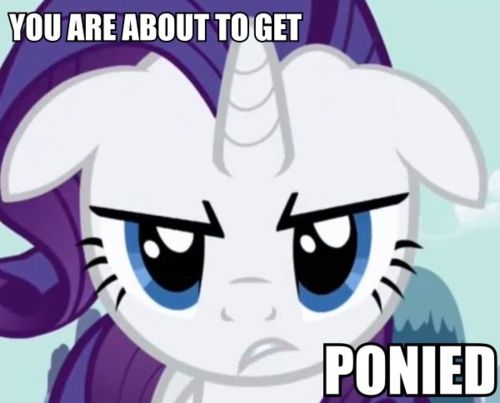 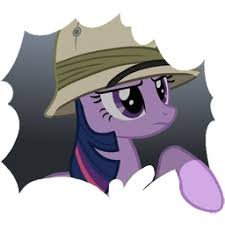 I do so love the Nightmare Empire.

Mr. Black here, dear readers, and today we’re back with me talking about Cryx- A shock I know, but out of every faction from every game I play none match my love for the theme and flavor presented by the legions of Lord Toruk. Cryx has some truly great units and combos available to them, anyone who plays knows this, and anyone who may just be getting ready to take the oath to the Dragonfather… Well consider this a little guide as well as a taste of things to come.

Do keep in note that these are in no particular order. Also, as a special nod to the inhabitants of the Cryx Forums over at Privateer Press, I am making this a certified Mr. Black Pony Edition, tee hee hee. Ah Tartarus, also known as BLT, The Sauce, Tartartot… Huh, Cryx has a weird thing with food, doesn’t it? For anyone who plays Cryx you already know how powerful he can be, combining Thresher, a decent MAT, high P+S and Stealth to create a nasty solo that will frustrate many opponents… Oh yeah, he also has a little effect that allows him to convert anyone he kills into a Bane Grunt for a nearby unit. You know, nothing special.

Ok, seriously though that ability, combined with his other effect, [Curse] Bane, which can be a literal death sentence to a unit, allowing friendly Bane units to gain extra movement and damage against them. Not a pleasant combination. Now the cherry on the top: He has Ghostly to boot, which means that he will be sneaking through terrain, building, and all those other nasties that usually get in the way. In the end he’s just an auto-include in most any army fielding a unit of Bane Thralls + Unit Attachment… Which is a shame, really, because I really don’t like anything that is ever an “Auto Include”, as I feel it detracts from lists as a whole. It almost got to the point I wasn’t going to mention him, but in the end he’s just too powerful to ignore, for better or worse. Satyxis Raider Captain
Now we’re getting to the actual models that are a bit outside the norm, which is my comfort zone, to be honest. Here we have the Satyxis Raider Captain who, believe it or not, actually does other things than just buff nearby Raiders, though she does that as well. First and foremost she can use a Special Action to give a nearby Raider unit +2 Movement (not to be confused with SPD), thus creating a unit that has a massive 14 inch threat range on the charge!
Combine this with Power Boost from the Satyxis Sea Witch (which is basically an automatic addition to the unit), and you have an infantry unit that can deliver P+S 9 plus 4d6 on the charge to a unit halfway across the board! I seriously love the Satyxis and think they are an under-utilized unit in army lists these days, usually forsaken in place of Bane Thralls or the cheaper Mechanithralls, but in my mind the lovely ladies hold their own against most anything out there.
That aside, we need to look at the actual model in question now don’t we? Well in addition to the benefit she gives the Raiders she herself is a formidable threat, carrying the Weapon Master ability with her to compensate for her low P+S, as well as the unique ability to make a Free-Strike-Ignoring Full Advance after she dispatches a model, allowing for some true harassment on the enemy lines. But let’s say charging wouldn’t be the best option, then what? Well don’t worry, she is also packing a Hand Cannon and a respectable RAT, allowing her to get some poc-shots off and (most likely) kill a threat near her; remember the long range of the gun, as well as the Aiming bonus and you can keep her from most harm while being a continuous threat to the enemy!
Pony Review: I don’t recognize the marking on that lady, and she seems mean… And none of this seems real friendly. Are you sure I should be here…? O… Ok then… Saxon Orrik
Is it cheating? Nah. He works for us, so it counts! At least in my book it does... So, Saxon Orrik, what does he bring to the table? Foremost, he provides us with a character who actually contains some anti-Warbeast effects, which are nice to see… Well, they would be, if our faction cared more about what we were killing… Sad truth is most of our effects already hurt Warbeasts, so the fact that Mr. Orrik does extra damage to them is rather minimal, not useless, but minimal. Next up we look at the fact he has plenty of ways to keep himself alive, namely Pathfinder for hiding in terrain, Stealth for avoiding being shot, a nice 15 DEF… Ok, so the guy can keep himself alive, so what? What does he do for us?
Pathfinder. Pathfinder is what he does for us. Yes, the humble ability to give a unit within five inches Pathfinder is actually a huge boon to our forces, who, as fast as they are, still seem to have issues with the whole Rough Terrain thing. I know it may not seem like much but I will point out that it’s usually the effects that don’t appear to do anything flashy that are usually the best. I mean, let’s take a look at the list of things he assists in our army:
*Anything without Ghostly or Pathfinder.
Oh, right, he helps everyone. Our faction is about sneaky tricks and tactics, and making the opponent feel safe when he’s not is one of them, and one of the most basic is making him think he’s safe on the other side of terrain… Ok, ok you’re opponent would have to be daft to not put two and two together when he sees Saxon, but that’s the real tactic there- you’ve now made him have to double-check all his moves. No longer does he have the luxury of believing terrain will save him, and that in itself is worth the tiny amount of points Saxon eats from your army!
Pony Review: I don’t like this whole  “fighting and hurting” thing, Mr. Black. If you don’t knock it off with the violence then I may have to be mean to you! Mr. Orrik seems like a nice man who just wants to make sure no one gets hurt walking through the Enchanted Forrest! Warwitch Siren
I will admit, I have a thing for utility pieces, and the reason for that is our general Infantry and ‘Jacks benefit greatly from it. On their own their alright, usually possessing some good stat or trick but a number of things that keep them from being over-the-top. Thus, for me anyway, the actual tricks come from utilizing spells/effects/ponies to bypass their weakness and allow them to function at peak efficiency. Case and point:the humble Warwitch Siren.
It should come as no surprise to fellow Cryx players that many of our casters just don’t like giving their focus out, instead opting to keep it for spellslinging (Deneghra, Asphyxious), buffing their own armor (Venetrax, Terminus) or have one really good spell they like casting each turn that costs an arm and a leg (Skarre, Gorshade). So it’s easy to see how any effect that doles out focus is a winner in my book. I won’t get into too much detail, as I’m sure most players understand the impact even one focus on a jack can bring, but I will mention that the Warwitch is the reason I love taking those specific ‘jacks who will usually only have one big attack and then be spend for the turn (Nightwretch, Ripjaw, Cankerworm, etc).

Adding to it’s utility we also have a model that can cast Venom, which may be one of the better sprays in the game, as usually if you don’t kill your target from the POW 10 the Continuous Corrosion will take care of it for you (if you didn’t already know, Venethrax loves these ladies). Frankly, I would pay the points for a model that could do either of those and nothing more, but add them together and you get a steal of a deal- and we’re not even done yet!

Ok, so both of those abilities are great, but there is one other ability that people tend to overlook due to the, well, fragile nature of these girls- Shadow Bind. Yep, don’t be afraid to get up close and personal with those pesky enemy heavies. If they don’t have reach you can have your lowly two point model lock the model in place, effectively nulling it as a threat before it can even do any serious harm to your lines! Just be sure you understand that should you decide to do this your opponent will not be pleased, and probably dedicate some bitter hatred towards killing the poor lass. Oh well, sacrifices are too be made in the service of the Dragonfather…
Pony Review: Um… She is very pretty looking? Just… She has a lot of spikes on her, that doesn’t look cuddly. And I don’t think your friends appreciate being Venom’ed on. All this isn’t friendly. I… I don’t feel good… I wanna go home. Skarlock Thrall
Another choice I didn’t want to include, simply due to it’s common use, but once again he proves just too valuable to pass up. Yes, even from the early days of the game (circa 2003) the Skarlock found his way into most every list, and even to this day he’s a mandatory addition to a lot of casters. So what makes this fellow so important? Well this one is rather simple: He allows you to cast, for effectively free, a three focus or cheaper spell each turn. Seeing as how most casters only have six/seven focus to begin with, that’s effectively allowing you to gain 2/3 more efficiency than you initially had.

Now, if you’re planning on having your skarlock move up and start spellslinging… Well… That’s a bad plan, as he will die. No, it is best to keep him in the back and cast those nice buffs on your own units. I can’t really offer much advice on the Skarlock, as if there is one universal thing that Cryx players know about it is how good these guys are… I suppose I can offer up this nice little tactic however: Move your caster, cast the buff/debuff you need and eliminate that target/cripple them. Once that has been done your Skarlock is free to advance and cast the same effect on another unit, removing the first but allowing a basic double-whammy effect… It is original? Nah. Is it new and exciting? Not in the slightest. But the first time you get a double-dose of Backlash on a player they will hate you. And in the end, isn’t that what Cryx is all about?

Well, that pretty much takes care of this article. Hope you enjoyed it, and hope you enjoyed the ponies accompanying me on this one. Heh heh heh, I had a lot of fun with them…
Pony Review: Mr. Black, you’re a fool. You know that? I mean, you wrote a Cryx review and decided to include ponies? The most evil and diabolical creature in existence? We played along, and we had our fun. But we grow tired of you now, Mr. Black. I think it’s time we move on to other playmates. Tee hee hee…

~We’re done here for now everyone! Mr. Black got hit by an enchanted sleep spell! Who knows if he’ll wake up? We do, but we’ll neverrr teeelllll!! Until we return, why don’t you tell us about some of your favorite Solos in this naughty game of Warmachine?