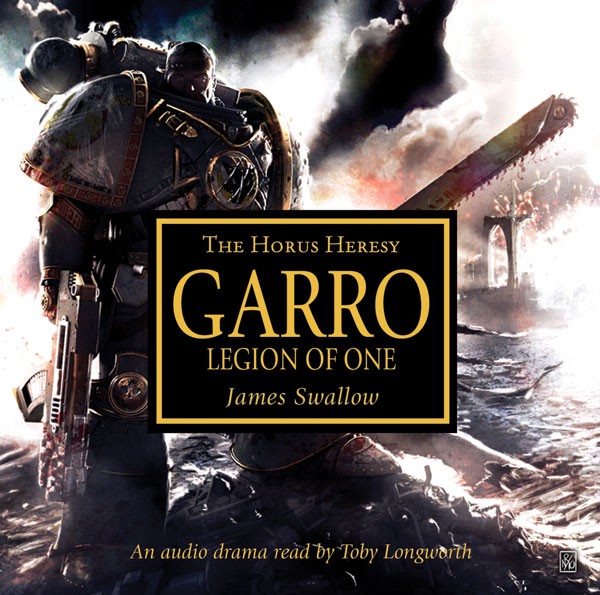 Rabscutle here, reviewing the latest Audio Only chapter in the Horus Heresy, Garro: Legion of One.

The story picks up about a year after the events of Oath of Moment. We start with Nathanial Garro landing on an unnamed planet, with a task from Malcador to recruit one last person for his team. Tylos Rubio, the Ultramarine psycher introduced in Oath of Moment, joins him along with a new character, Mesa Veron, a former World Eater. Mesa is only introduced and acts as a team member, but his incorporation into Garro’s band is not detailed.

They find themselves in conflict with a warrior who calls himself Cerberus, who is obsessed with death, killing with reckless abandon the zombie like inhabitants of the planet. He hates them, because death has rejected him, and he will end all he sees.

I won’t give away where this goes, but there are spoilers out on the Internet if you want to find them. The conflict of the three battle brothers, searching for their charge and facing off against Cerberus is the sole plot of the audio book. This isn’t a full blown novel by any means (the audio novel runs just shy of 70 minutes). This is one episode, and it is told well by James Swallow. He keeps the story tight and the mysteries of who Cerberus is worth finding out.

As good as the script is however, Toby Longworth’s performance brings it to another level. His sense for the dramatic and powerful voice carries the tension of the story magnificently.  Each character has his own voice and personality. You can hear Garro’s vigilant intensity, Rubio’s brooding mind and Veron’s barely held back rage in each voice. Cerberus sounds like a truly mad man who has passed beyond reason. This is my first listen to an audio book in the Heresy series, and I very much enjoyed what I found here.

Score: 5/5
The big reveal at the end combined with the excellent performance by Longworth brings home a worthwhile listen. We aren’t talking high fiction here, but instead a great bit of Warhammer 40k pulp storytelling that progresses the tale of the Heresy and hints at the origins of what might become the Inquisition or even the Grey Knights. 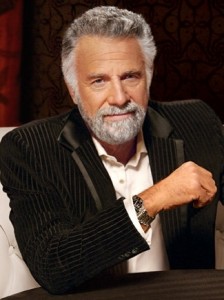