40K EDITORIAL: Goatboy – So is this the Future? 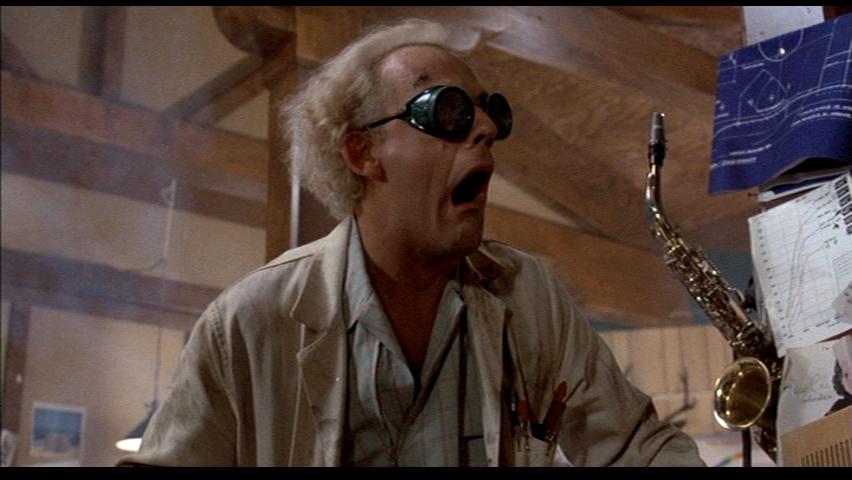 Goatboy here again – doing the nasty with the pasty and getting all them Unicorns hot and heavy for some glitter and pop rocks.  Lets wade through the last round of 6th Ed. rumors.

I don’t want to put too much into them as most likely the game update is still over a year out. But still the info is interesting to look at.  There are some neat ideas as well as some things that I just find bad. So bad that most likely if the tournament scene continues on with the edition will see a much more massive FAQ that tweaks and creates an almost new game – 5.5 or 5.76. So with that in mind lets look at what I like first about the rumors and then move on from there. The rules and how things interact are sounding a hell of a lot more solid. It is starting to look like a there is a much more concentrated effort to solidify the phases and the rules of the game. This is great as it keeps things fair and leaves those lovely “rules” interpretations we argue about out of the game. I know these are just summaries of what people have heard but still it sounds promising.

There also seems to be a lot more movement options for troops. Anything that allows the game to be less ruled by “hot” dice is a better thing in my mind. Giving units more options that allow it interact differently is a great thing. I also like the options for units to utilize the “squad leader” too. It is stuff like this that could create new interactions within the game. They also don’t seem too complicated which is a plus. I don’t like having to pull out charts to figure out what my plastic dudesmen can do properly.

The tiered USR’s idea is a pretty neat one. We are already seeing it in the Grey Knights book so I expect that rumor might actually be true. It would create new “abilities” that are pretty neat that still fit within the rules of the game and are easy to understand. It would also let you create more interesting characters too.

I also like some more concrete changes to terrain and cover saves. We all said that cover saves should go to 5+ and that is most likely what will happen. So hopefully we see a better defined terrain set up. True LOS won’t be leaving so at least we can tighten up and fix our current terrain situation.

Strategems. Look GW, all those games with those extra “rules” we can buy didn’t do well? Do you see Planetfall being played? What about the “mini apoc – Spearhead” rule set you came out with? This will be the first thing cut if it comes in for any kind of tournament. Buying points to go first? Betting? Really there is no need to add that much more uncertainty and complexity to the beginning of the game. How about a Strategem called – buy me a beer. 5 Points. Hopefully this entire system is ust a fever-dream “rules” wishlist mash up.

The movement phase just seems clunky. Surging, advanced surging, fleet surging, power surge, Ninja fight awesome surge assault doom phase, and whatever else they decide to call it just seems clunky. The movement phase is fine as is right now and just adding some nonsense with a new rule about assaulting is kinda meh. I also don’t like the idea of either shooting or assaulting. This game is about the tug and pull of the fire fight and assault – and taking away the option for things to shoot and then assault is a bad thing. It just doesn’t feel 40k. I know we have Space Elves but really come on leave Fantasy and it’s broken magic there.

Having models count as Relentless in the vehicle. Yes I understand the realistic nature of the weapon being locked in place on the tank but really – do we need more reasons for vehicles to be more annoying? Could you imagine guys moving 6 inches with Lascannon marines shooting out of it? I just don’t think that is needed in the game right now.

Evasion modifiers base on model type? Really we want to make charts harder? Seriously? I know that you want to sell more bikes but come on. This is nonsense as it just makes no sense at all on a troop/infantry/non vehicle level. I can understand if the tank didn’t move it is easier to hit – but some guys? Mix this with a chance to have a cover save and this gets pretty stupid. The cover save is designed to be the dodge save as needed. Do you think a Marine is really ducking and dodging bullets? I just think this is an crude set up to over-complicate rules that don’t need to be. Too many “backseat game designers” try to over-complicate things to make their game “better”. A good game is is both easy to play and has a large amount of open strategy decisions in it for players to deal with. Adding more charts and rules just makes you feel like you’re playing Star Fleet Battles.

Nothing ugly yet as we haven’t seen the book art. The rumors point to CSM vs a Space Marine chapter. This would be interesting as it basically gives you two of the same option in the book. I am not sure about this as I feel it isn’t the best “must” buy option to create. The old Black Reach was a must buy as it got you a lot of cool minis mixed with the mini rule book. Hell even at 100 bucks it still isn’t a terrible deal. Here is hoping we see something similar in the new set. Hopefully the art will look good on the box.

There are some interesting things in these rumors and I wonder how much of this is the new “strategy” GW is employing by limited knowledge and yet pieces are still “leaking out” (viral marketing???). It makes me wonder if they have a new thought on getting people excited and use these “leaks” as some other Video Game companies do. Will see in the coming months and with the upcoming new books coming out (Necrons and Sisters).

Goatboy out.  What’s your take on the potential 6th Edition New World Order? Author: Thomas / Goatboy
Thomas Reidy, aka Goatboy, the ever-evil member of BoLS. I do arts, play 40k, and even paint a lot of stuff. I have been playing Warhammer 40K since the 1990s, and have won multiple national events including Adepticon and GW GTs. I've been writing for BoLS for 15 years. Look at my Instagram to see what I am working on - or working on for someone. I am always doing something hobby related.
Advertisement
Editorials Rules Tabletop News Warhammer 40k
Advertisement