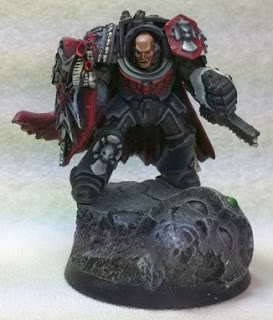 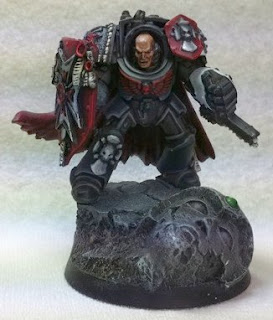 Hey there BoLS, decided to do an update on what I’m working on.  A few weeks ago Darkwynn asked if I would be willing to paint his updated Black Templar army since he had created a new list he liked (mostly using Bigred’s Death Guard).  He had all the models, but wanted them painted nicely.

I took his new Marshal and did a test scheme to see what Darkwynn thought of it.  Here’s the result: 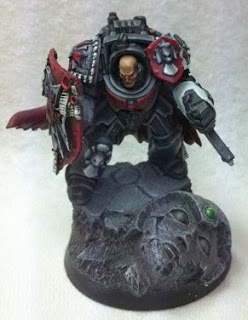 Darkwynn is not the most skilled with a primer can… I had to work around some seriously bad priming, but I’m pretty happy with the outcome.  I did not want to do black because I don’t like the way it looks with no shadowed area.  I decided to use a valejo color called “Heavy Charcoal” which is the darkest grey I could find.  It worked exactly like I wanted it to. 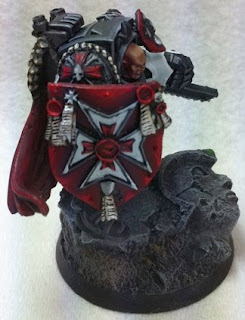 The shield is one of the Forge World bits as well as the shoulder pads. 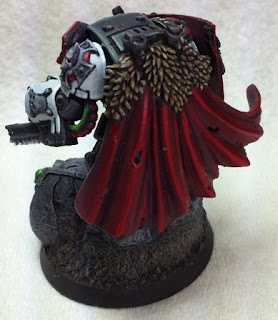 The mantle is from the Chaos Lord box.

I’ve got all the models and I’ve been spending the past week or so building some of them, or mounting them to my paint dowels and getting them ready for priming.  His Emperor’s Champion as well as some other pre-painted models are soaking in Simple Green getting stripped.

~Don’t give Darkwynn too much grief for his Death Guard counts as battles, I’ve got his army and it’s getting done.  It should be pretty nice when it’s done.  Keep an eye out, I’ll post new updates as I finish more models. 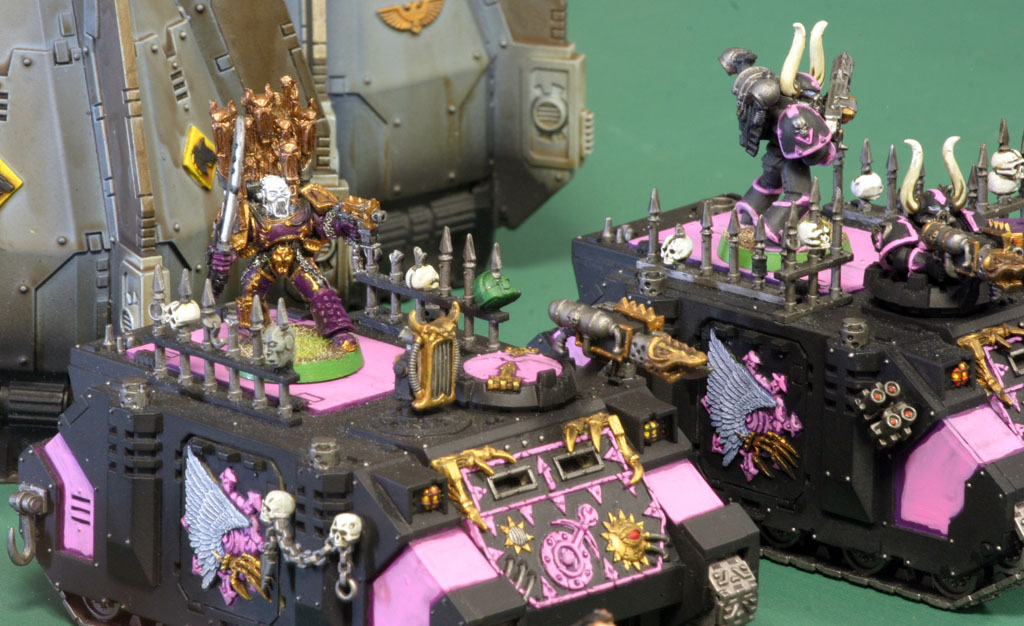