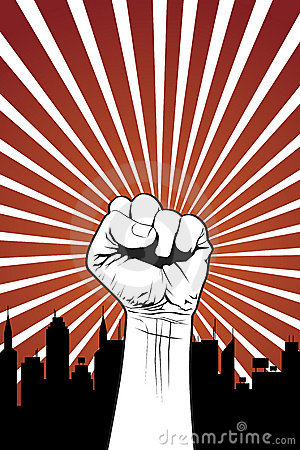 This post is going to start off a little unusual to others. What I would like to do is clear the air and apologise…

…(yes someone apologising on the internet!) for my last article, which at the point of writing was the review on Grey Knights elites. Yes, that article was a bit poor and I rushed through it and I could have done a better job. I guess I deserved majority of them comments.

On a seperate note I’ve ticked some additional options in Microsoft Word which has hopefully caught majority or all grammar and spelling mistakes. I’ll be honest and say grammar isn’t my strong point, though I should really recheck it.

So with all that hopefully this article will make up for the last one and clear the air. Let’s take a look at the latter first, the power weapon. Most lists now have this tag teaming with a melta bomb combo so you can still slag vehicles. Power weapons allow no armour saves and use the strength of the user. Adding a power weapon on a low strength model i.e. Imperial Guard or Eldar isn’t the best as you will need 5+ to wound T4 and cannot do anything to vehicles, so they’re good for only fighting against infantry which is same strength or lower than yourself. A bonus is that you get the extra attack if you’ve still taken a pistol weapon; some kind of sergeant with 4 power weapon attacks on the charge is nasty! Though the power weapon can be handy if your model is above average strength i.e. S5 and a better fighter. A bone sword on a Tyranid Warrior with furious charge for example can be affective, however these guys wouldn’t know what a melta bomb is if one was stuck in front of their face.

Looking at the power weapons companion, the melta bomb, which is excellent for slagging vehicles. As it’s a melta you get the normal S8 and then the 2D6 armour penetration, excellent.

Unfortunately that’s the only good thing about melta bombs and power weapons. With a power weapon you have trouble taking on tougher infantry, as mentioned. Vehicles are out of reach as power weapons don’t make any difference to vehicles and walkers will stand there and grind your unit to pieces without scratching them. Throw in a monstrous creature and they will just melee through your lines. Sure you’ve got a melta bomb for vehicles, but you only get that one shot – you going to bank on it? Also against a walker you need a 6+ to even plant a grenade, you think you’re that lucky to roll a D6 and get 6+? And just forget about monstrous creatures….

What the power weapon is good for is tackling basic infantrywith equal or lower strength so you wound on a 4+ or better. Any toughness higher than your strength isn’t very good in your favour. Now we move onto the mighty power fist. Unlike the power weapon you don’t fight at your own initiative and strike last and of course you don’t get the +1 for having a pistol, you need two power fists! So it might not be brilliant for those masses of hordes etc.

A power fist doubles your strength so even if you’re S3 standard you are now S6 and have chances of damaging vehicles on a 4+, though it is something I personally wouldn’t put on a S3 model. You can also smack monstrous creatures as well. You’ll be pushing walkers, but if you are S4 standard and now S8 you are in with better chances.

Summary
While the power weapon and melta bomb combo might be slightly cheaper it’s worth taking a few power fists. They can smack vehicles, walkers, tough infantry and monstrous creatures making the more flexible and better for pounding the tougher stuff out there on the board. A power weapon and melta bomb combo will have problems with all of that. A power weapon is just good for normal infantry and a melta is just a lucky shot. Sure worth 5 points if you slag a tank, but that power fist does all the jobs, even the ones you love to hate ;).

In summary the power fist is a jack of all trades and master of both. I would try and stick at least one or two of these in your army, if you can fit more in then it’s the case of more the merrier. The point is that for 5 points extra over the power weapon and melta bomb combo the power fist does a greater job. Sure if you’re on a budget then it maybe handy but don’t expect to have as good chances of taking out vehicles with the melta bomb as with a power fist etc.

The power weapon and melta bomb combo is a poor man’s choice and is only good for limited tasks, and even then it might not always pull it off. Personally I’d just take the power weapon and tackle infantry and if said power weapon unit come across a tank I’d use grenades i.e. krak grenades or just have to use some other tank busting unit whether ranged or combat.

It does seem like the Design Studio has never quite gotten their hands on balancing these weapons choices against eath other well (both in rules, and points values) from edition to edition and we as players have to do mass arm swapping as the rules change.

Which one do you like? The power fist or the power weapon and melta bomb combo, is the combo worth it and does it work for you?