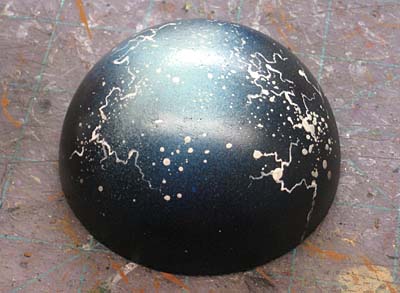 Photo courtesy of From the Warp

As a new Archon, you have to get your Kabal to the battlefield.  Do you shop at Crazy Asdrubel’s Raider-plex, or the Portal Warehouse?  Decisions, decisions…

Introduction
This article is about the comparison of webway portal (WWP) armies versus raider rush. I don’t consider myself a top expert at Dark Eldar and have not even taken my army to an RTT yet. I have primarily played various Space Marine armies (including CSM) over the vast majority of my time as a 40k player and picked up the hobby back at the beginning of third edition. Note that I tend to play assault oriented armies. Some friends suggested I start a Dark Eldar army for fun and try something totally new. I love the new codex and have been playing the Dark Kin now for several months. I have stuck with Raider heavy army lists. The price of a raider is well worth it to me for for the ability to launch assaults from moving transports. I played against two WWP (Webway Portal) armies at the Adepticon championship earlier this year with my Blood Angels Descent of Angels themed army. I lost both games – I think my dice decided to betray me that day but still I got to see the WWP army in gory action and know what it can bring to the table.

Advantages of the Webway Portal
The cost of the WWP is half the cost of a Raider with flickerfield. Two WWPs are probably the maximum needed for this style of army. You’ll probably need one to two transports to drop off the WWPs where you need to place them. Therefore one of the main advantages of a WWP portal army is you are saving LOTS of points by not taking Raiders so you can take more units. I was somewhat amazed how many units I saw in the two WWP armies I played against at Adepticon. I typically play 2000 point games and I’d say a rough guess is both of these armies had just over a third more number of units than my standard 2000 point Raider rush list. That’s quite a sizable increase.

WWP armies work well with Hellions and Scourges so if you like either of these units it’s something to consider. Both units can pour out a lot of poisoned shots and are fast so once they enter from reserve it’s easy to move them where you need them. I think Beasts are another good unit to use with the WWP. Beasts are also quite fast so this works well with the other two units I’ve already mentioned. Reaver jetbikes are another fast unit that works well with the WWP. These are just some of the units I think are good choices… there are certainly others such as Harlequins and Wyches. Basically any unit that with fleet of foot can work.

Lastly the WWP means you are probably reserving a good portion of your army which means you are decreasing the number of turns your opponents can shoot at your army. This obviously helps since Dark Eldar aren’t exactly durable.

Disadvantages of the Webway Portal
The main disadvantage of the WWP is your army can come in piecemeal from reserve. If you’re playing in a two day tournament then over the course of five or more games it’s bound to happen at least once and there are really no mechanisms in place with Dark Eldar to manipulate your reserve rolls.

Another disadvantage is that versus a fast army it’s possible your opponent could move some of their models around your WWP to prevent your squads from arriving and then they are automatically destroyed. I don’t think it is a major concern except that it might serve as a psychological distraction and cause you to not place your portals as aggressively as you should.

Finally if you use the WWP then you’re limiting your choices in terms of which HQ you can choose. I prefer to run Vect and a Succubus so the portal isn’t an option for me. This however can be mitigated to an extent by selecting two Haemoculi as one HQ choice and of course Haemonculi are very popular. Advantages of Raider Rush
As I said in the introduction I think one of the main advantages of the Raider is the ability to launch assaults from your moving transports. I recently played a game where a squad of Wyches lead by a Succubus in a raider popped out 12″ from behind TLOS blocking cover, hopped out and ran 6″ then charged another 6″ to engage three enemy units which were all destroyed in the initial assault, thereby quickly generating three pain tokens in one fell swoop. So it’s possible to move up to 26″ in one turn to launch an assault. Often you won’t need to move that far but it’s always a good thing to have at your disposal.

Another advantage is the Raider comes with a dark lance and if you equip it with a shock prow then it can also tank shock enemy infantry and ram their vehicles. These mounted dark lances can move up to 12″ and shoot – every extra weapon in your arsenal is another enemy tank that you have an opportunity to glance or penetrate. Once I’ve suffered a weapon destroyed result on a Raider then I start looking for opportunities to tank shock or ram. Your Raider is still very much a weapon with a shock prow after the dark lance is destroyed.

The Raider also provides you with the ability to quickly move a unit into hard to reach places on the table if you need to take or contest an objective. WWP armies on the other hand need to saturate areas of importance on the table with a proliferation of many units – as such they can be more exposed to enemy shooting.

Finally if necessary I like to use my Raiders to deny my opponent charges and it’s a great tactic which can really help a lot towards the end of a game when you need to hold objectives. I remember one game I used two Raiders to block off an assault from a squad of Thunderwolf cavalry then shot them off the table the very next turn.

I see the Raider as disposable after it’s dropped off it’s embarked unit. Play aggressively to destroy as many enemy units as possible. To me that is the way of Dark Eldar.

Disadvantages of Raider Rush
One of the main disadvantages to the Raider is it’s fragile – if the skimmer is destroyed and the embarked unit does not have FNP then it’s quite possible you’ll suffer major casualties due to the ensuing explosion. The unlucky squad might even break and if they are under 50 percent of their starting size then you’ve just lost two units instead of one… plus the Raider is more prone to being destroyed because it’s open topped.  To me this is the one really major drawback to Raiders – if you’re going second then it can be a major psychological deterrent in terms of how you deploy your army. You can always opt to place the majority of your army in reserve but then you’re suffering from one of the main disadvantages to the WWP army – you are right back at square one. Hybrid Armies
It seems it’s always either one approach or the other – that is either you fully embrace the WWP or you take a raider/venom heavy army. I haven’t run across any real hybrid armies as yet.


Conclusion
I see a lot more skimmer heavy armies as opposed to WWP armies. This doesn’t mean necessarily that the WWP is inferior – it’s just a different way to play Dark Eldar – arguably a more tactically challenging one. Maybe over time the WWP will become more popular. I prefer Raider rush because it suits my style. To close I would like to add a shameless plug for a 40k GT that will be happening here in Tampa, Florida this October. It’s called BeakyCon (BeakyCon Blog Site). Here is one of the poker chips we will be handing out to use as objective markers… So have you used a WWP yet? If so what were your experiences? Would you use it again? 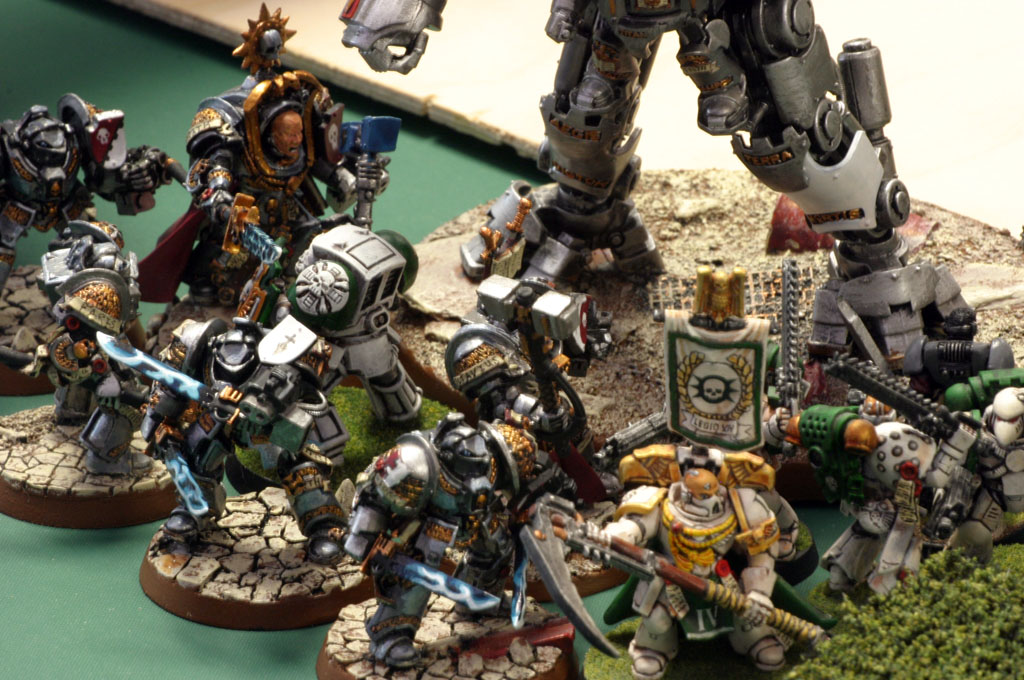