Goatboy’s 40k Thoughts – Does Shooting Need to be Fixed? 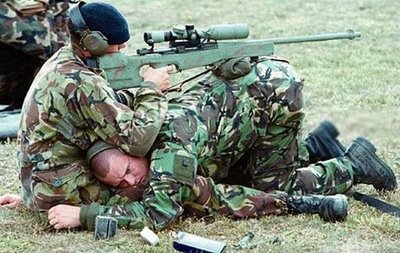 Goatboy here again discussing some thoughts on what could happen in 6th edition. Today I want to talk about shooting and how I think we can try some different avenues to not really fix it but at least make it more interesting.

Just like the other articles these are just thoughts I have and the “rules” haven’t been playtested at all. They have only been thought tested. So lets look at some things I want changed with shooting.

This is the big boogie man of 5th edition and something I feel kinda meh about. At this time we are getting more terrain locally that actually blocks LOS to almost everything. So the whole argument of what you see and don’t see is a moot point at this time as we all have figured it out and we have to drop down and look less on the table top. So the question is how do we fix it? I think the biggest thing is that to see something you need to see the model’s chest (or closest equivalent). If you can see their “middle” you see the guy. Is this easy to implement? Probably not but I don’t see it being any harder then True LOS was. Also for vehicles if you see the turret top you see them too – they are part of the facing. I am tired of people pulling up IG vehicles with a big gun out the middle and stating that is the barrel etc. It is part of the hull and thus it is the hull – so eat it with a 4+ cover save instead of a 3+ (or maybe a 5+ in the new edition).

I talked about this before but I think this will need to happen. This will make things die a lot easier and just make higher strength firepower just as good as massed fire power. It will also make having better armor important too as you can’t just rely on the 4+ instead of your covert save. Obviously Stealth or going to ground would give you that +1 but leave it at 4+ as the most you can get with special options/gear.

What if you caused double the amount of wounds to a squad in one volley of shooting (regardless of whether they made their saves or not) and caused them to be suppressed? Basically they are ducking because you poured a crap ton of wounds onto them. Obviously certain armor would let you ignore it (terminators, or the relentless rule allows you to ignore suppression). So lets say one round of fire caused your 10 man squad to take 20 wounds and now you are considered in difficult terrain. Obviously if you are fearless or relentless you ignore it but would that be enough of a “punishment” and still not be too crushing to a unit like pinning or something else would?

This one is something I have talked about before but wouldn’t it be interesting if heavy weapons had alternative firing options? These models are supposed to be crazy strong so it makes sense they could lug around and press the trigger on a big gun if need be. It would be interesting to see some move and fire modes for heavy weapons tht had a heavy penalty of some type, as well as an aiming bonus for staying put with non heavy weapons. It would allow you to have more options on the table top instead of just a sit and shoot game.

5) An Option for Firing While in Assault

Wouldn’t it be interesting to be able to shoot a plasma gun in combat? Basically you get a power weapon attack or the shooting attack and hope for the best. Maybe if you miss you might hit one of your own models? I know the rules let you have “2 CCW” if you have a pistol and a weapon but I wonder if it could work to have some of these special pistols allow for shooting while the melee is swirling around. It would make the Plasma, Inferno, etc pistols a whole lot neater.

I think shooting for the most part is good in 5th. It isn’t hard to figure out and flows fairly well from turn to turn. I usually just want to add more choices to it to create more tactical player decisions during the game. We can only have the same game so many times before we want something a bit more – well dramatic.

What kind of things do you think would add the shooting phase in the game? Next week I want to look at Assault. After that I want to break down some ideas on game types in hopes to create some more interesting options that will hopefully create fun and competitive games. Until next time. 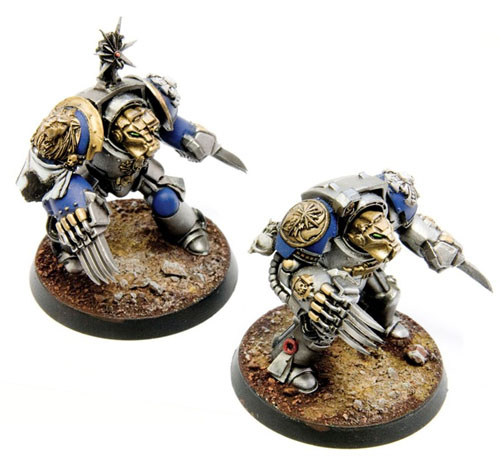