Goatboy – Revenge of the Sistahs!!! 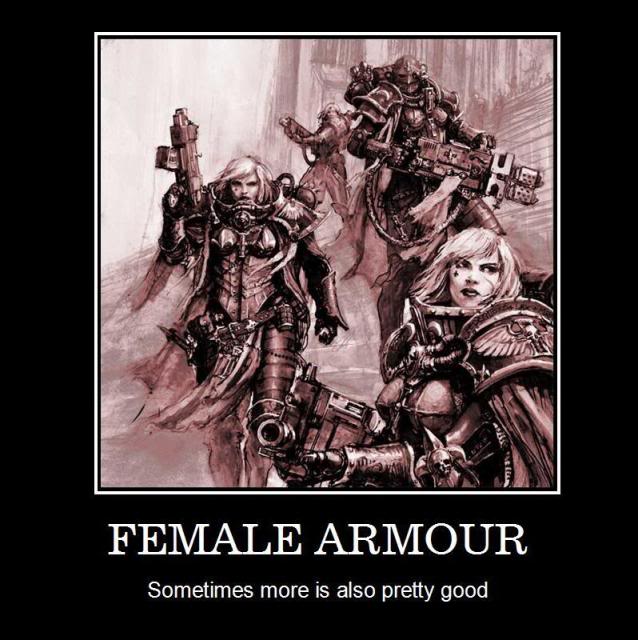 Goatboy here again, as usual talking about 40k and whatever nonsense I thought of for the week. Today I want to talk about the little “White Dwarf” gift we are getting these next two months with the “free” release of the Sisters of Battle rules. So the question is are these Sistah’s worth it?

First of all we have just seen some of the basic info. The actual points cost haven’t shown up yet. I really won’t be able to judge this “book” until I see how cheap they really are. I feel if they are cheap enough they will be very annoying to deal with. If they are to expensive I am guessing will just have to wait until new models come out that justify a newer book. Yup I think this is just a stop gap and a method to make the White Dwarf more viable. Heck I still buy it every month but I do it in order to make my bathroom meetings more enjoyable.

So before going into the ideas on why the heck GW would release this in WD in the first place lets instead look at what might be decent in the book. First of all I think the change up to Faith is overall a good thing. Anything that makes it easier to use and abuse is always good in my book. I hated the old faith system as there were many times I felt “cheated” when players magically had more Faith then I thought they had. Plus making it a very easy to figure out if you can “pray” or not.

I also noticed that almost everything has the Shield of Faith special ability. Yes I know a 6+ inv save isn’t much but when a Rhino/Immolater gets a chance to say FU Long Fang Missile Spam then it might be more interesting. It is also a thought that there might some kind of Wargear that might make Shield better (like some of the stackable Grey Knights wargear)? Just thoughts as we haven’t seen any of the gear and point costs yet.

There are some interesting things that really depend on the next batch of rules to come out. I am really interested in seeing how the Force Org is going to be set up. If the Priests are elite options then there might be some cool warband ideas you might be able to throw together and create viable threats on the table top. Also if the sisters are cheap then we might see the new 3+ horde of doom. I think the winners so far are the Seraphims as the rumors point to them being cheap with a crap ton of awesome rules. It does suck we have to wait to find out more about this book.

Another interesting things is that Uriah Jacobus is going to be in almost every Sisters list. Just call him the Faith Pimp and leave it at that. The Saint is pretty neat too but I don’t think she can really carry the fight and kill units like some other Special Characters we see around and about. The other options will end up being used depending on what their wargear options are and other special rules. The slap to Immolater spam is annoying as I felt it was a rather neat option from the old book. Really right now I hope the Sisters are cheap like your friend’s mom.

Why White Dwarf Codex?
So with that out of the way the question is why would GW want to publish something like this? There are no new models shown so the idea of selling new kits is kind of moot unless they have decided to Finecast the heck out of the line. I doubt that as I feel it would be too much effort for very little profit. Others think they are trying to phase out the Ally rules but I doubt that too as they really don’t seem to care too much about our “competitive” scene. I really feel this is just a way to make their White Dwarf seem more viable and try their hand at a cheap way to shake up 40k a bit. I also wonder if the Cron’s are taking a bit longer to produce so they have to have some kind of meat for us to gnaw on over the summer. I also see it as a safe “book” to release as they obviously are not purchased heavily, thus a small bit of rules that are not heavily worked on is something easy to put out.

The biggest thing I don’t like in this release is really the lack of any new models. I am a sucker for cool looking minis and with just a retread of some of the older man face-ish models it becomes kind of a bore to look at. Here is hoping the actual wargear and stats section will add some spice.

What are your thoughts on this release? Do you hate it with all your fire and brimstone or do you think it might be ok? I have to wait to judge it but there are some interesting things here and there so we might see something neat come out of this deal.  Paging Melissia, frontpage comments thread… Paging Melissia… 🙂

Author: Thomas / Goatboy
Thomas Reidy, aka Goatboy, the ever-evil member of BoLS. I do arts, play 40k, and even paint a lot of stuff. I have been playing Warhammer 40K since the 1990s, and have won multiple national events including Adepticon and GW GTs. I've been writing for BoLS for 15 years. Look at my Instagram to see what I am working on - or working on for someone. I am always doing something hobby related.
Advertisement
Editorials Sisters of Battle - Adepta Sororitas Warhammer 40k Witch Hunters
Advertisement 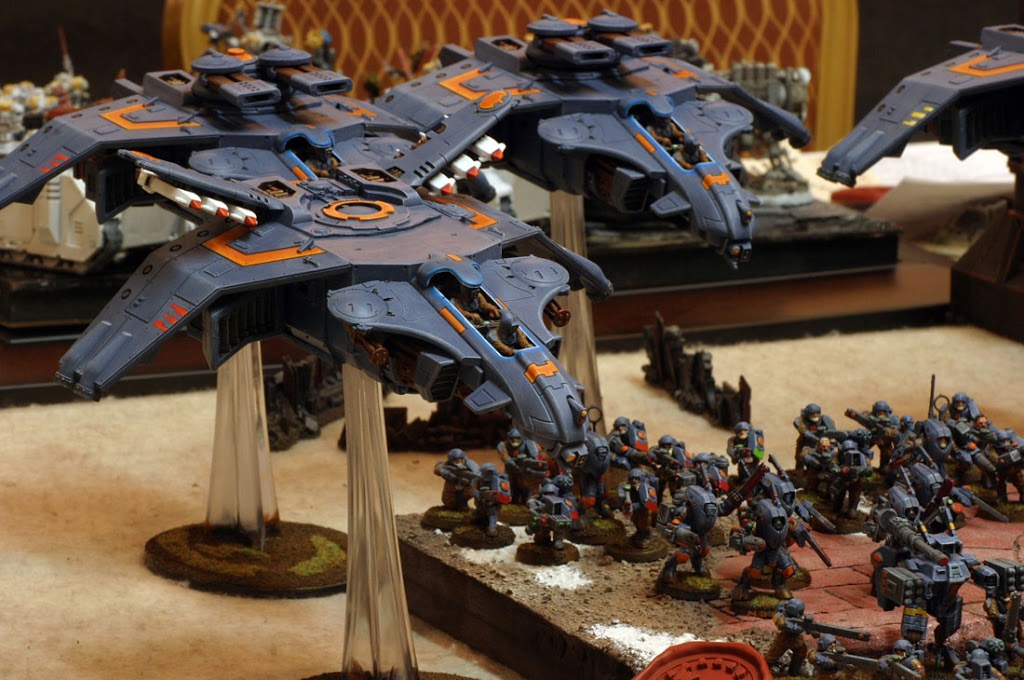