Hello again, BBF here to follow up on my last article which was a simple primer and introduction for playing Draigowing.

Introduction
Draigowing is a Grey Knight army primarily built using only Paladins, Terminators, Dreadnoughts and Nemesis Dreadknights. You can also use Landraiders for transports|fire support. Obviously you’ll be fielding Draigo since he unlocks Paladins as a troop choice. Draigowing produces very small armies in terms of model count so every point must be carefully spent in order to build a solid list. Some don’t consider this type of army to be competitive but I have had lots of success so far. This article will provide some basic intel on the various units you’ll find in this nifty army.

This unit weighs in just under 250 points. On the charge they can lay down 12 S5 force weapon attacks at I6 and 3 S10 daemonhammer attacks (assuming Hammerhand is successfully cast – which it will be most of the time). They can wreck many units in close combat and easily pop armor as well. Terminators armed with halberds make BA DoA cry and give Wyches and Genestealers a moment to pause while considering is it really worth charging them. Their shooting is just as impressive – 4 S7 rending shots plus 8 S5 shots – all the shooting has an effective range of 30″ since they are relentless. To me they are one of the best choices for a troop and very reasonably costed.

Justicar Thawn
Thawn is an expensive model. Most see him as nothing more than a novelty. Thawn is a level 2 psyker with WS5 and a halberd which all combined can be very powerful indeed. Thawn can cast both Hammerhand and activate Nemesis force weapons in the same assault phase. The combination works very well versus enemy units with one or more multi wound models. If the Justicar dies he always gets back up the next turn on the roll of 4+ on 1d6… This can be a thorn in the side of many armies, especially those that are lacking in close combat prowess such IG. Alone Thawn can snipe enemy HQ by striking in close combat at I6 while casting both Hammerhand and activating his halberd.

To me he is well worth the points and basically adds another HQ to your army. I always take him.

Here is how I run a ten man squad of GKT including Thawn:

You can break them down into combat squads using the template I provided above for my five man GKT squads.

Paladins
This unit is the heart of the army. Paladins are 2W terminators with WS5 plus they also get halberds and daemonhammers for free as well. They are your other troop choice. You can take two psycannons per five Paladins so it’s possible to have four in a squad of ten… That is very powerful and can be used as one of the main strengths of the army. Each Paladin is a mini HQ in his own right. You have to know how to protect them from high strength low AP shooting such as meltaguns to keep them alive and it’s easy to do. They are every bit as good as a Terminator and obviously even better. You’re only paying 15 more points for an extra wound and +1 WS. Paladins work best in large numbers with the full compliment of psycannons and psybolt ammo. I don’t waste any points on master crafting their weapons… remember this is all about Draigowing!

You can take as little as a lone Paladin per squad. I find this concept to be very much meh. : / Sure he can hold an objective since he scores but he is also a very easy kp to give up. You can’t afford to fritter points on silly units such as the Solodin if you want to build a good Draigowing.

A Word on Combat Squads
I was never a big fan of using combat squads until I started to play Grey Knights then I had a sudden change of heart. If you take ten Paladins they are a perfect choice to break down into two combat squads. I like to take a full squad and split them so I have one combat squad with four psycannons – they obliterate armor and can decimate just about any enemy infantry as well. 16 S7 rending shots is fierce-some indeed. I like large squads of terminators and will also often break them into combat squads. A Word on the Grand Strategy
Using combat squads and the Grand Strategy together means it’s very easy to have at least four or more solid scoring units. This is also a part of the power of Draigowing. You have a small army but everything is quite potent and most of your units can score.

Psyflemen
What’s to say? Everyone knows just how awesome they are. I recently had a duel with my two psyflemen versus an IG Hydra squadron – S8 versus S7 saw the dreads wrecking both Hydras with no damage in return… Somewhat impressive in my opinion.

My one piece of advice is to run one Venerable if you’ve got the points to spare. BS5 does make a difference over the course of a game plus forcing the opponent to reroll results on the AP table is also worth the investment… It makes them tougher to kill and your opponent has to spend more firepower to silence the threat. Like I said every point spent is important and I believe this is a good upgrade but not absolutely necessary.

Sometimes I’ll take an Eversor assassin to protect my Psyflemen. That way they don’t have to waste anytime assaulting harassing units such as Stormtroopers or Reaver jetbikes and can keep shooting at bigger targets.

Here is some feedback I have received on the use of Psyflemen in a Draigowing army:

“I disagree on taking just one or two Dreadnoughts in a Draigowing list. Yes they give you some good firepower but all of your enemies’ heavy weapons outside of lascannons are shooting at them. The strength of a terminator-heavy army is that things like autocannons and missile launchers don’t have any good targets because everything has a 2+ save. If you put in a Dread or two, suddenly those heavy weapons have something they can realistically hurt.”
…
“In reality the army needs long range AT to be truly competitive. The basic landraider does not fit the bill nor do Grey Knights have access to cyclone missile launchers. Psyflemen must take advantage of the Librarian’s psychic power The Shrouding and that coupled with Fortitude will typically keep them rocking all game long. You can take three or even more but this starts to rapidly cut into your core troop choices. I have found that two is the exact perfect number for me.” The Nemesis Dreadknight
I run one with a personal teleporter plus a heavy incinerator. He costs just less than a Landraider. His best use typically is when you can outflank the metal clad behemoth. 12″ range plus 12″ extension of the 8″ template gives him an effective range of 32″ when firing his heavy incinerator. It’s very easy to reach out and vaporize pesky units such as IG HWS and any dark eldar unit. He is just brutal versus IG blobs and can torch the command squad… blast the command chimera with your psyflemen then toast them when they pop out! The one down side is the NDK is a proverbial fire magnet. He won’t last long versus a shooty army such as IG so he needs to get stuck in as fast as possible. Use the NDK to take out a critical enemy unit and leave them reeling.

Draigo and the Librarian
These two powerful characters form up the very heart of the army. They deserve their own separate article so I’ll cover them at a later date.

Conclusion
I have covered your basic choices for the army with the exception of the Landraider and its variants. The Landraider is very powerful in a Draigowing army but it also cuts down your model count. I find a couple of Psyflemen as must have so you have some good long range mobile fire support. The army is best played as all infantry.

So have you played against a Draigowing army yet? They are a lot better then given credit. Allan Hernandez recently came in 3rd place at a 7 round GT in San Francisco with his little Draigowing. I notice he did not receive much credit in the interwebz but it shows what the army can do in the right hands!

Author: Steve Turner
Steve turner is a competitive Warhammer 40k player and avid hobbyist. He has been actively playing for over 20 years. He began writing for BoLS in 2013.
Advertisement
Editorials Grey Knights Tactics Warhammer 40k
Advertisement 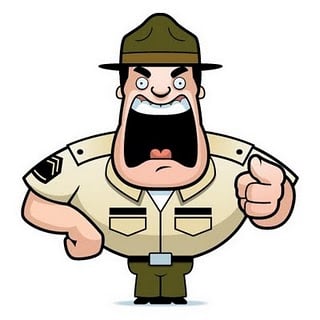