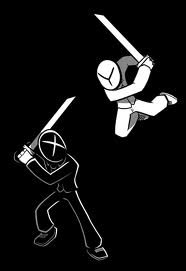 The Dark Eldar have two transport options; the original Raider and the new badassery Venom. Each have unqiue selling points, but which one is the best? Mercer from Imperius Dominatus is going to find out.. The Raider, like all Dark Eldar vehicles, is pretty weak. It’s armour 10 on all sides and open-topped which isn’t good for when you’re been shot at – even a S4 weapon has chances to take it down. I think really that’s the bad stuff out the way for the Raider. Good stuff is this is a fast skimmer so turbo boost away to get cover saves (beware of Imperial Guard Hydras!). It comes with a dark lance as standard, and as it’s a fast skimmer you can move and fire the dark lance. This in total gives a possible 48″ range for the lance combining both the weapons range and movement of the vehicle. So basically pretty much anything you shoot at should be in range. Before I forget it’s worth mentioned the vehicle gets night vision, though Dark Eldar get this as a army wide special rule and it has a transport capacity of 10 models. All of what I mentioned about the Raider costs 60 points, which I don’t think is too bad.

The Raider as a number of options for wargear, most which are viable depending for the unit inside. The first option is to replace the dark lance for a disintegrator cannon. If anyone is not familiar with the distie (my pet name for the disintegrator) it’s heavy 3 S5 AP2 with the same range as a dark lance. The distie is great against infantry and will maul power armour and even make models in terminator armour etc think twice. For a free swap I think it’s pretty cool, but situational on the unit inside if you require the swap.

First upgrade on the list is the shock prow. At first you may turn your nose up at this, but it lets the Raider tank shock (it’s a fast skimmer so cannot do this standard) and adds D3 armour value to the front, handy for ramming. This upgrade is handy to turbo boost 24″ and tank shock a unit off the objective.

The TGL makes any enemy unit within 6″ to suffer a -1 to it’s leadership. If a enemy unit wants to assault the Raider they must take a morale test, if they fail they cannot assault the Raider. Now we know what the TGL does, and if I am understanding the rules properly you get a double whammy bonus with this wargear upgrade. Firstly any unit within 6″ suffers -1 to it’s Leadership, this is extremely useful if a Dark Eldar unit is assaulting and already the enemy unit is at -1 for it’s Leadership. Second half gives the Raider a bit of defensive for any counter assaults making the enemy unit take a morale test, again it would be -1 because the Leadership is reduced. If the Raider is carrying a assault unit i.e Wytches this would be handy.

This upgrade lets the Raider move a additional 2D6″. Lets say you turbo boost 24″ and get 12 for the sails then that’s a 36″ move in total. Sure you cannot fire the guns and no passengers may disembark, but add this with the shock prow and you can tank shock a possible 36″ – also consider if you deploy 12″ from the board edge it’s possible to tank shock first turn!

Basically allows the Raider to deep strike. Would I deep strike a Raider? No I wouldn’t. Also if I remember correctly doesn’t a Dark Eldar special character let Raiders deep strike for free, Duke Sliscus.

Chain-snares cause D3+1 S4 AP- hits over any unit the vehicle passed over that turn. I think the strength is pretty decent, and if my maths is right on average you should see 3 hits from this. Is it worth it? I’d rather invest into other things personally.

Grisly trophies let any unit within 6″ re-roll leadership tests. What I find is I usually end up needing to re-roll my failed morale tests from the transport exploding inthe first place – so I am not sure if these would be particularly useful. Anyone used these before?

The blades bascially cause a S4 AP- hit for every 1 a enemy unit rolls during assault on the vehicle. I doubt a unit will roll probably many 1s so I probably wouldn’t take this upgrade.

Splinters racks basically give a unit using splinter rifle twin-linked. This would be handy for a unit sitting on a objective blasting 24″ shots from the Raider or when in rapid fire range, though just remember rapid fire puts your weak Dark Eldar pretty close so make sure the enemy unit is dead. This upgrade would be useful with a Raider carrying Duke Sliscus thanks to his 3+ poison rule.

In a nut shell this reduces the enemies shooting by 6″. I’m not a huge fan of this as you need to be 36″ away to fire the dark lance etc. If you can hit a target 36″ away then lets say a lascannon with a 42″ range reduced thanks to the night shields can still hit it.

Perhaps one of the best upgrades for the Raider and only a bargain 10 points. It gives the Raider a 5+ invulnerable save, while some people might turn their noses up at this, it does give 33% chance to save. Also remember it’s a invulnerable save so this will work in combat too 😉

Now we know what the Raider can access what’s worth taking on it? Well flickerfield should be mandatory, but what about anything else? Well other stuff depends on the units inside the vehicle. Torment Grenader Launchers would be useful for Wytches giving -1 Leadership to units before assaulting. If a Kabalite Warrior unit is with the Duke then splinter racks would be interesting. If you fancy yourself as a bit of a tank shocker then shock prow with the sails make a very nice combo. Time for the Venom, the new transport kid in the D.E codex. Like the Raider the Venom is armour 10 all around, open-topped and a fast skimmer. It can only transport 5 models and comes with a splinter cannon, splinter rifle and the most important wargear is does come with is the flickerfield. Like all Dark Eldar units it has the night vision rule too.

The Venom has limited options for wargear, no where near as many as the Raider. The first option is it switch the splinter rifle for a second splinter cannon for 10 points. This is a good buy but more importantly gives the Venom a boat load of anti troop fire power. As the Dark Eldar weapons have no strength value and vehicles can move and fire heavy weapons that means the Venom can move 12″ and unleash 12 shots from the double splinter cannons. The splinter cannon already has a impressive range of 36″, add in the Venoms movement and you’re talking the width of the board.

Other options are the retrofire jets, chain-snares, grisly trophies, envenomed blades and night shields. To be honest none of them I would take on a Venom.

Both the Raider and Venom have some excellent qualities, and like the entire codex are balanced against each other. The Raider perhaps is more flexible in terms of options and can also do anti tank or anti troop with it’s guns, while the Venom can only do anti troop. The Raider is also useful if you do not want to go the MSU (Many Small Units)  route.

The Venom is excellent if you wish to do MSU style army as a squad inside can typically take a anti tank weapon i.e blaster open up a transport and the Venom unleash mass poison shots into the crowd. The Venom also has the ability to hide easier as it’s a smaller model. The downside if is the anti tank fails from the unit inside then the Venom cannot do anything, at least with the Raider the vehicle itself has a anti tank weapon and possibly the squad too, plus has longer range with the dark lance over a embarked squads blaster.

I think with the Venom and Raider it’s horses for courses. Both have their merits and would work out in various armies depending what style you’re going for and what units you want to carry. If you’re taking a large assault unit i.e Wytches then a Raider with TGL would be suitable, perhaps the same for Incubi as you can use the dark lance to open up a transport and then the assault unit charge in. If you’re going MSU then Venoms would be the better option allowing you to cram more of them into the army, not to mention they bring a bucket load of anti troop shots.

Venom or Raider, which one you prefer and why?

EDITORIAL: There Are Only Two Strategies 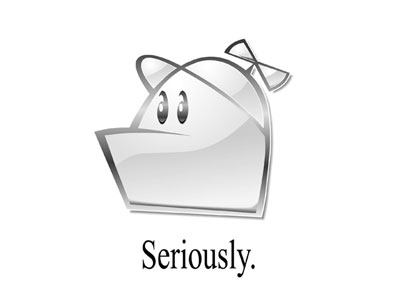